Written by Brandon Geib with contributions by Carleen Sadowski for diversity.
13. Luke Bryan- Crash My Party

As always, Luke Bryan is a stud. If you listen at all to country radio, hits like “Crash My Party” and “That’s My Kind Of Night” off his fourth hit album cannot be escaped from, and why would you want to? In fact, Luke Bryan may be the only artist who cannot only get away with lyrics like “Scoot your little hot self over here, girl hand me another beer”, but somehow make girls everywhere wish he was singing these lyrics about them. If that’s not deep enough for you, the album also features the hit “Drink A Beer”, an emotional song about the experience of the death of his friend that could bring tears to the eyes of even the most stone-cold individuals. Well done Luke, you studly champion of country music.

Danish trio New Politics broke their way onto the popular music charts with their hit single “Harlem” off their sophomore album. The band finished off their successful year with an electric performance on the Las Vegas strip on New Years Eve, convincing me to give their album a listen. What I found was a sound not exclusive to popular music, but a diverse album whose songs could fit into multiple genres: from dance music, to punk, to ska. If you’re looking for a heterogeneous album that leaves you surprised each song was recorded by the same artist, be sure to check out A Bad Girl in Harlem.

11. Touché Amore- Is Survived By

Coming into their third full-length post hardcore heavy hitters Touché Amore manage to maintain at a level beyond most of their peers. Under an ambiguous genre head and with a phenomenal sophomore album it was unclear if they could deliver yet again. But true to source they did, bringing fast passionate songs into focus with vocals that will tear your heart out, yet somehow leave you glad they did. “Kerosene” provides a look into the inner turmoil of having to make decisions and knowing that your capacity for knowledge is dwarfed by the amount of knowledge that actually exists. Oh, did I mention they manage to accomplish all of this in under 30 minutes… again.

If you like your music to suit expectations look elsewhere. With a style as unique as hipsters wish they were SHONE releases a debut album with enough rhythm to keep you dancing and enough tragic tale of stripper murder to make sure you stop immediately. Give the song “Baby Shakes” a listen and you will decide in one listen whether you love or hate them. Featuring Vin Accardi of Brand New the band feels like an electronic post-modern emo. If you know what that is, awesome, cause I am not quite sure.

I usually don’t listen to rap music. But there are a few artists among the Atmosphere, Grieves crowd that catch my attention and Watsky managed to sneak in there. Having formerly participated in Epic Rap Battles of History Watsky obviously brings a good amount of humor to his work, particularly on tracks like “Kill a Hipster.” Perhaps more impressive is he can move past the jovial attitude to make songs that actually have deeper meanings and talented execution, particularly “Dedicated to Christina Li.” The song calls to light our judgment of others for the shallow isolation it really is, and how makes you rethink how you treat others by calling to mind their own humanity and consequence.

Another tread into exciting new territory was the debut album of Half Moon Run. Fresh off of their first US tour, with Of Monsters and Men the band released several killer songs. A personal favorite “No More Losing the War” brings in their ambient sound with a beautiful vocal serenade, while earlier on there is a nice contrast through an exceedingly different yet same genre song entitled “Call Me in the Afternoon.” Overall another great artist to watch progress in the years to come.

7. Balance and Composure- The Things We Think We Are Missing

I watched my computer all day so I could catch this album the second it reached the streaming utopia that is Spotify. As soon as it came up I sat down for a solid listen to one of my favorite bands to grace the scene today. I listened through track after track until I reached number seven. “Cut Me Open” started and over the next thirty seconds I was wound up into a state of jubilation at what seemed to be the best track on

the album. Then it stopped. Then it started up again on the next song. For a whole week this continued with me only able to hear the first little bit of the song. Finally the problem was fixed and I could listen all the way through. Trust me it was, and totally is worth it. Oh yeah, they also sound kind of like Brand New and sing about being alone and stuff.

Perfect. This is what pop punk needs to be. On the heavy end of that respective spectrum Polar Bear Club never cease to amaze me. With their fourth studio album they come out on the other side of having changed to Rise Records, a dubious choice for a band of their scene, and Jimmy Stadt, their lead vocalist, finding his vocal range had somehow shifted. In the wake of this the band adjusted their style and found a way to keep going strong with heavy hitting songs like “WLWYCD” and retrospective anthems such as “Upstate Mosquito.”

Hardcore royalty has returned. Coming back from a break up/ hiatus/ whatever bands want to call it now a days when they quit playing music for six years Modern Life is War usher in a new era. Most Hardcore outfits either don’t live long enough to see themselves change, or become so struck in the same mindsets they are unable to grow out of a fear for that deity powered curse word, sell-outs. Modern Life is War on the other hand bring in an album as fast and vicious as I have ever heard, while examining what it does to a person to be caught in the same routine for a decade. They found the nice place between serenity of mind, “Health, Wealth, and Peace,” scathing aggression, “Media Cunt,” and hope for the future, “Find a Way.”

4. The Front Bottoms- Talon of the Hawk

While maybe not the most prophetic of the bands on this list The Front Bottoms are just fun. They issue in a playful pop-punk sensibility that stands out by actually not mentioning pizza in every song. They might do it once, I can’t quite remember. They do take the healthy route with “Peach” though, a serenade to a lover that actually stands out through way of its quirky lyrics, and up-tempo rhythm. You just can’t beat a good time if its what you need, and if you need it go listen to Talon of the Hawk.

3. The Wonder Years- The Greatest Generation

People I have met fall into three categories. They like the Wonder Years, in which case good on you, they have never heard the Wonder Years, in which case you should go do that right now, or they used to like the Wonder Years. To this last group I want to say, why? Why? Why did you decide that a band that has grown from album to album approaching related but different topics with each release, and improved their capacity to wield their instruments, wasn’t worth your time anymore? As soon as the Wonder Years left their pizza pop-punk days behind people decided they weren’t worth it. Did you really prefer songs about nothing to well-written accounts of the pain in looking to the past and future, of overcoming adversity as a child, of becoming better then what you care? That was a bit of a rant; you should listen to the song “The Devil in my Bloodstream” though.

2. Streetlight Manifesto- The Hands That Thieve

Streetlight Manifesto is the best not ska, ska band I have ever heard. While commonly lumped in the genre, Streetlight transcends the borders and really makes their own notch – one that I have never heard anyone touch. They come in, as always, with upbeat guitar, solid, full bass lines, and a spectacular horn section. The high point of the album is a song called “If Only For Memories” which accounts the struggle between whether to stay or leave your home and the benefits that both have in the course of a lifetime, something I think particularly relevant to all of us at college.

1. The World Is a Beautiful Place and I am No Longer Afraid to Die- Whenever, If Ever

I have listened to the song “Gig Life” on repeats for hours on end. I have laughed, cried, danced, and sang to every track. The World is… is the pinnacle of what it means to be part of the emo revival. Brining in ambient sensibilities, and a synth lace to the songs, the band manage to transcend their counterparts and establish dominance. They speak to a generation who feels like they are running on empty, who find themselves drifting from friends and pissing off landlords. 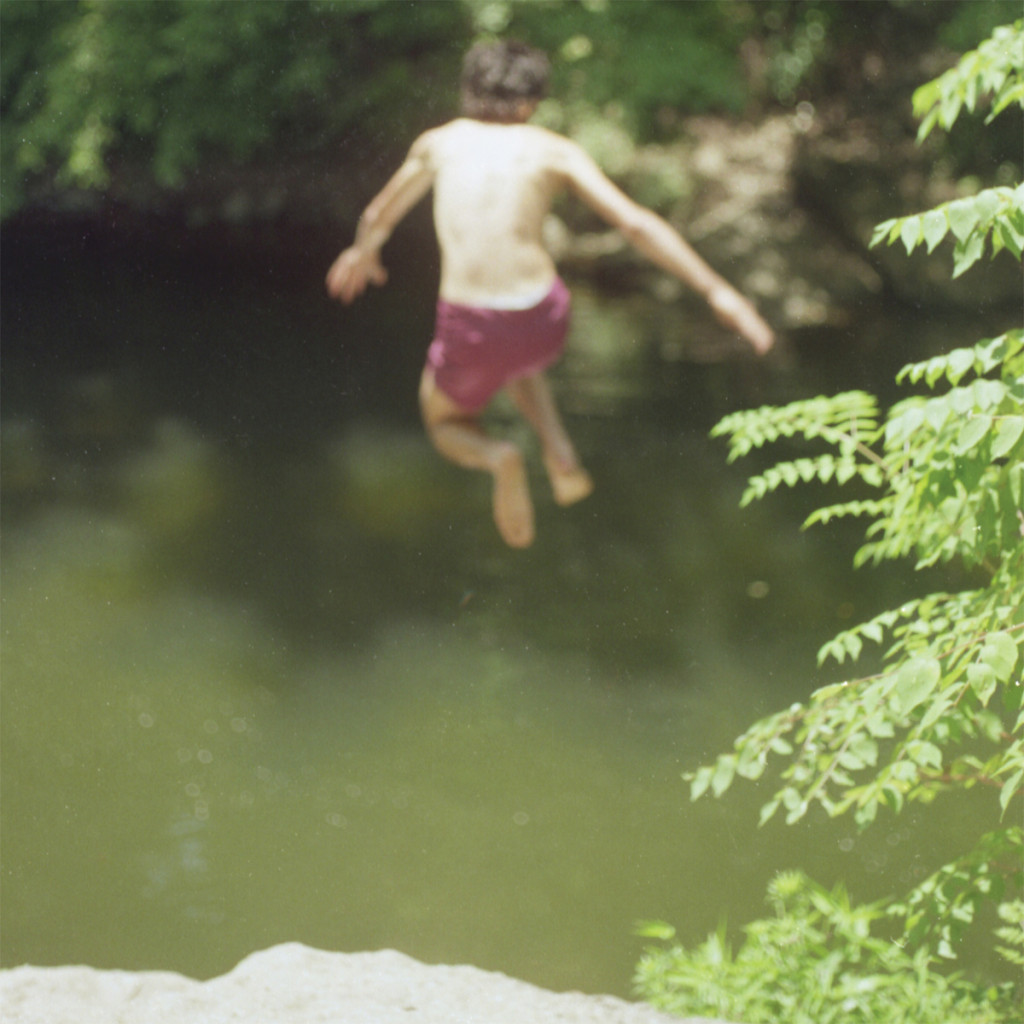