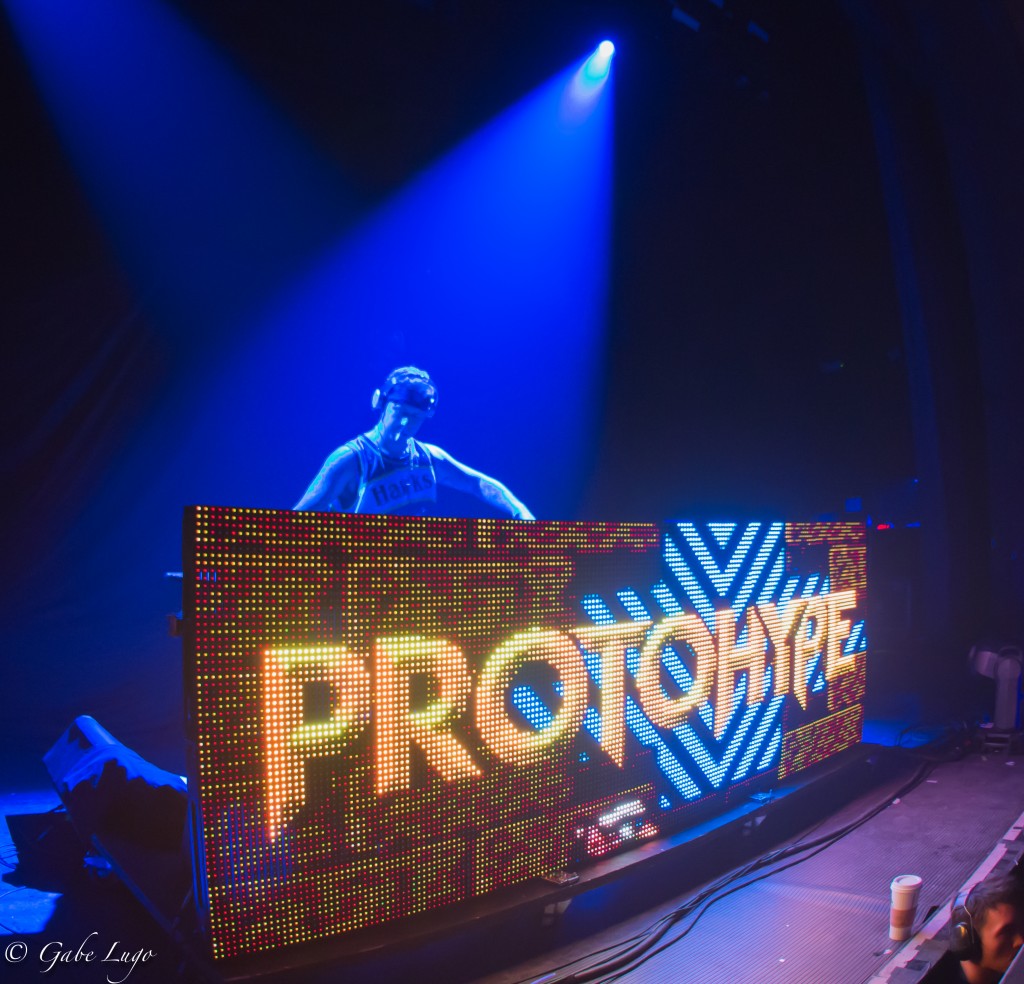 Interview and photos by Gabe Lugo

Ink: Who would win in a fight: Betty White, or the Queen of England?

Max: Definitely the Queen, no contest. She’s a bad bitch. Betty White is like too sweet and cool to fight. Worst case scenario the Queen would probably have her Royal Guard come finish it… like, “Off with her head!” type stuff.. so yeah, the Queen would win.

How’d you get started making music?

Growing up in Nashville TN, me and my homies all listened to southern rap. Some of us were into classic rock, we were well rounded musicians, our parents raised us that way and we grew up with it. In the 8th grade, me and my homies had this rap group called ODK and they needed someone to make beats, so it got started there. Then I got signed to local hip-hop label in Nashville. I did that through high school, took a break in my freshman year of college, but once I heard Dubstep I knew that was a great way for me to get back into making music. I never really wanted to stop making music… so I dropped out of college, moved to LA, and went to music school. 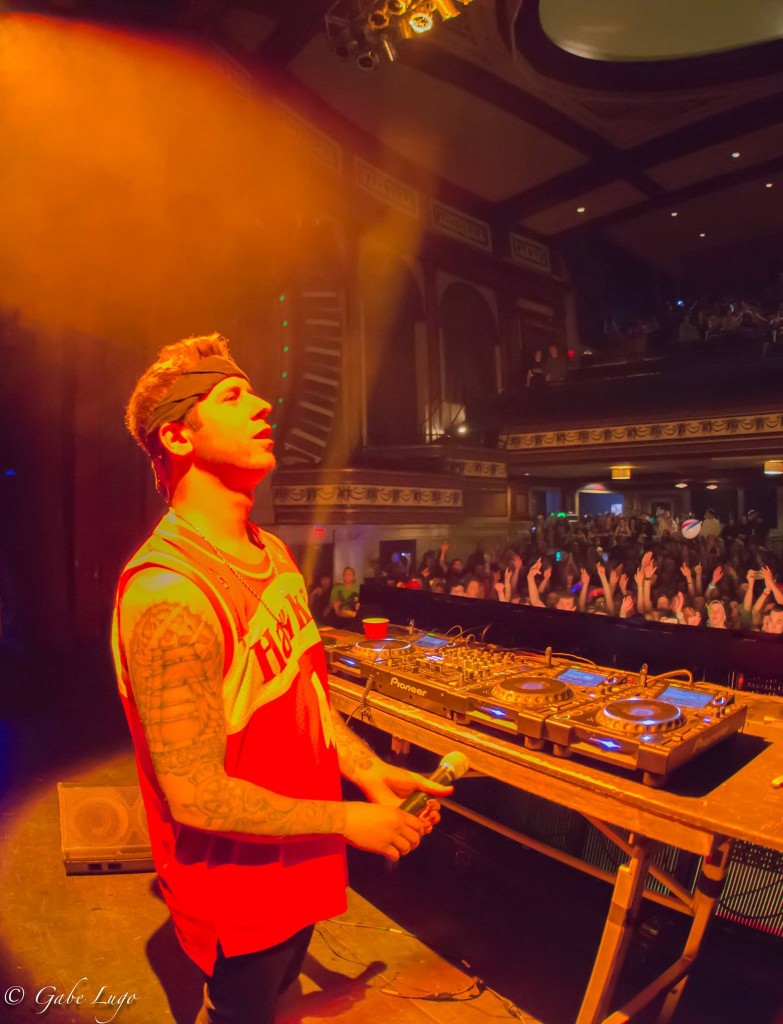 Richmond is full of aspiring creatives and musicians, what advice would you give to someone who wants to make a name for themselves?

There’s two answers. The first one is the stereotypical answer. Find your own sound, be unique. The second part is to learn the business side. Learn branding and build your brand, find a cool logo, develop your own tour, meet and network with people cooler than you and become friends with them, but try to be yourself through all of this.

Did you get help with learning the business side or were you self-taught?

I never wanted any of this, to be honest. I always liked making music. Then one day I’m making a soundcloud, making a name, next thing you know I’m doing free gigs and raves… before you know it I’m dropping out of college and going to music school. I never really expected this.. but I love the business side of things. There’s so many different ways to approach the music business, and I’d really only consider myself to be mildly successful. But I’m having fun, I’m being myself, I love performing and being sociable.

My brand is all about me being myself. Some musicians are more introverted and they develop a brand around this image other than themselves. They have dope-ass visuals that fans associate with their music.But that’s not me. I want people to know my face and who I am, it’s about me and my music. So find where you lie between the two ends of the social spectrum whether its introverted or extroverted, be yourself, and just embrace it. I guess every music producer is kinda introverted, your work is deep like any other art form, like making a painting. You kinda shut everything out sometimes and get lost in your work. The question is, do you want to get past that? So just try it, give it your all, and if you can’t do it then you can’t do it at least you gave it a shot, you know? 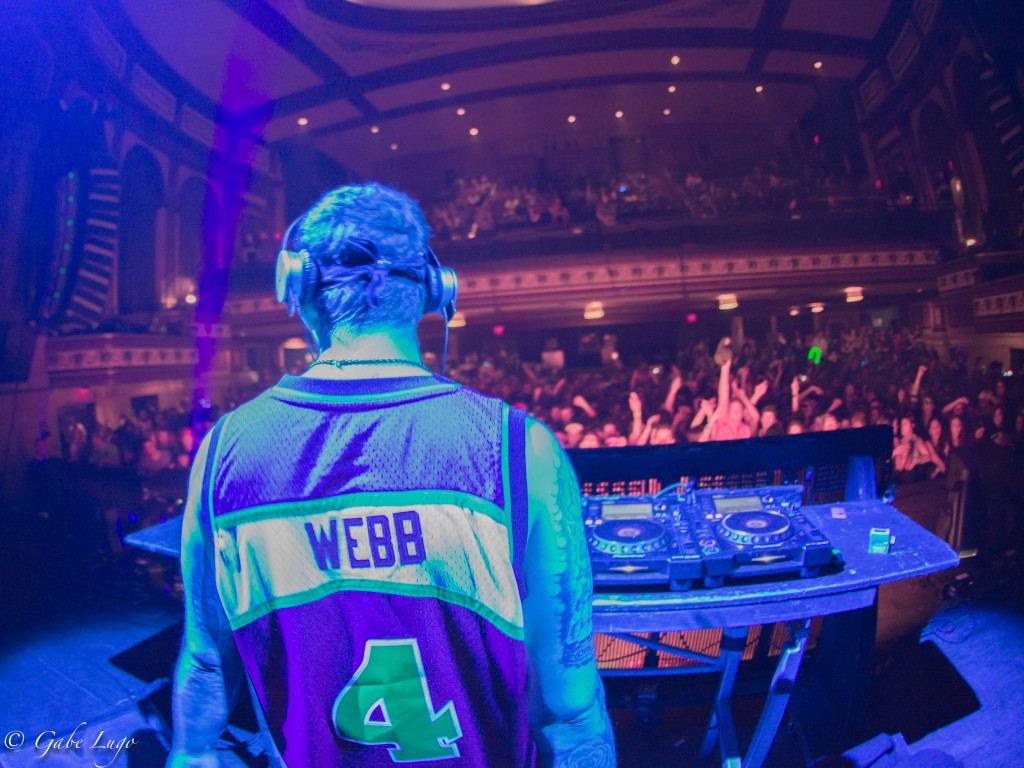 If you could change one thing about the current state of electronic music, what would it be?

I wish people wouldn’t be so competitive with each other. For example, people who are like on the same level will argue about stupid shit like whether their name goes on the left side of a flyer or on the right side. Top or Bottom. Like, they’ll get into these disagreements and refuse to play a show if they don’t get their name exactly on the spot they want on the flyer. That’s all because money is involved in it. Anytime you bring money into a professional situation, there will be competitive disagreements. When you look at the EDM scene, you could say we are like the NHL. We’ve made it, we are professional hockey players. But everyone wants to make it. Everyone wants to start [and] nobody wants to be on the bench. So imagine being on the bench is like being 3 steps below somebody that you respect and are friends with on a show’s lineup. Everyone is going to be competitive and try to work their way to the top of that lineup, and they step on toes and give people shit just trying to get off the bench. I wish people would just be friends, get along, and enjoy the music.

So let’s flip that question around, what’s your favorite aspect of the scene?

I love collaborating. When I collaborate with other artists, I learn so much. A majority of the guys out there are self taught. They all have their own unique styles and techniques. The more you collaborate the more you learn. There’s a million different ways to get from point A point B in music production, and you can really grow by learning how others do things. 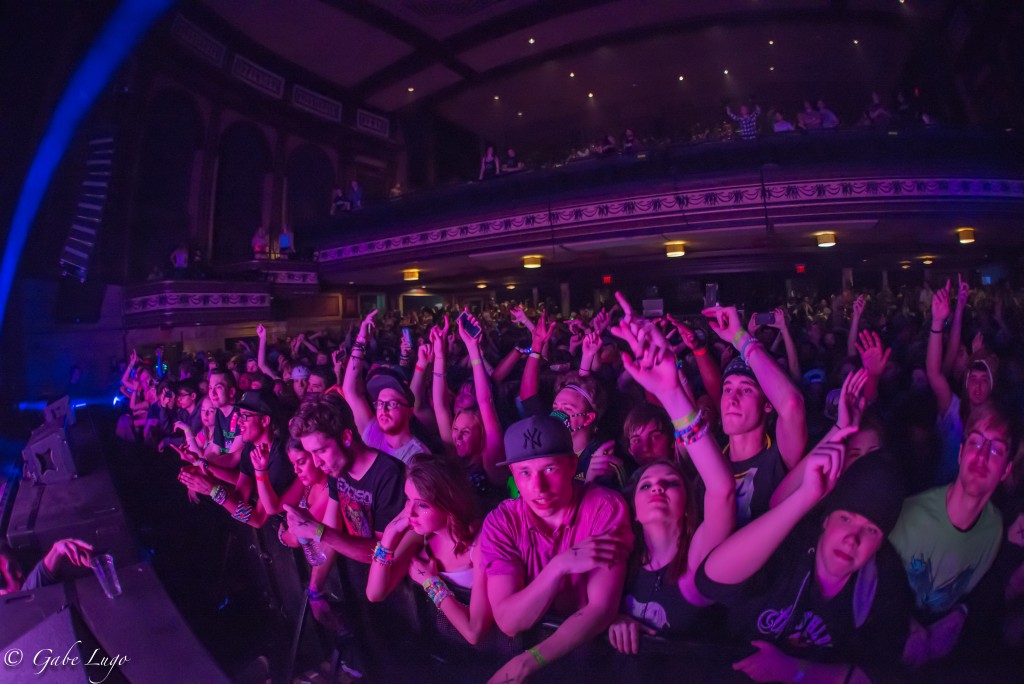 Who are you dying to collaborate with?

Sonny a.k.a. Skrillex [is] a good homie of mine. Not sure if it’ll happen, he’s such a busy dude. Zomboy would be dope too.

What about other genres, is there anyone else you’d collab with?

Rage Against the Machine if I could collab with anyone. I dunno like Sum 41 or Blink 182 would be cool too, just to see what the fuck happens. Travis Barker maybe? If I could go back in time, Freddie Mercury.

Would you collab with Bieber?

Yes. I would, for sure. He’s a talented musician, he can sing really well. I think he just got caught up a little young and people hate on him. It’s so easy to hate on him, but I’m not gonna lie. You can’t say he’s not talented. As far as music, he can sing, he can dance, he has a badass manager, his whole brand is worked out. He came from nothing and worked his ass off as a kid, so yeah. I’d work with Justin Bieber. 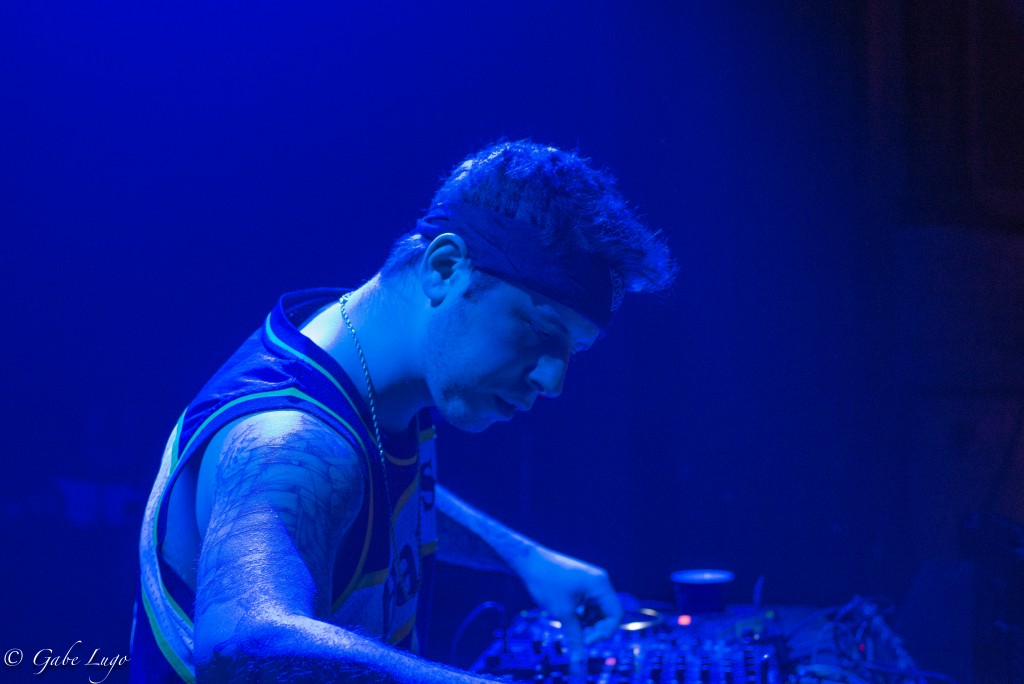 I love dogs. I tweeted one day that I’d give a dollar to the ASPCA for every retweet. Took a nap, woke up, and Bassnectar or somebody way bigger than me retweeted it, so I had like 1000 retweets from that. And I was like word. I don’t have much money, but I ended up giving $1000. I found out $12 saves 5 animals, quick math [and] that’s one dog a day for a year. So that sparked it for me, people started sending me pictures of their dogs and shit. And it just kind of grew into this whole thing and now it’s a non-profit that I’m working on.

It’s almost there, it’s a lot of paperwork and shit. It would basically look like… me just flying in early for shows, having meet and greets at the humane society and stuff like that. People would make a donation and they can hang out, clean dog shit, get free tickets to the show and get some free merch. I’m really excited about it. 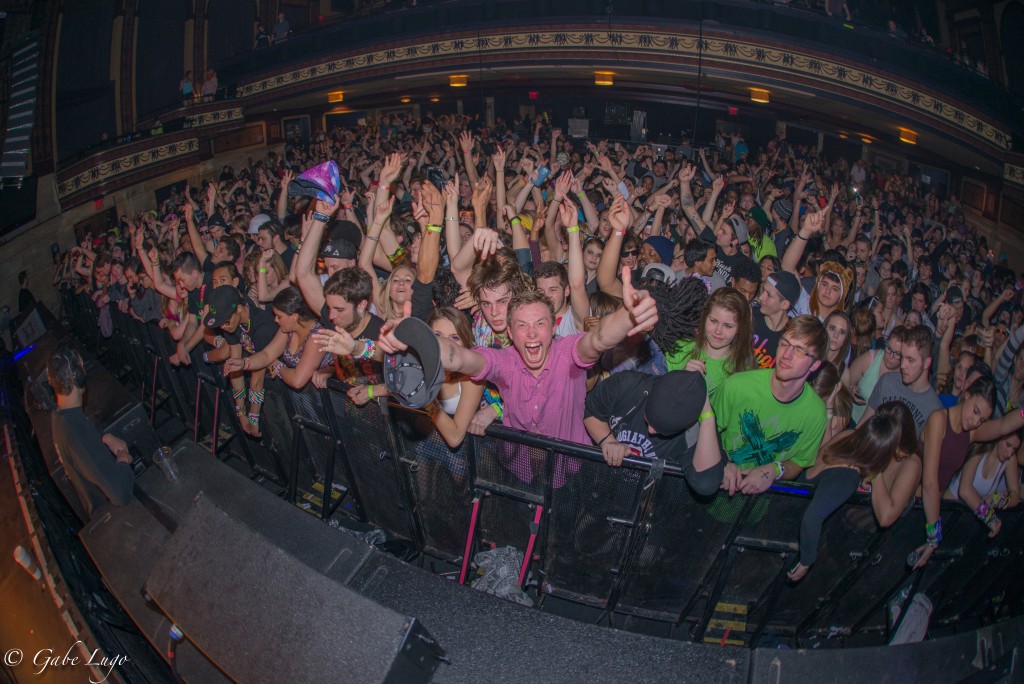 If you could only choose two weapons to get you through the zombie apocalypse, what would they be?

Definitely a sawed off shotty and .50 Cal sniper rifle.

Shotty/snipes would be loud as fuck. You’re not worried about being stealthy?

Well I don’t expect to actually survive, so I’m not too worried about living. I might as well have fun with it and take out as many as I can before I get bit.

You wouldn’t off yourself to keep from turning into a zombie?

Nah dude, being a zombie would be chill. I’d eat people. I don’t give a fuck. 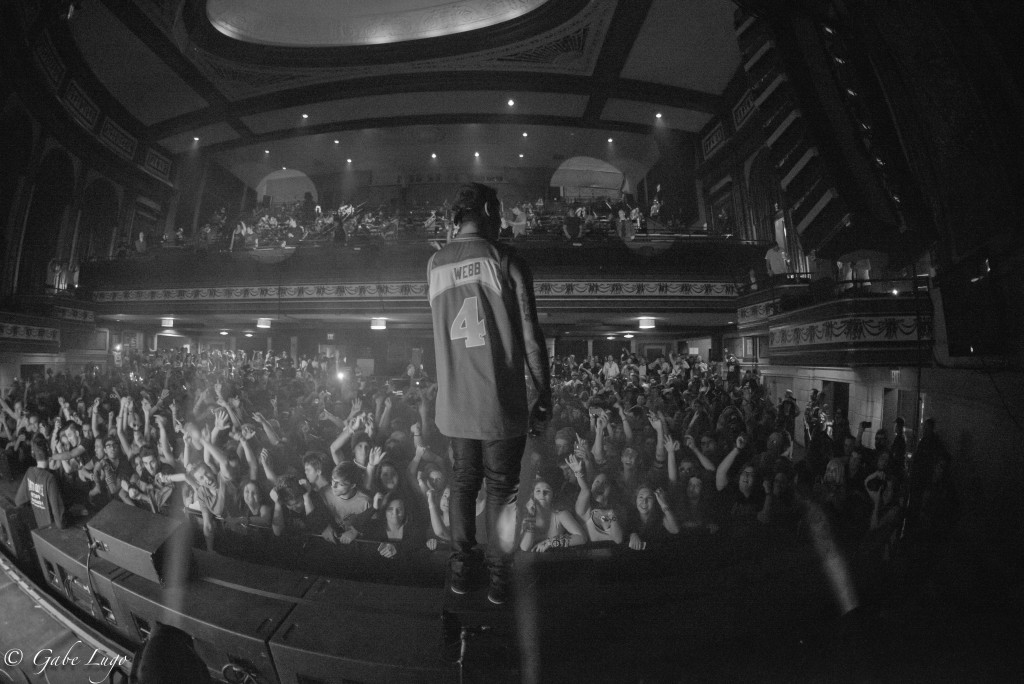