A Conversation With India Nashia

We sat down and talked with up and coming Virginia artist India Nashia about her new single “Lights Off” and her future as an artist. 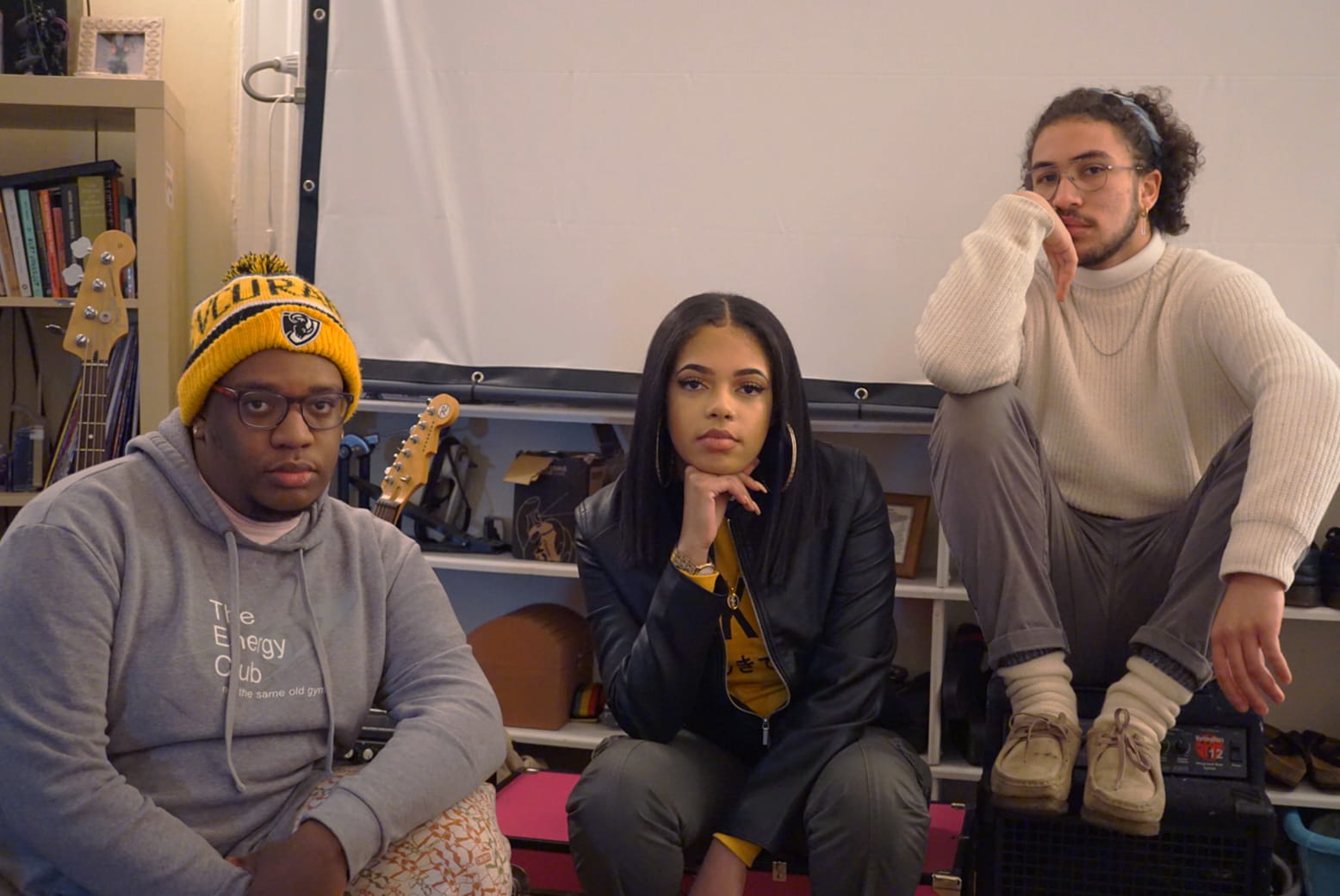 Kaelan Brown (KB): We are here with India Nashia, chillin like a villain, who just released her new single Lights Off! Shit is tight, awesome production from my boy Mic over there. I just had a couple questions for ya!

Kyle Mayo-Blake (KMB): Who are you? Where you from? What’s going on with you?

India Nashia (IN): My name is India Nashia. I’m from Richmond Virginia, but I’m currently living in North Carolina. I do all my business stuff here.

KB: Have you worked with any DMV/RVA artists at all here?

IN: Before I was signed, yeah.

KB: How do you think music came about in your life?

IN: I’ve been singing ever since I was very young, but during my senior year of high school I had to go through that phase where I needed to know if I wanted to go to college or if I wanted to pursue music. My decision was to pursue music, and that decision and that question is what made me want to actually go for it. Everyone’s going to college and stuff, and it makes you question, “is music a real job”? You know what I’m saying? But it came and it happened.

KB: What are some of your earliest musical influences and memories?

IN: Definitely Mariah Carey, Janet Jackson, Christina Aguilera, Michael Jackson. I grew up in a two bedroom apartment with six people and each person had their own musical influences. My mom liked Babyface. I’ve always loved Jhene Aiko even before she was poppin’. I always thought she was really cool and I found her really spiritual.

KMB: Mariah and Christina are both known really well for their range as singers. Is there something that drew you to that style?

IN: Well I grew up on them, like my mom listened to Mariah Carey and Christina Aguilera and I remember trying to sound like them and trying to have a range like them.

KB: You’ve got two singles out now, Nightfall and Lights Off. The Nightfall vibe was dark and subtle in its feeling. Lights Off is almost like a Kill Bill vibe. I wanted to go into that a bit. What is the inspiration? Why is it that you’re trying to go for this “slit your throat type deal”?

IN: I feel like the song is empowering to girls and young women, and men to, because I feel like people sometimes stay in relationships even when they’re being done wrong because they don’t have the self worth to leave a person after they know that they’re getting done wrong. The song is essentially saying, “you’re doing me dirty, well it’s time for me to leave”. I know when I was in a relationship and I listened to songs like that, that I felt powerful and that I could leave the person.

KB: There are a lot of problems and inequalities with men controlling the music industry. As a black female artist trying to break into it, how do you feel going into that? Especially in a time that is so female positive and aggressive?

IN: The transition is essentially changing from being India, the girl who lives in North Carolina, to India Nashia. It’s a hard process and there are a lot of artists coming up now and I just feel like I’m one of them. I just feel like Im coming.

KMB: Are you finding it harder to acclimate to the music business, seeing as you kind of have to brand yourself?

IN: I wanna be that “cool girl” that’s chill, and she can do so much. I want people to know that no matter where they start , they can make it. I wanted to make music and I didnt know where to start. I didn’t know any studios or people, but I just started recording on my iphone and posting to instagram and eventually got signed to a label. I want people to know that they need to start somewhere. Someone’s gonna hear it. I wanna be the self made kind of musician. I want to give people confidence to do what they love and follow their dreams. Do anything to put your content out there, even if it’s just singing in your basement.

KB: Is there a project on the horizons?

IN: We are working on an album, but I can’t give too much information on that right now. Both of the singles will be on the album.

KB: Is there anything we can know?

IN: Its gonna have fire beats, fire production, interesting themes. You’re gonna get me being happy, me being sad, and all of the in between.

KB: Are there any stories that are specifically being told in the singles you’ve released?

IN: Yeah definitely, especially in Lights Off. I’ve been in relationships when I’ve been done wrong and have left with no hesitation because I feel like I don’t deserve to have to deal with that. Nightfall is about the guy not knowing what he wants and being wishy washy, and getting cut off as well. I wasn’t going through those things when I recorded the songs, but Ive been through those things.

KB: Recently there’s been a lot of hot pop and R&B out. What have you been listening to recently?

IN: Ariana Grande, because she released two albums in the same year. I’ve been listening to 21 Savage, and Solange. I think that’s about it. I really love the Solange one, she’s got so many cool beats and melodies.

KB: Do you see yourself ever expanding past a R&B/Trap sound and moving into something more abstract?

IN: Well I could definitely see that in the future, cause I do like that sound, and I do listen to it a lot.

KMB: I’m sure there have been situations where you have to approach something, but you need to approach it from your artist persona. How has that been for you?

IN: It’s hard, and I’m going through it right now cause I’m so new to everything. I have to realize that I’m not India Taylor anymore, but Im India Nashia and that Im a public figure that people will listen to. Its heartwarming, but at the same time it’s kind of overwhelming.

KMB: Did you just now get signed?

IN: Last year I got signed. It’s interesting, and I definitely have to get used to all the new stuff. I love my label and my support. They always stand behind me and help me in the studio.

Mic: CIM is comprised of over fifty people, mostly freelance agents who contract with CIM to do things like photo and video shoots. Business is business, but I do like having foundation on friendship.

KMB: What made you get the label attention? What was the start off?

IN: Well (Mic) and I went to middle school together and were both in choir. We never really spoke or had a friendship or anything, but later on in life my best friend ended up going to school with him. She hit me up and was like “theres this dude named Mike and I don’t know if you remember, but we went to middle school with him. We should go by his house and record something.” We went over to his house and recorded some stuff, but Mike definitely fucked with it.

KMB: What was the spark?

Mic: India’s tone is a little rare. I don’t run into a lot of singers that have a natural air to their voice. She definitely had Mariah vibes and her head voice was really intriguing. She started doing all these dynamics and stuff and, honestly I love singing and sing myself, but I’m a sucker for a good run. She started doing all this stuff and I realized “oh she’s talented”! There’s always room for improvement and stuff, but I just realized that she’s got the natural raw talent, and that’s enough to outweigh the potential that her voice has.