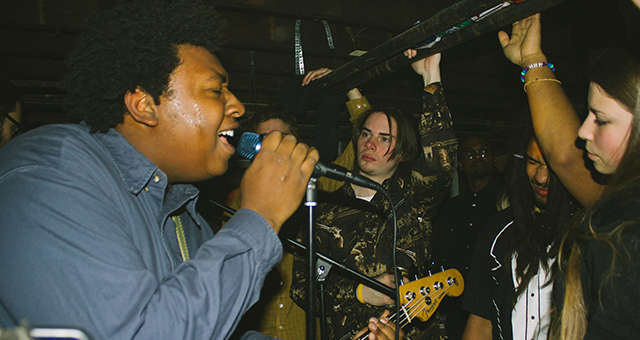 Photographs by Will Nelson 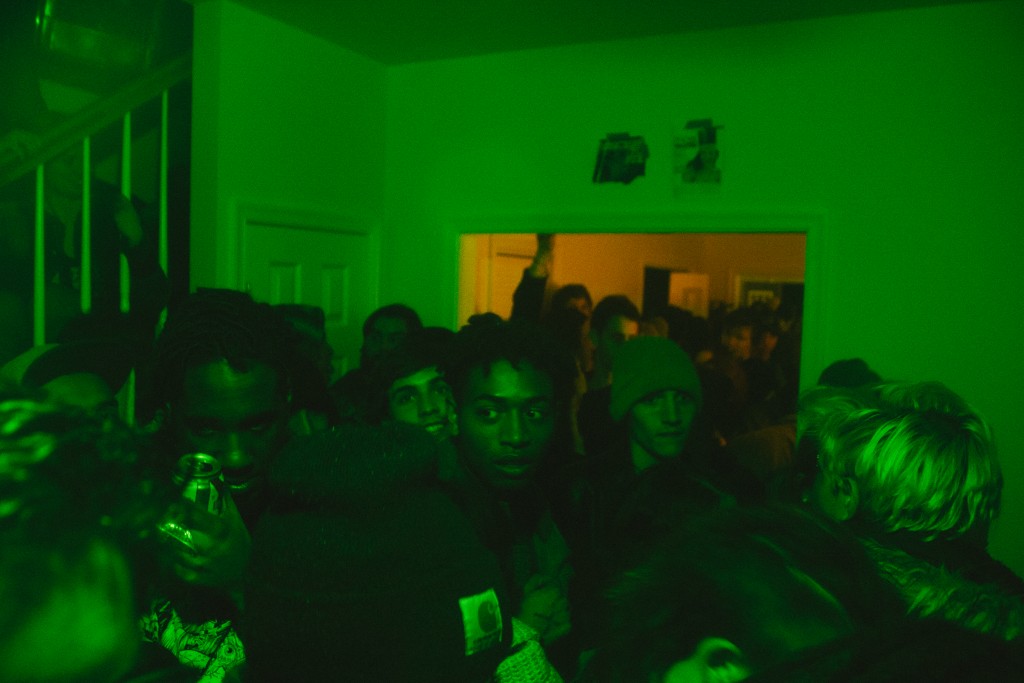 One of the key distinctions Richmond holds over other areas in  Virginia is the particular culture it has cultivated. An island of misfit toys of sorts, anyone, any creed, background I’d argue is better accepted in the fine streets of the River City. One of most notable examples? The music scene. You’d be hard pressed to find a more motley crew than the sweaty bodies that shove their way into a stranger’s home to catch their favorite local bands. One house show, headlined by Don Babylon epitomized just that.

The night started with an intimate gathering at Don Babylon’s drummer’s place in hell block . I found the fellows sipping on Richmond’s finest cliché and they welcomed me warmly. We knocked back a couple and caught up on the details of the night’s show. If you have never experienced a Don Babylon show, you are missing out. Regardless of your taste in music, you have to appreciate the energy they  elicit and the intensity of their crowds. House show or venue, it’s inevitable that the pool of listeners will evolve into a whirlwind of movement. We had one last drink before the clock struck nine, the band grabbed what cords and pedals were left and the journey to the house began.

Approaching the fence at the back, we pushed in the door and found a rather low key atmosphere. A few folks with beer and smokes in hand chatting it up, no sound coming from the inside. We were fashionably late, so what’s the deal, no music yet? I couldn’t have been more wrong. We navigated the house and found a few bodies lounging around the living room, and a loud thumping from the basement. This was where everyone was, stuffed in the basement. The band and I shuffled down stairs and ran into old faces at every turn. A good fifty millennials jammed in the main room obstructed the opening act. The band finished their set and the flood to the upper levels ensued. It was notably hotter down there, so I figured I would explore the party before the next act. It was not as easy as I’d imagined. The few folk hanging on the couches upstairs had easily tripled. It seemed the show was tonight’s main attraction. More and more swept through the house, and before the next hour, a crowd of almost two hundred filled in what little space was left.

I grabbed some fresh air with a few friends, noticed it was almost time to shove my way to the basement again. Except now the upstairs had become as crowded as the basement. Two separate parties had emerged, one in the living room with the Top 40 hits blasting, and another occurring under with guitars crunching away. A harmonious mix of people from all over the spectrum sharing one space. Freaks, geeks, punks, and greeks converged together for a good time.

Nearing 1AM, Don Babylon was about to take the ‘stage’. I tottered toward the front and grabbed the piping above me. This anchoring was vital. The punk offshoot that the band lovably labels as “Drunk punk” made waves and the crowd reacted. The bodies swayed, I was practically thrown about, though this is the best part about these shows. The packed room sold out to the music and dropped their securities and just moved. Don Babylon closed out with my favorite tune “Ya Dingus” and thanked the crowd. 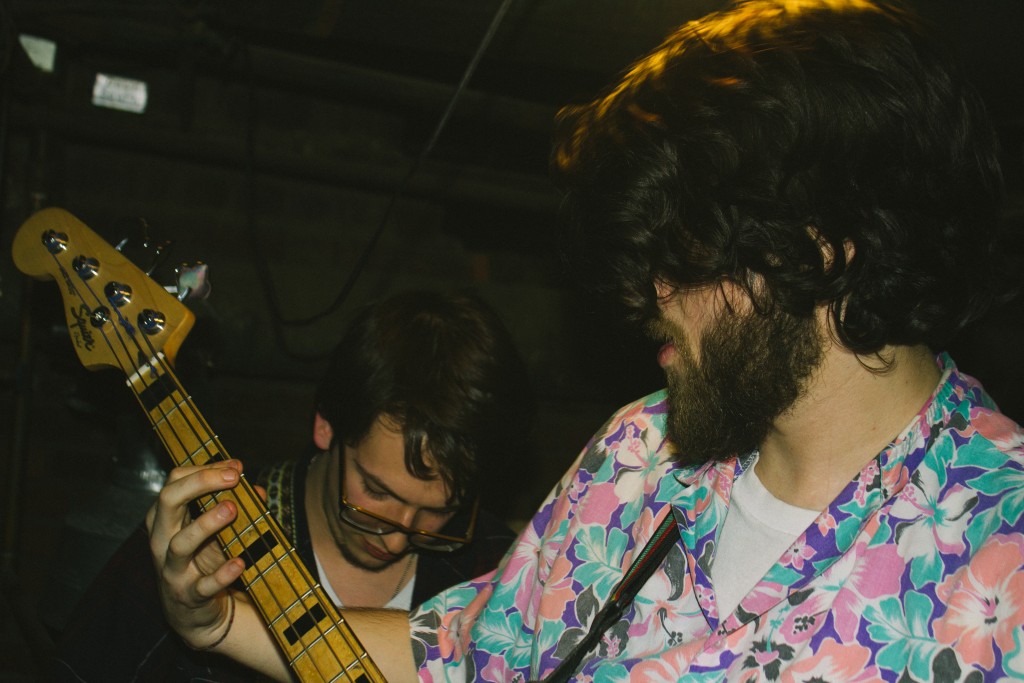 Another successful Saturday night in the books as I made way to the outside. I caught wind of the party that happened upstairs. The aftermath left a broken table, a sticky floor and crushed beer cans. I bid farewell to the band and commenced my walk home through the cold, the memory of a good time more than kept me warm on my trek.

You can listen to and keep up with Don Babylon at the links below: