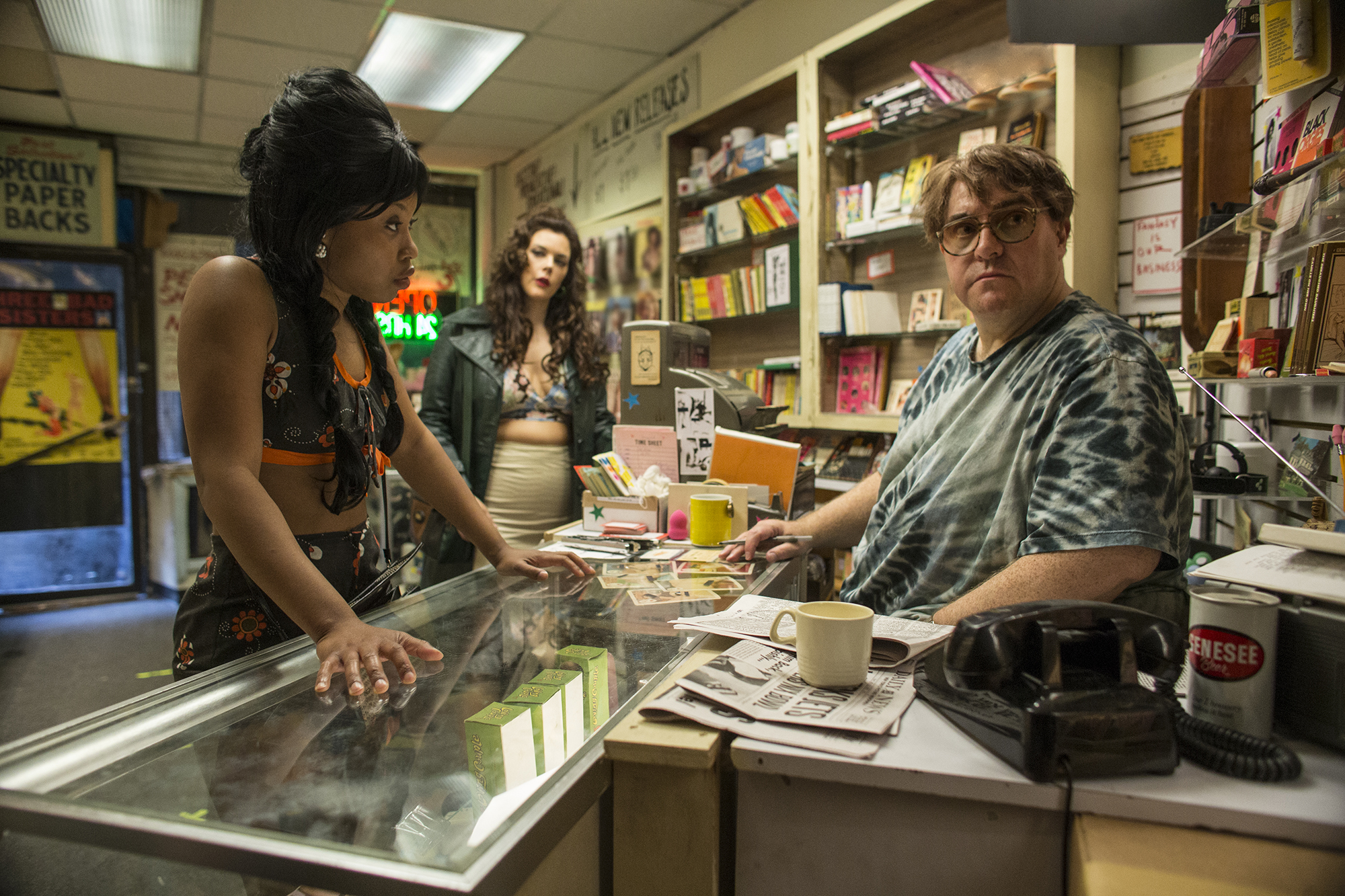 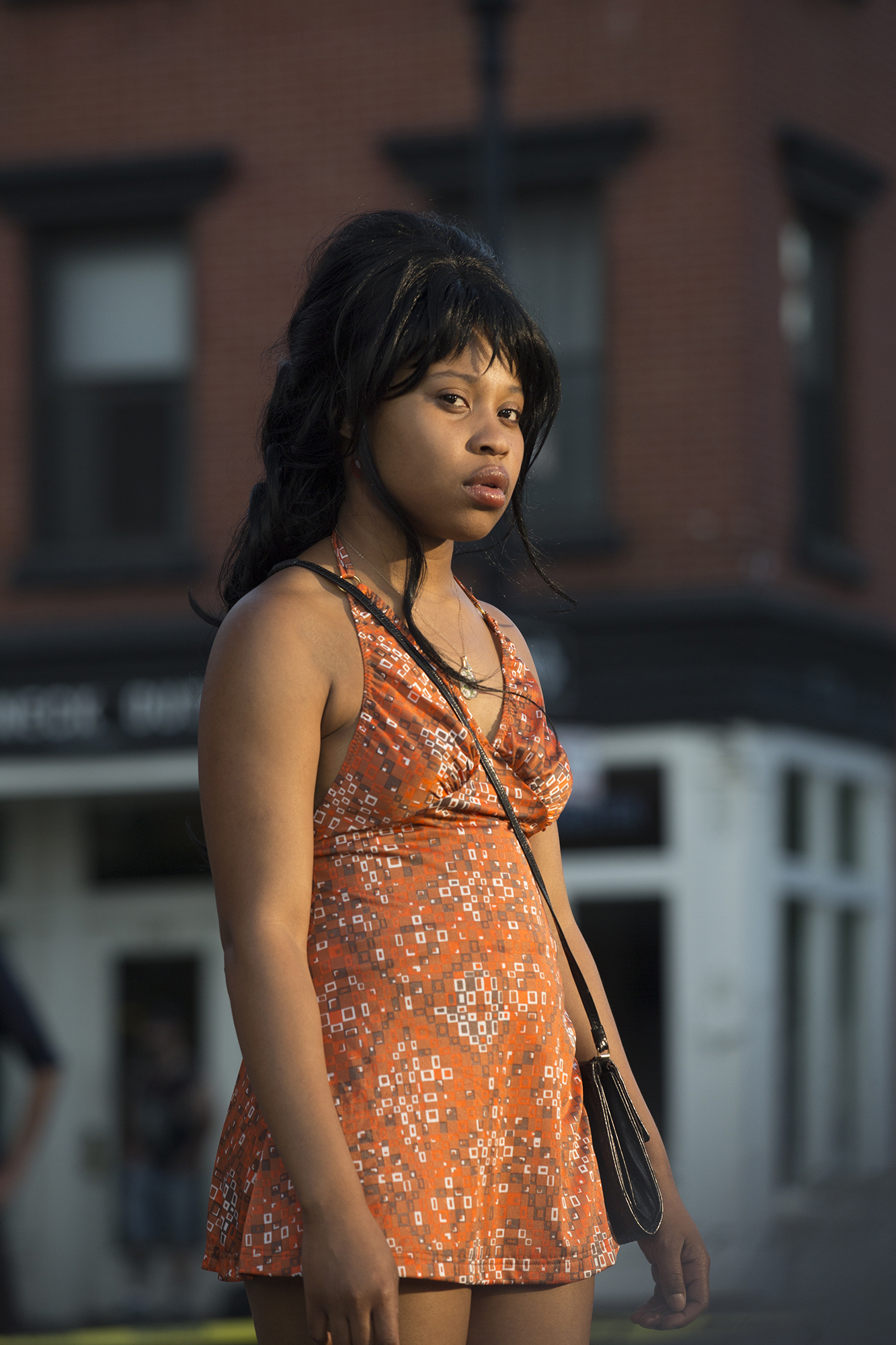 The new HBO series The Deuce is an unflinching and vulnerable depiction of the sex work industry in New York during the 1970’s. Dominique Fishback plays Darlene, a kindhearted yet complex young woman navigating the city as a sex worker. In this interview, Dominique talks about what went into the preparation for her role as Darlene, as well as what initially got her into acting and the entertainment industry.

The Deuce is set in a rather specific era and time period. How much of the story arc was revealed to you at the start versus gradually along the way? How much of your previous knowledge colored your portrayal of your character as a whole?
Not very much was told to us at the very beginning. I remember I wanted to get into the writers’ room because I’m a writer, but they actually let me shadow a director instead because everything was so secret. They didn’t want us to know what was going to happen to our characters. David Simon [the show’s creator] once made a joke, saying, “Once an actor knows what’s going to happen to their character– as far as if a character is going to die or not– they make something like sipping a soda the most important moment.” So yes, he was super secretive about what happens to the characters– I didn’t even know that Darlene was from the south until episode 5.

What has been your favorite episode or scene to shoot in the show so far?
I think my favorite scene was in episode five when Darlene goes home, because we get to see a side of her we never have before. She’s almost on the prowl, and we get to see why she is where she is. I feel like Darlene gets bored quickly, because when you see her and how she acts at home, you can see why she wants to be in New York so bad. 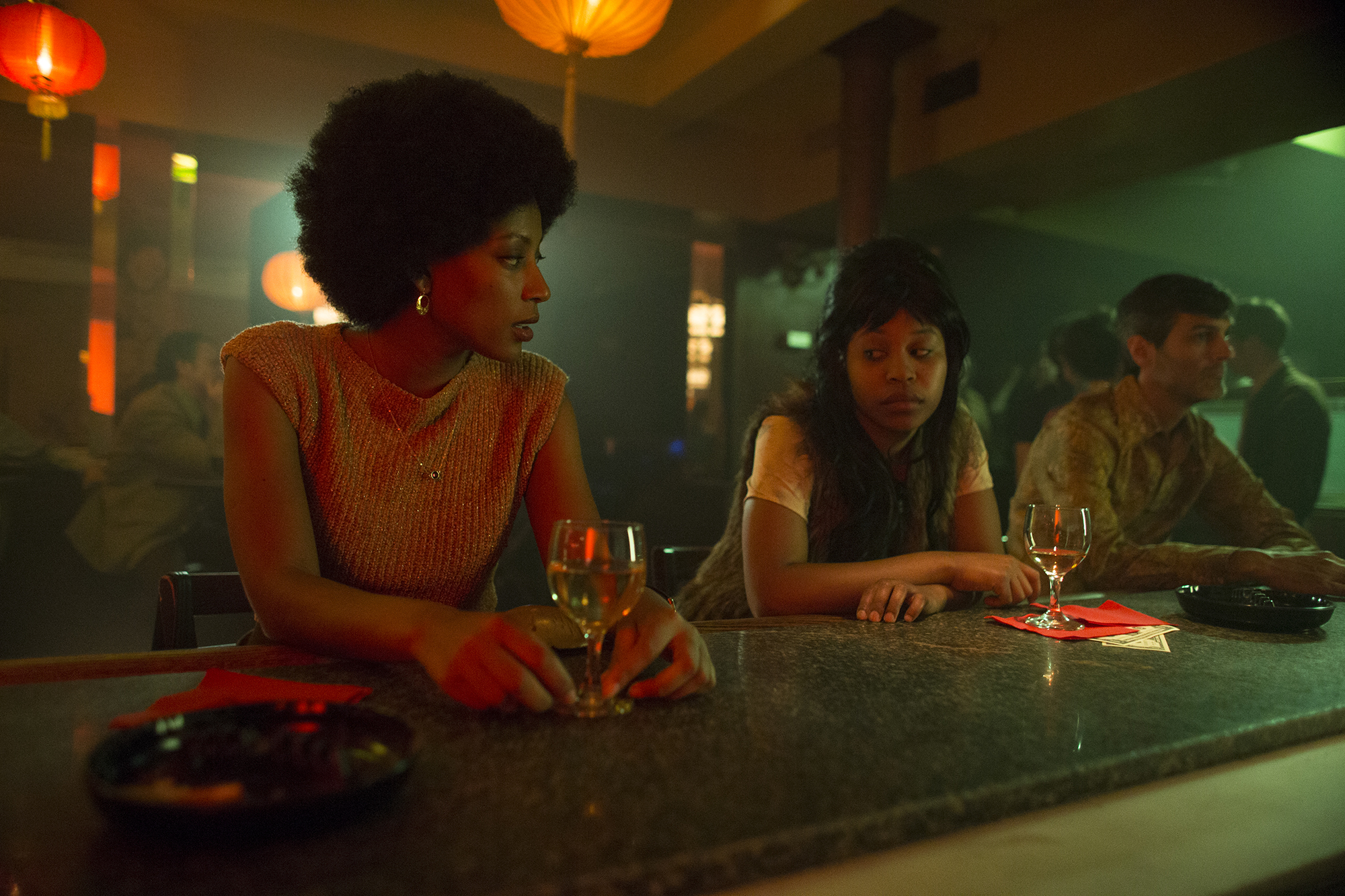 How do you get yourself into the mindset of Darlene?
Along with journaling, I summarize each scene, and I also try to find a song for each scene. The song doesn’t even have to be from the seventies, it just needs to give me the right mood. There’s always so much going on when you’re on set, whether it be makeup, lights, direction, or people fixing your hair. And you’re supposed to be in the moment, so to throw on headphones and have a song to help remember how I felt about the scene helps me get into the right mindset. I also pray, I do pray, and I ask that I can be a vessel for people who don’t often have a voice.

The show gives you a very personal view of multiple different women of varying ages and experiences in the sex work industry. How did you prepare yourself for this role and were you hesitant when you were approached with that role?
Well, I did [the show] Show Me A Hero with David Simon and on the last day he said he wanted to talk to me about another show where he had a character with me in mind. He made it clear that if I didn’t want to do it, it was no harm, no foul. What I appreciated was that I had already worked with him so I already felt safe and protected. I talked to my mom about it, and she said I should do it. When she said that, I knew I was okay with it. I just wanted to make sure that if I was going to depict a sex worker I wanted her to have heart.

How did your university years influence your experience or career?
So at the MCC Youth Company they let kids write and perform their own stuff, so I always wanted to act, and that was my first experience, but acting and writing changed my whole life. I had only known acting from TV, and even though I was from Brooklyn, Broadway wasn’t a real thing to me– I wasn’t interested in it. I used to just watch Sister Sister, and I Love Lucy, but my mom didn’t know how to get me involved with any of it. I got into MCC, where they helped me apply to Pace. I felt a creative energy when I was at Pace, and I did a one-person show there called “Subverted” about the destruction of black identity in America. It had two sides: a slave side, and a modern day side, acting as a parallel to show comparison. I played twenty-two characters in it, and it was an hour and twenty-two minutes with no intermission. I remember writing it because I heard a kid in my class say that if African American males in low-income communities dressed normally, cops wouldn’t stop them. A lot of the time, I would be the only black girl in my class. I was so passionate about these issues that I realized that I could acquire power in these situations by creating characters that people would care about. I wanted to show a different perspective that people aren’t usually able to see from the news or TV shows.

In the first two episodes, the characters are all loosely connected but are participating in different storylines. The thing that loosely connects them is the city of New York, and it almost acts as a character itself within the show. Did you have to research seventies New York to better understand your character?
I definitely looked at pictures and made an outlook board on it, but at the same time I feel like as an actor, once you do all the internal stuff for the characters all the different departments come together to help create the world. Once they put the clothes and hair on you and say action, it all flows together. I did a bit of research on the music and culture of the 70’s through books and pictures. Other than that, I just let everyone else do what they had to do, and I tried to focus more on Darlene and who she is as a person. 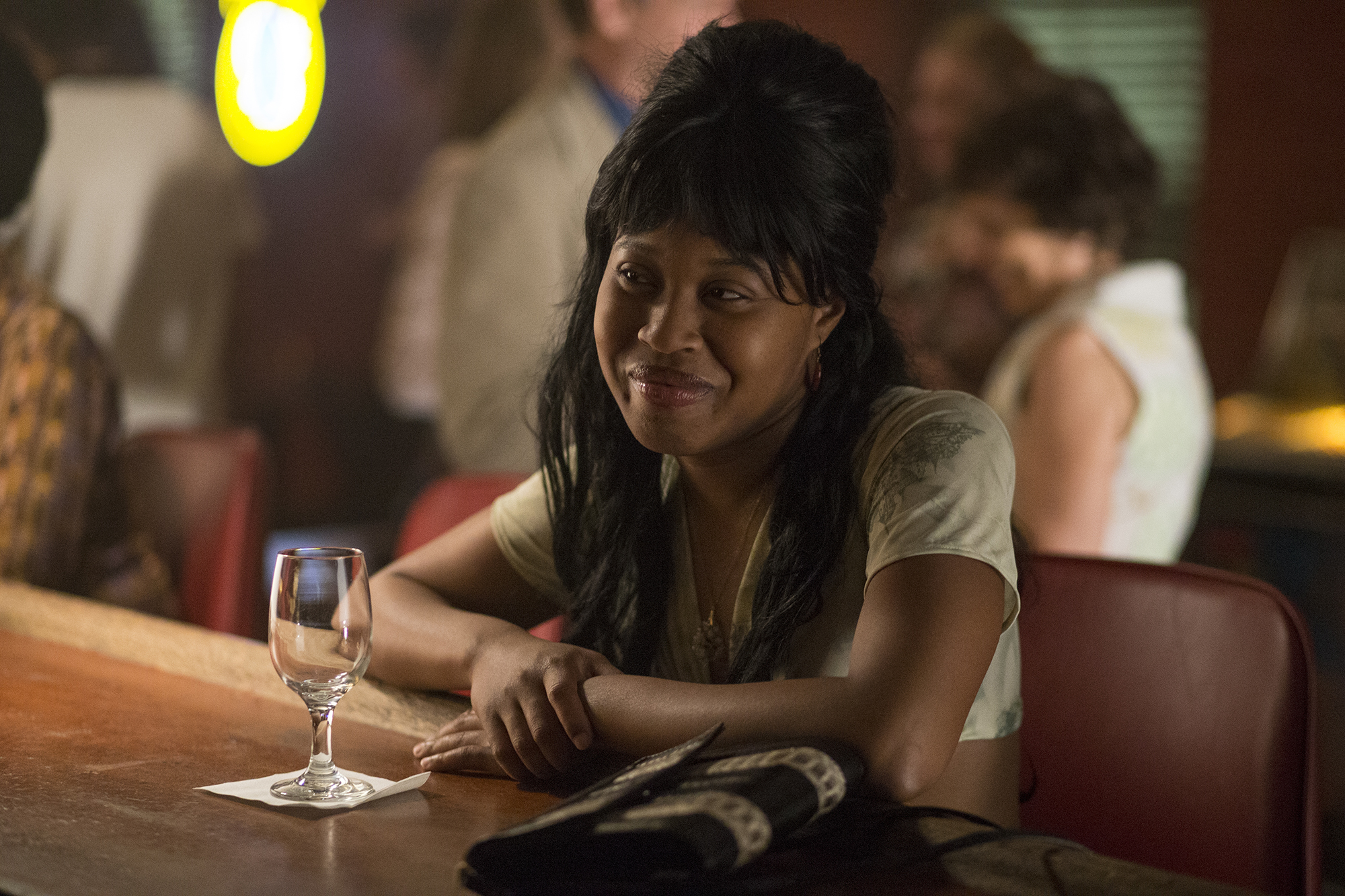