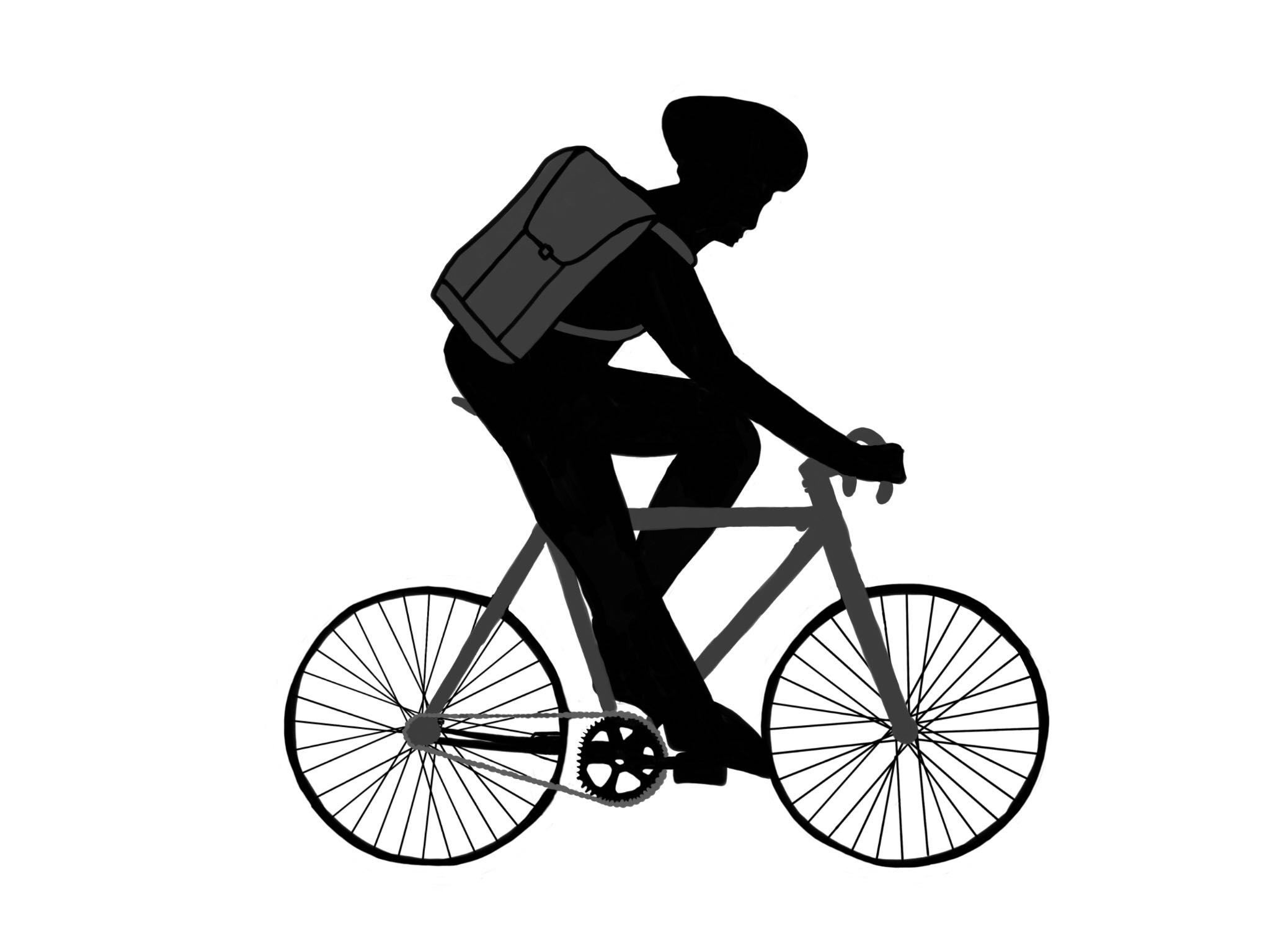 “I can’t work in an office. I don’t like wearing suits. I like to ride. Fixed gear, steel frame, no brakes. The bike cannot coast, the pedals never stop turning. Can’t stop, don’t want to either.” says Joseph Gordon-Levitt in Premium Rush, a 2012 movie following the story of a New York City bike messenger.

Fixed gear bike messengers are an interesting breed of people, especially in Richmond. Every day these devoted riders brave traffic and face the roads on lightweight bikes, often without brakes, to complete the task at hand and make the delivery in time.

“I like the freedom of being able to do whatever I want,” says messenger Sam Farmer, “as long as I get the job done.”

Farmer works for Quickness, a bike-based delivery company in Richmond. He’s been with the company for two years, and says he became enamored with “messenger culture” while he rode for Jimmy John’s.

“Track specific components, no brakes, splitting lanes, stuff like that,” he said, “I’d been watching Lucas Brunelle’s Line of Sight and Macaframa since I was a kid and always wanted to ride like the messengers in those films.”

Farmer rides a fixed gear converted Surly Cross-Check with a 48/17 gear ratio – the ratio of teeth on the front chain ring to teeth on the back wheel cog – or 48/15 when he’s “gunslinging,” he said.

Farmer says that climbing hills in Richmond is a lot harder than in other cities where the elevation is more mellow.

“Climb ‘em every day for three years and it ain’t no thing. Never walked a hill in Richmond,” said Farmer, “I like the hills a lot, I’m a big fan of climbing.”

Richmond, compared to other cities like Baltimore, Philadelphia, Norfolk, Washington, D.C., or others, is a very hard city to bike in. Hills cover the city, some far steeper than others, and most of the roads are riddled with potholes. Richmond drivers are also notoriously awful, and main roads like Broad, Cary, Belvedere, and others are almost always busy.

“I think being a messenger in Richmond is kind of easy,” says Zach Brich, another Quickness rider, “it’s a pretty condensed city and the traffic is very predictable in different parts and streets.”

Southside Richmond is a place Brich says he likes to stay away from, saying that cars on the Manchester and Belvidere bridges are always a threat. He says to save time, he takes smaller roads like Grove, Floyd, or even Main or Cary sometimes. He often rides on Broad in the pulse lane to get all across the city on a smooth, flat road.

There is a misconception that these couriers get paid a lot, so people don’t like to tip as much, Brich said. The fact of the matter is that they don’t get paid much; rather it is a job they do because they love to ride and love the thrill of it.

These messengers might have the experience to make their job a breeze, especially when riding brakeless. To the average rider, Richmond is still a rough city to ride in. It’s steep, it’s bumpy, and the drivers are anything but nice to cyclists. These messengers ride all across the city each day to make their deliveries on time to get paid once they complete the job. They face all kinds of risks, but continue to keep at it every day because of the love they have for facing danger, beating a clock and riding fixies.