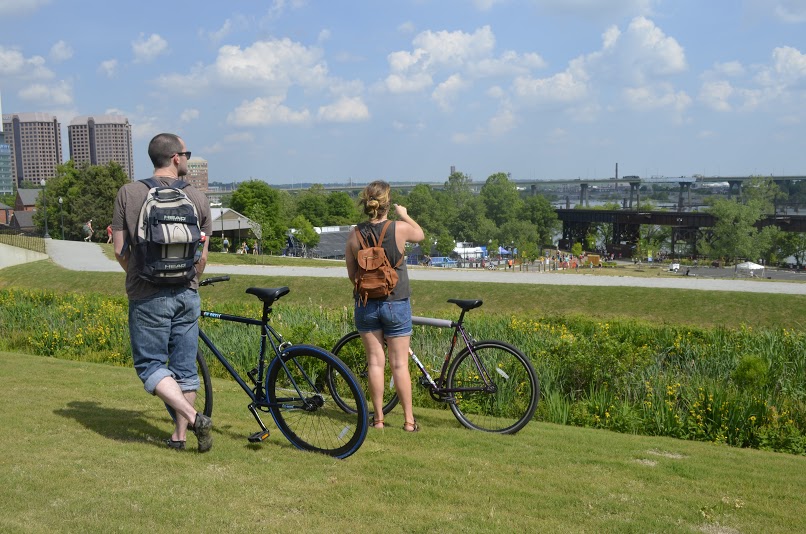 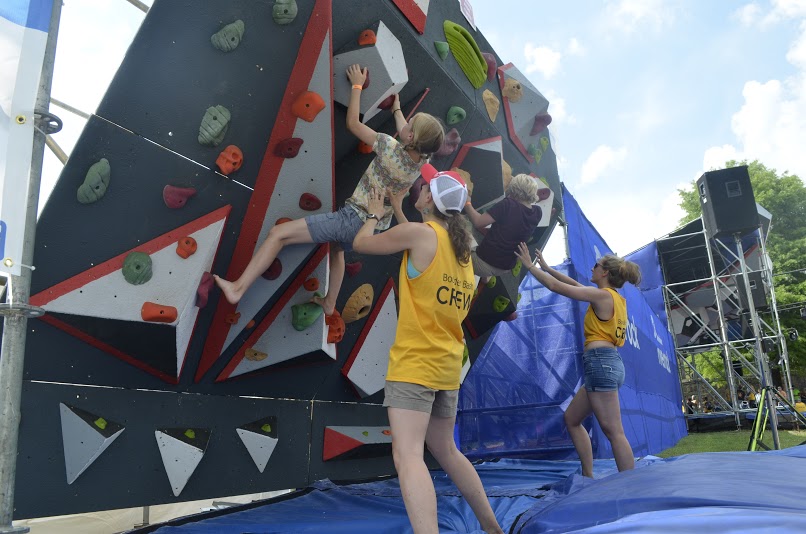 This past weekend saw the Dominion River Rock festival return to Richmond. The festival brought athletes, musicians, artists, and community members of all kinds to the banks of the James River. The three-day festival was the biggest River Rock yet, featuring a huge variety of activities and booths – from vendors to social services to local interest communities.

This year’s edition upheld River Rock’s proud title of “The Nation’s Premier Outdoor Sports and Music Festival,” and definitely achieved its goal of promoting the city’s unique waterfront to outdoorsmen of all kinds – from potential to professional, through a mountain bike race, bouldering competition, kayaking, slack lining, and plenty more novel outdoor sports and activities.

Everything took place against a backdrop of live Rock, Jazz, and Bluegrass. Ink got the chance to talk to Manatree, local favorites recognizable from appearances at the Camel, Strange Matter, and countless house shows around campus. About River Rock, Manatree said “[we had] a blast playing on such a big stage, outside, by the river, with thousands of people enjoying all the sports adventures, food, and music”. 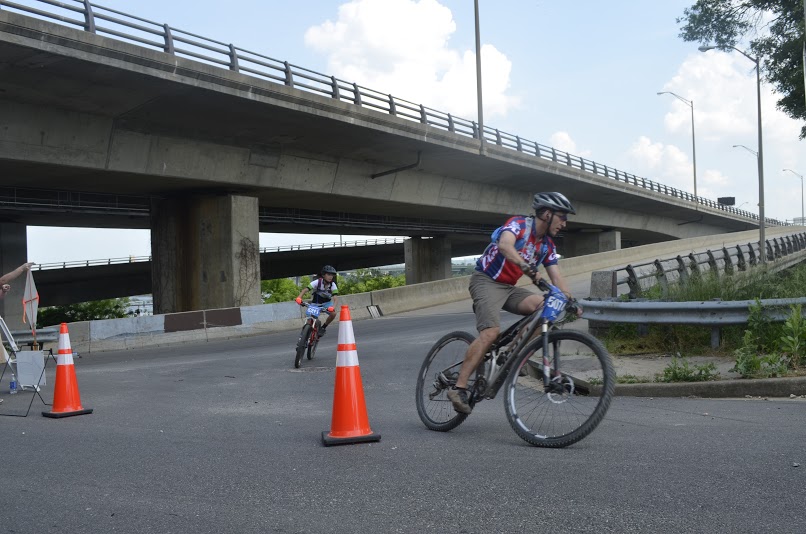 The sports side of River Rock was a beautifully varied spectacle. The mountain bike race featured cyclists of all experience levels – parents took the course with their children, alongside mountain biking veterans. Bouldering and Kayaking similarly accommodated all skill levels and ages, simultaneously showcasing the best of the best and making room for first-timers.

Around the festival ground, local enthusiasts took advantage of the gathering to promote their own community-based activities. One such enthusiast was Finn Supan, who spoke to Ink about his Richmond-based Acroyoga practice. As the name suggests, Acroyoga is more acrobatic than most yoga practices, and Finn was drawing small but astonished crowds as he suspended his partner in the air using a combination of his knees and feet. Finn brought Acroyoga to Richmond after he first witnessed it in San Francisco, and he was hugely enthusiastic about the opportunity River Rock provides to spread the word around what he described as an extremely receptive and supportive local community.

River Rock’s expansion over the years has brought it attention from nationally recognizable sponsors and partners, such as the Sierra Nevada brewery. But the festival also attracted some of Richmond’s own vendors and food trucks. One of these was Goatocado, well known to VCU students for its “Fresh. Creative. Food.” Plus, its memorable avocado-headed goat logo. River Rock is just one of many summer festivals, including Bonnaroo, that the Goatocado team is getting ready for. Ink got the chance to catch up with Nate, a Goatocado associate who explained that setting up at River Rock was always rewarding and unique because of the diversity of the crowd.

In a beautiful show of community, local organizations also came out to set up booths distributing information about social services available to Richmonders. One of these was Provide a Ride, an organization started by Wesley White in 2012 after he caught a DUI charge. Wesley didn’t want to see anybody in Richmond make the same mistake, and the organization has partnered with local taxi services and apps to help get people home at night when they shouldn’t be driving. The service provided over three hundred rides last year, and continues to grow.

Overall, the 2015 River Rock festival featured something for everyone. The variety of attractions was reflected in the diversity of the crowd, in which visitors from across the country rubbed shoulders with folks who’d made the short trip from their homes in Randolph and Oregon hill.