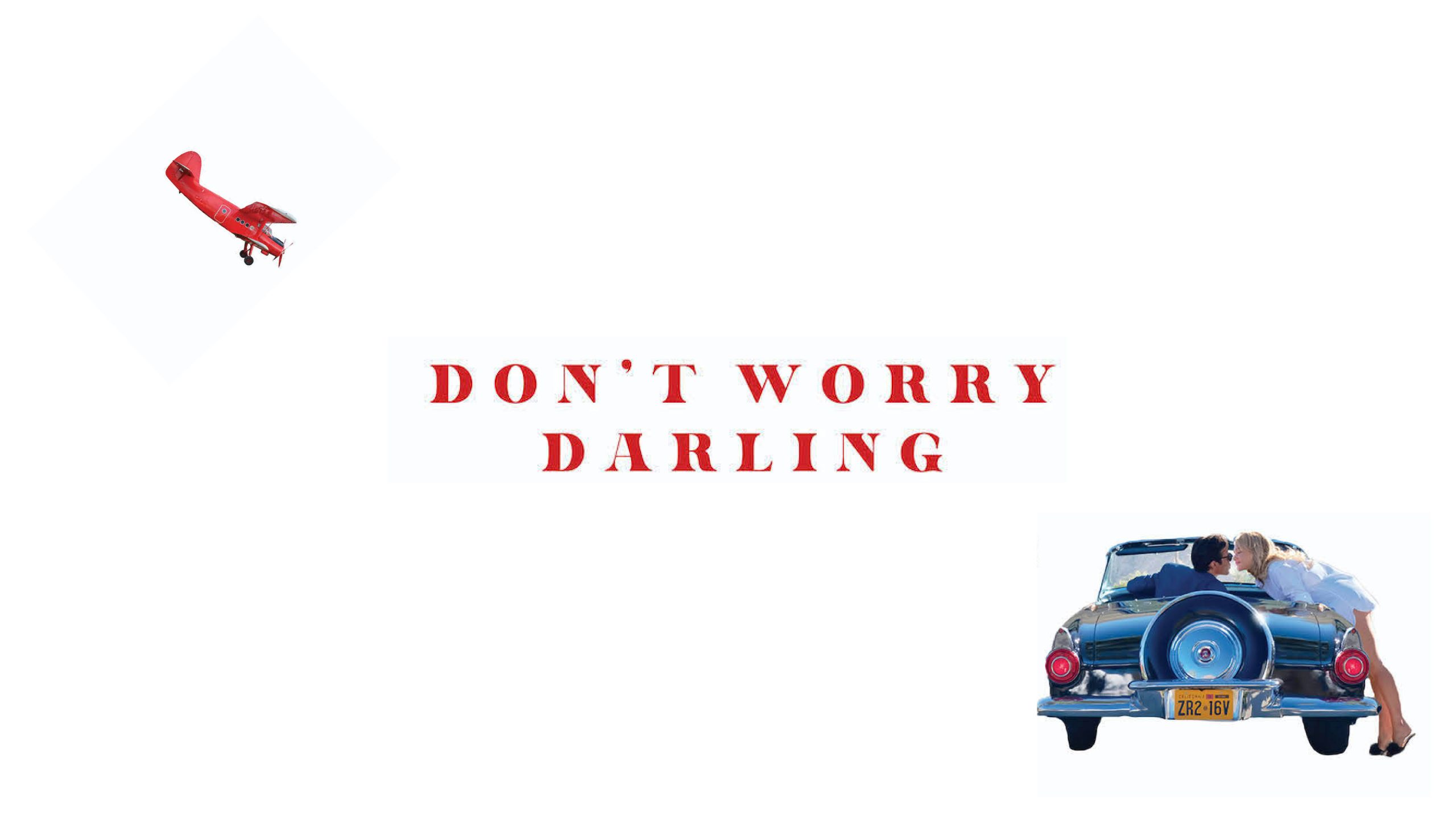 Through systematic novels such as Brave New World and The Handmaid’s Tale, everyone is familiar with the trope of dystopian worlds and repressive societies. Although Olivia Wilde’s new film, “Don’t Worry Darling”, is classified as utopian, it is also classified under a “psychological thriller,” which doesn’t necessarily blend well with the emotions “utopia” invokes in audience members. This film has an underlying theme of being dystopian which is a secret to only the audience.

The film starts off with a shiny, bright and apparently perfect life. The main characters, wife Alice (Florence Pugh) and her husband Jack (Harry Styles), live on a cul-de-sac in the 1950’s in a town controlled by Victory, a seemingly top-secret company that even the wives of the husbands don’t know anything about.

Florence Pugh plays the role of “happy housewife” perfectly in this film with constant makeup on, hair always made-up and clothes so pressed and pristine she looks like a wrapped present that her husband, Jack, greedily keeps in his possession.

All the wives dress the same, and the movements and choreography in the film are constantly shadowed between housewives and husbands. Wilde very quickly begins to show her audience that something is very wrong in the land of Victory.

There are also certain gestures that make the audience question the truth of the time period from the first moment in the movie. One of the first few scenes shows Alice and the other wives waving goodbye to their husbands wearing only pajamas, or in Alice’s case, only a men’s button-up. At first, the audience might think Wilde didn’t do her homework on researching the 1950s, but you soon get the growing feeling that something is wrong in this utopia. Suspicion is aroused through these little cues Wilde purposely places in the film.

The film takes a rapid downfall from a “flawless model” to a “muggy mess” when Alice starts to get lost in weird hallucinations, constant panic attacks and blacked-out memories. When no one believes what Alice is seeing is real, she decides to take matters into her own hands and investigate the situation which gets more and more dangerous the deeper she goes.

Overall, the film is a play on misogyny and sexism exhibited through the roles of an overly-control freak husband: Jack. Although many people agree that the movie doesn’t have much to say on a solution to sexism or growing issues like misogyny, the overall theme shows how suffocating and claustrophobic these issues can feel to women. The film also takes a viewpoint on the matter that some men find women’s power in the modern-day world a threat and crave to go back to the repressing 1950s social norms. This is especially exhibited by the film’s dramatic ending..

But no film is perfect, and this film certainly has some qualms that I would like to address here.

First of all, any Harry Styles die-hard fan, such as myself, can agree we all got what we wanted to see in this film. Styles looked fantastic in the slick-back 1950s-styled hair and firm, pressed expensive suits. However, what really disappointed me was his acting. Although Styles knows how to show off his vocals in his music career, he just wasn’t prepared to take on a role of this size and demand. Florence Pugh, on the other hand, carried the entire movie with her acting. There was not a single scene where she wasn’t putting everything into her role. She really dissected her character and it shows on the big screen.

Aside from the acting, there are some plot holes in the storyline that Wilde just doesn’t explain by the end of the movie. For example, the poster of the movie has a giant red plane on the front which makes its appearance at the beginning of the movie and ends up changing the future turn of events, but then the plane is never explained and never seen again.

The film speaks on a lot of matters and uses big names to bring the points across. Wilde uses unique and impressive filming techniques alongside brilliantly designed costumes and aesthetic set designs to further bring the point across that perfection is not always what it seems like. As a movie lover, this film was definitely worth the two-hour running time and I will certainly be watching it again in the future. Although there are some wrinkles in the plot, it is still artistically made and I appreciate the present matters it talks upon. This movie has already seen a lot of press and public attention and will surely be growing in popularity as more and more people watch it and digest the heart-aching pill Wilde has fed to us.