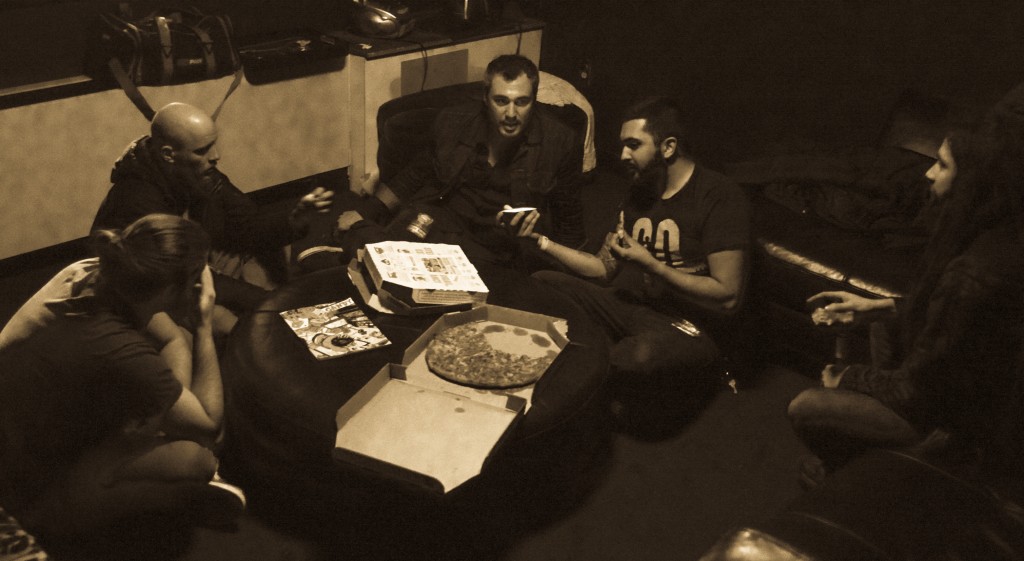 Interview and Photos by Gabe Lugo

If you could requisition one piece of military grade hardware for your band’s personal use, what would it be?

Woody– Definitely night vision goggles and grappling hooks. Just imagine the shenanigans we could get into.

Steve– I’m thinking a helicopter that I could sleep in, with enough space for band practice too.

You’ve been on tour for how long?

Jon Wood – It’s kind of in the third week. We started end of January, early February. So we’re 15 shows in, and we have through April left. Like seven shows.

I guess it’s wrapping up soon, how do you feel?

Woody- We’re feeling good, we are feeling pretty relaxed. I think every show gets a bit tighter, as far as getting to the venue comfortably and quickly, being able to gauge the traffic situation and getting there on time. Loading in, getting our shit set up, sound check- it just gets better and easier every time. It doesn’t hurt when there is such a pro staff like we have here at the National. 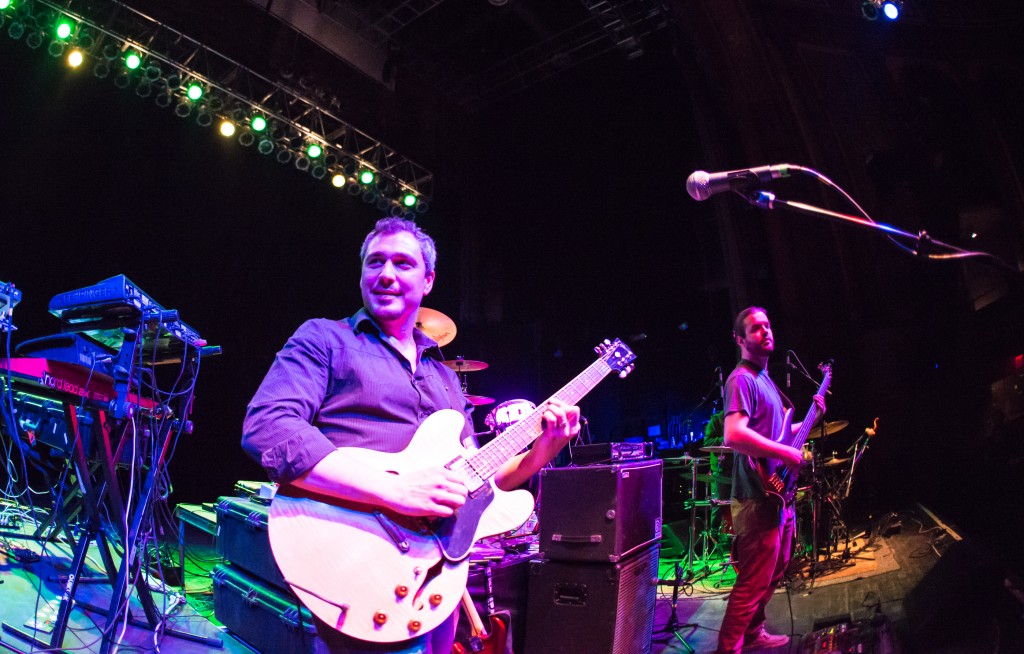 I guess it’s wrapping up soon, how do you feel?

Woody- We’re feeling good, we are feeling pretty relaxed. I think every show gets a bit tighter, as far as getting to the venue comfortably and quickly, being able to gauge the traffic situation and getting there on time. Loading in, getting our shit set up, sound check- it just gets better and easier every time. It doesn’t hurt when there is such a pro staff like we have here at the National.

Any memorable hiccups along the way so far?

Woody – Our first show with EOTO we drove from Baltimore to Boston. We were pretty much on par and stopped for some Subway, we probably shouldn’t have. We should have rolled out instead of just hanging out in the Subway, so we hit like two hours of traffic. We showed up late and so did EOTO, but it was really tight and we still managed to pull it off. 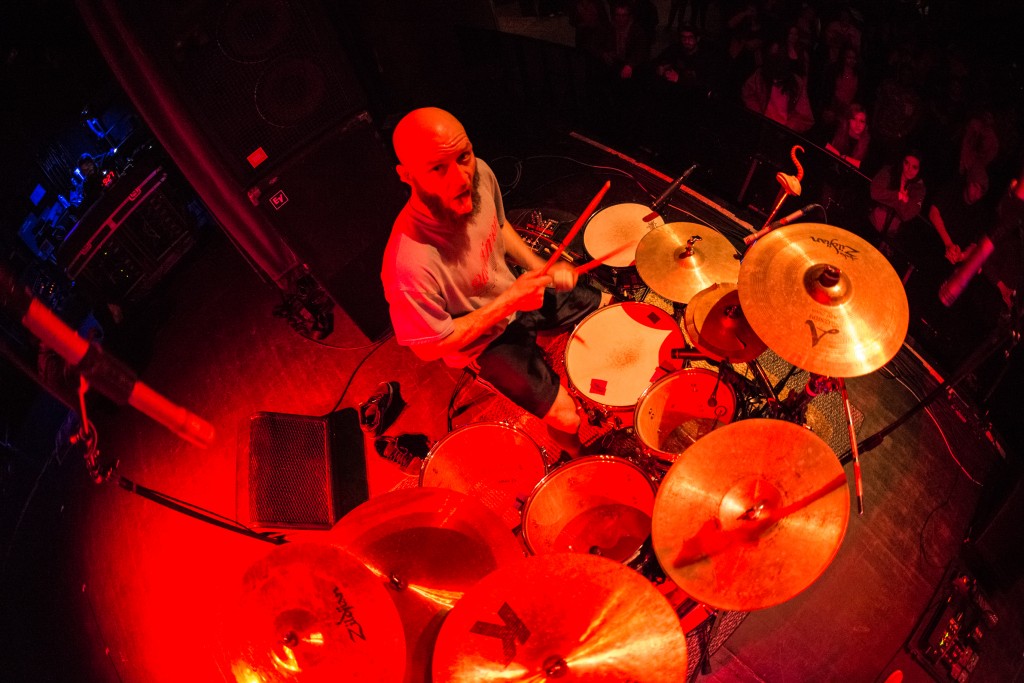 How did you guys meet?

Steve – Started a band, Segway, a long time ago and lost a keyboarder to marriage. So we asked John Brady, who is sick, to play keys and he accepted. And so we then transferred from Segway to ELM and I’ll let someone else talk from here.

Woody – Segway had gone through a couple of lineup changes. I had known Steve for a long time and used to see Segway. They had this one guitar player and he wasn’t working out so he left the band, and they got this other guy and not long after that they had John take over for the other keyboardist. Their original bass player rolled out and this guy Colin Rappa came in, he was really great. Their guitar player at the time wasn’t really into it, so they invited me and I tried out. We wrote songs for a while and it was great. Then we decided to change things up; so we held contests and shit to get our friends to help us come up with names, and for some reason ELM stuck. It was between ELM and Hoverboard, but it was spelled like you’d see it on a license plate HVRBRD. So then we made an album, Colin left not long after that and we were lucky enough to get Alex on the roster. Everything just worked out great, it’s a long story but that’s pretty much how it all came to be. 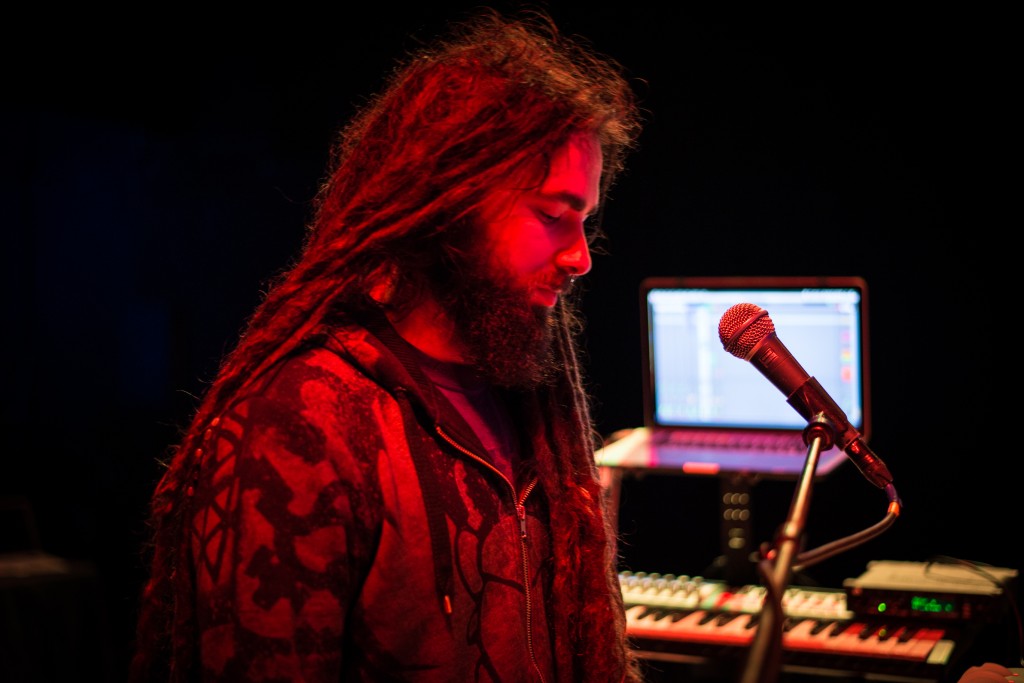 How would you describe your music to someone who hasn’t heard it before?
It’s an electronic funk fusion. Like rock stuff. Gutter funk! Space Disco!

Talk about the art scene in Baltimore that you guys are a part of.

Woody- It’s really great. We are lucky enough to be friends with some of the most talented artists in Baltimore. There’s this whole scene going on and they come out to a lot of the shows in the area; they do live painting and help us out with posters. Moonlife which is a t-shirt and graphics company run by our friend, Nate Gonzales, he’s phenomenal.. helped out with logos, visuals and t-shirts. We’re really lucky in that respect, we have a ton of people who help us out. Another huge one is Proper Playground they’re our best friends, Johnny and Sarah, they make all sorts of clothing and stuff like that. They designed this hoodie I’m wearing. 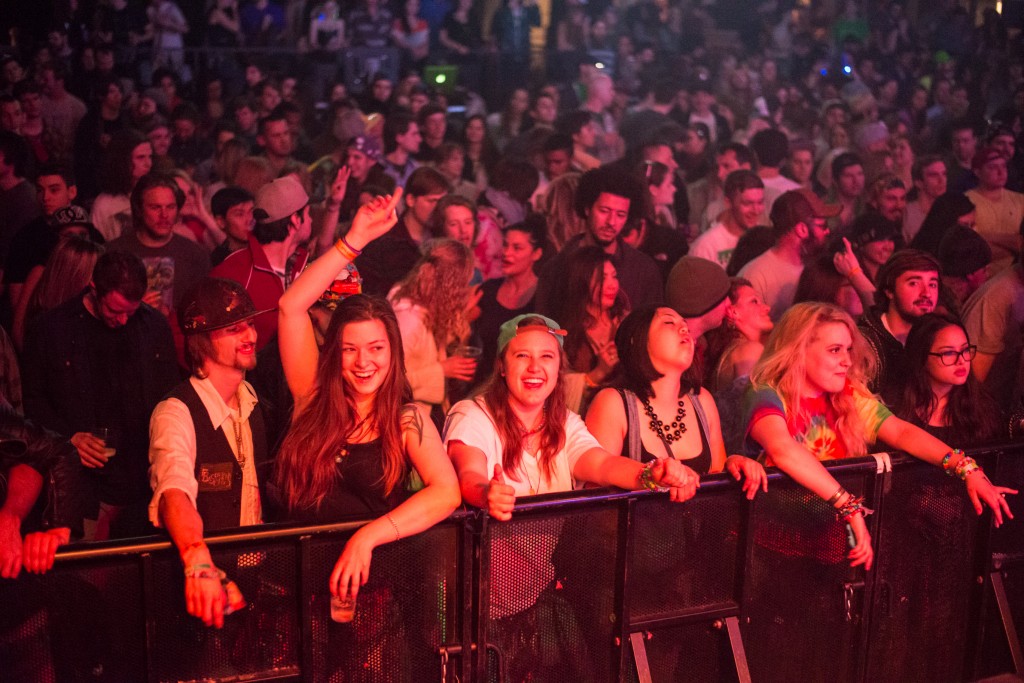 That’s cool.. I thought it was some kind of Camouflage.

Who would you say is your biggest influence in the music world?

Woody- There’s a lot. I think we all really dig Phish. John came from a classical background. Alex came from outer space. Steve, his drumming is definitely like an electronic, house music kind of vibe. My background is kind of metal, I like a lot of Baltimore artists like Dead Deacon and Animal Collective, bands like that. 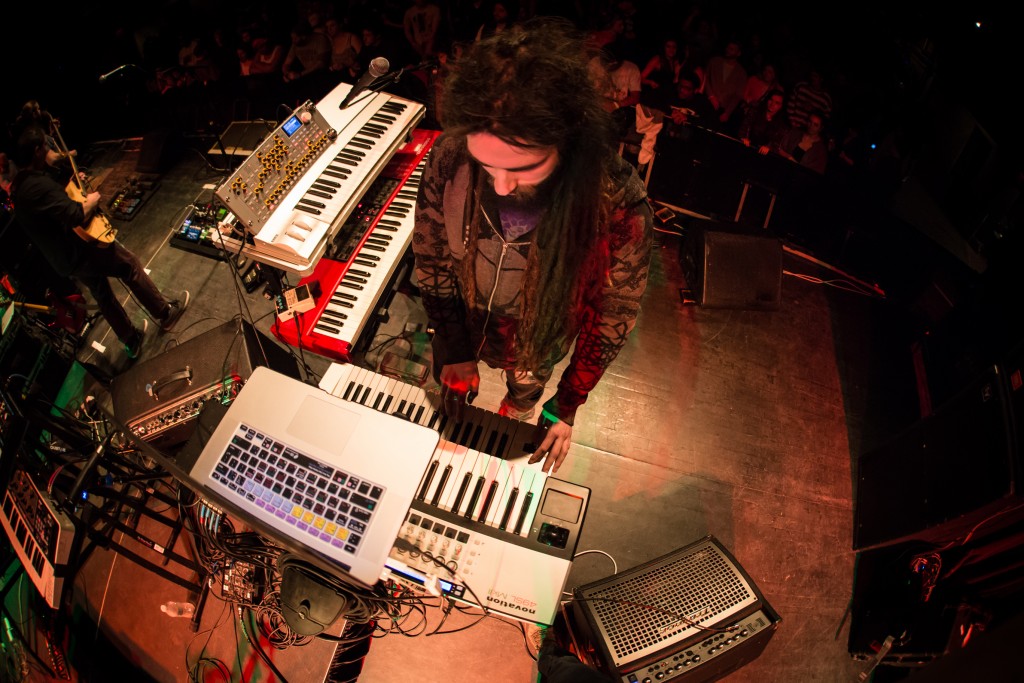 What would you say to anyone trying to make a name for themselves in the music or art world? Whether it’s a group of people or just an individual.
Woody – Make sure you don’t fool yourself… make sure you are making good music, you have a business plan.

John Brady – Making good music is kind of an intangible thing, music is so subjective.. music is good to different people. Have a business plan and get people that will help out on your team. The business plan is the biggest thing if you’re really trying to do it, without it, you’ll fall flat on your face. Not saying that we’re not falling flat on our faces, we might be.

Woody – We might be falling flat on our faces. We became a LLC back in September. We thought it was really important for tax reasons and to legitimize ourselves. It really holds us accountable. Definitely be accountable for what you do and take it seriously. There are people who want to be in a band or whatever and they just party and get drunk all the time. Don’t get fucked up all the time. If you get fucked up all the time, it’s not something you are taking seriously. The more professional you are the easier it’s going to be.

ELM: Rebels. Basically because of Jedis. It’s a tough question.

But the Empire has nicer shit… like Rebels could never afford two Deathstars with their funding.  Also Sith, they have double ended lightsabers and stuff.