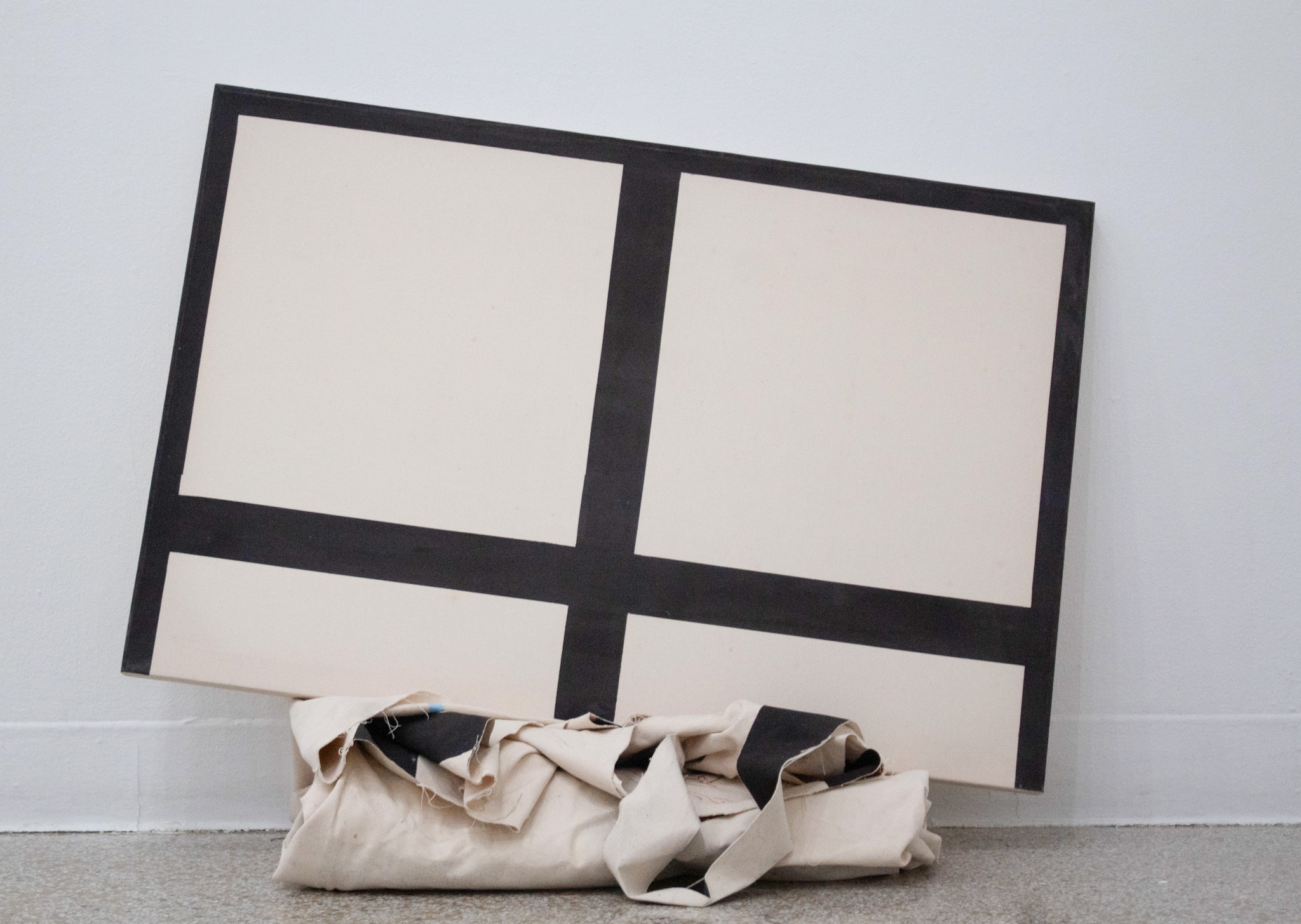 To appreciate and comprehend Eugenio Espinoza’s new art exhibition, Onceptuales at the Anderson, you have to start with his past.

Born in the 1950’s in the highlands of Venezuela, Eugenio Espinoza incorporates his infamous grid art style into his new exhibit, which ties back to his past art style of predominantly grid-like art. Some of Espinoza’s most famous pieces of work include: Sur Moderno: Journey of Abstraction (MoMA, New York, 2019); Blue Day (Piero Atchugarry Gallery, Miami, 2019); Human Applause (Bortolami Gallery, New York, 2018); Raising the Curtain (Gallery Moises Perez de Albeniz, Madrid, 2017); and Permission to be Global (Museum of Fine Arts Boston, 2014). Onceptuales translates from Spanish to English to mean “conceptual.” Therefore, the name of the exhibit means “relating to mental concepts.”

An interesting fact brought to light by Senior Fashion Merchandising major and current Gallery Assistant at the Anderson, Taya Coates, was that the “art scene was rigid in Venezuela [during Espinoza’s time there] which inspired Espinoza’s love for the grid, [and] how he started his free-flowing.” Since art in Venezuela was so firm, Espinoza’s minimalistic style and grid art was considered “free-flowing.”

Eugenio Espinoza’s Venezuelan roots have impacted his work greatly, classifying it as “unorthodox,” “rebellious,” “out of the box,” and “modernistic.” Venezuelan art is very bright, colorful, and invokes pride, while Espinoza’s whole legacy depends on the meaning behind how art objects are exhibited and used. He utilizes very ordinary expressions to communicate his meaning. The grid style he uses in all his work represents his sense of invention, examination, and resistance.

At this point, you may be asking yourself the question: Why would an art exhibit from a Venezuelan artist be in Richmond, at the Anderson, and at VCU? To best lay it out, his work is key and influential to the art scene surrounding the busy streets of Richmond all the way from Broad to Belvidere. The fact that his art style fits in perfectly with the Richmond art scene, it also adds more tang and fuel to the fire, leveling up the exhibition experience.

Eugenio Espinoza has always been all about originality. So why not express his work of color and variety in such an individualistic, diverse, and eccentric art scene as Richmond and VCU? Onceptuales brings a bit of his Venezuelan roots to Richmond, the Anderson, and VCU. Students and visitors at the Anderson can see his unique style of artistic expression along with the personal feelings the art inhibits. When asked about specific pieces in the exhibit, Freshman Computer Science major, Carter Struck said that walking on Pablo Doble felt unnatural. He “felt bad for ruining the art.” But after thinking about the situation more, he liked the idea of “leaving your mark” on something so meaningful and personally connected to the artist.

To be surrounded, in the flesh, by the work of Eugenio Espinoza is breathtaking and life-affirming. It forces the audience to think out of the box, study how art can be laid-out in different forms, and how something so modernistic and logical can make all the difference in how we describe the word “art.” The Anderson and Eugenio Espinoza invite you to check out Onceptuales and his artwork Paso Doble, which visitors are welcome to step or walk on to imprint their mark on his art.

Eugenio Espinoza’s exhibit, Onceptuales, will be on view at the Anderson from September 2nd to October 1st.