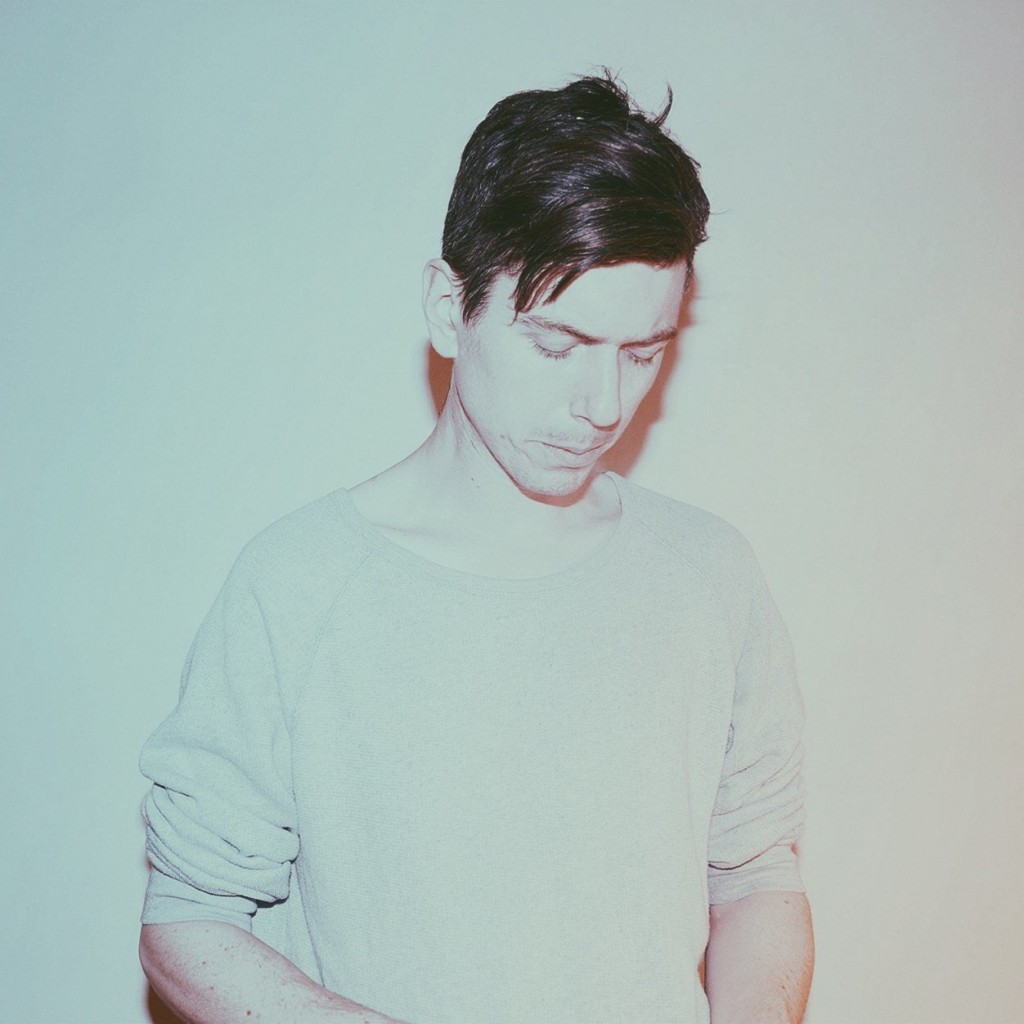 I can’t choose to think of what to say when it comes to writing about music. To me it’s such a wild, mysterious entity that the human animal has a special relationship with. The word “music” is derived from the Greek word for “muse.” I once read a passage in a book that quoted the Greek lyric poet Pindar (I’ll note that he was alive from 522-443 BC, thank you Wikipedia for my brilliance), saying that when Zeus created the world and the gods were mute with wonder, they realized something was lacking. The world lacked a voice whereby all this wonder could be expressed in words and in music. So the Muses sprang into divine existence as children of Zeus and Mnemosyne, the goddess of memory. In modern day– it’s scientifically acknowledged that music affects the brain and induces great health benefits, such as memory and mood, and research continues to discover more about the bond between the thing inside our skulls and the things being produced by the thing inside our skulls. Alright… now all things abstract considered, my exceptionally existential mood on a particular day led me to a fateful encounter with the name Tycho in a Youtube search bar. The artwork for the band’s album ‘Dive’ aroused my curiosity to begin an auditory quest. My wandering mind went on an adventure of possibility and their reflective instrumentals accompanied my imagination with clarity and solace. Fast forward a year or so later, and I find myself meeting Rory O’Connor, the drummer of Tycho at a New Years Eve party for the big 2014.  I’m pretty sure I was ‘mute with wonder’ underneath my liquid courage when we exchanged introductions. I had kept in touch afterwards and figured to share a bit about them with my local Richmond audience. I mean, it’s pretty awesome their music’s been featured on Toonami (those who were really into the Cartoon Network channel growing up hopefully know what that is)! If you’d be open to it, I highly recommend listening to ‘Dive’ by them and letting the ambience dance in the background while reading the interview.

Ink Magazine (IM) : Who are ya? Where are you from? What do you do? Tell us a bit about yourself

Rory O’Connor (Rory): I grew up in Western Massachusetts, at the foot hills of the Berkshires. I was lucky enough to figure out at the age of 12 that all I wanted to do for the rest of my life was create music. I went to college for music briefly, but as it became clear that a degree in music had a very limited value, I decided to just start moving around the country and meeting other musicians. I bounced around for a while before settling in Brooklyn for about 6 years, made a lot of meaningful connections and friends there. It’s how I met all the folks at Ghostly International, which is why I am doing what I do today. I now live in our nation’s beautiful capitol, Washington D.C.

IM:  How long have you been a member of Tycho? How did you and the other members come together and start making music together?

Rory: Well, like I mentioned, I met all of the lovely people who run Ghostly while I lived in Brooklyn. We never worked together in any capacity; we were just friends who happened to go to the same shows a lot. So around the time that Com Truise put out Galactic Melt, I think someone floated my name out there as a potential drummer. I was completely in love with that record and already knew it backwards and forwards, so it was a natural fit. I think after our second tour in Europe I got a call from Scott Hansen (also member of Tycho) asking if I’d be interested in playing some shows as he had just started to put together a live band. I was pretty nervous. I’ve been a fan of Scott’s music for over a decade so it was a little intimidating. But again, I was really familiar with the material so I guess it was kind of a turn-key solution. I flew out to San Francisco for some rehearsals and it all kind of clicked. We’ve been a happy family ever since.

IM: Tell us a bit about your general outlook on a career in music.

Rory: It’s not easy. Only in the past year or two have I been able to support myself fully by making & playing music, and I’m still kind of getting by. And whatever modest success I am achieving now, there’s no promise it will continue beyond tomorrow. It’s a bit nerve wracking when you sit down and think about the volatility of it, but it’s not really a productive thing to do or you will probably think negatively a lot of the time. You just try to keep it out of your head and focus on making art you love.
I had a lot of second thoughts around the time I dropped out of school. A lot of my friends were getting degrees and making 60K a year right out of college. But looking back now, I feel I absolutely did the right thing for me. Plus, a lot of those people are laid off now and saddled with $100,000 in student loans and a mortgage. No thanks. I think if you do something well, and you’re a good person to those around you, things have a way of working out. I have no aspirations to be rich or famous. I’m simply doing what I enjoy doing, which is the end game in life. I’d rather die young & hungry than live to 90 and wish I’d pursued my dreams. Hopefully it lands in the middle somewhere.

IM: Have you toured and are there any chances of any of you guys touring in the future?

Rory: Yes! This will be Tycho’s 5th or 6th tour of the US, starting April 4th in Denver, Colorado. And we’ll be playing not too far from Richmond, at the Jefferson Theater in Charlottesville, VA on April 22nd.

IM: What’s your personal favorite piece you guys have composed and why?

Rory: Well, I’ve been with Tycho for a little more than 2 years now but our new album, ‘Awake,’ is the first time I was involved in writing & recording. It was an amazing experience to see the whole thing come together in less than a year. “Dye” would have to be my favorite I think… Scott writes such amazing delicate melodies and I think it’s some of his best work there.

IM: What inspires you?

Rory: Haha, a lot. To keep it brief: Highly visual films, like Melancholia or 2001: A Space Odyssey, where people don’t talk so much and you just get to sit and soak in all these beautiful colours. I will admit that I’m fairly obsessed with cars & motorcycles, I think driving might be one of the most powerful forms of freedom we have in the world. The ability to move around relatively fast in something that is constantly exploding is pretty far out. It’s this inanimate object that allows you to connect with a stretch of road, all while sitting comfortably and looking at all the beautiful scenery our country has to offer. Don’t ever let anyone tell you that America sucks. It’s the greatest place to live on earth. Anyways, I get a lot of good ideas for songs when I’m driving.

IM:  Do you have any solo/side projects? If so, wanna tell us a bit about it?

Rory: I write music under the guise Nitemoves. I’ve been writing and recording music since I was very young. I got a paper route in 7th grade to save up for a 4 track cassette recorder and ever since, I’ve been collecting instruments and using them to compose music electronically. When I was living in Brooklyn I was hit on my bicycle by a taxi cab and had to go to the hospital. I was pretty banged up and wasn’t able to play the drums for almost a year because my shoulder had very little range of motion. So I used that time to take a break from drums and make an album. Honestly it’s what I enjoy the most. Playing drums is fun, but sitting at home writing music is just utter catharsis for me. The feeling that you’ve pulled something out of thin air and sculpted it into this weird 4 minute long shape is so cool, it never gets old to me. I just put out a new album in November, and it was re-released in Japan yesterday on Plancha/Art Union Group.

Rory: Like I said! Come to the show in Charlottesville, we will definitely party. 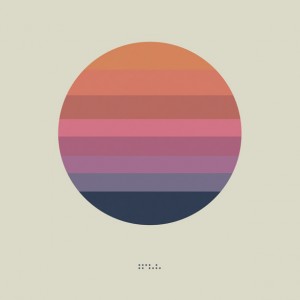 Alright folks, you heard the man. If you liked what you read and (hopefully) listened to while reading it, you might have a chance of going to the Tycho show at the Jefferson Theatre in Charlottesville on April 22nd with a friend for FREE by sharing this article on Facebook with everyone you know. The more likes you get, the more chances you get of winning. If you want to participate, just share this article and tag ‘Ink Magazine’ in the post.

You can also check out Tycho’s bandcamp at tycho.bandcamp.com
Special thanks to Rory O’Connor for the interview.