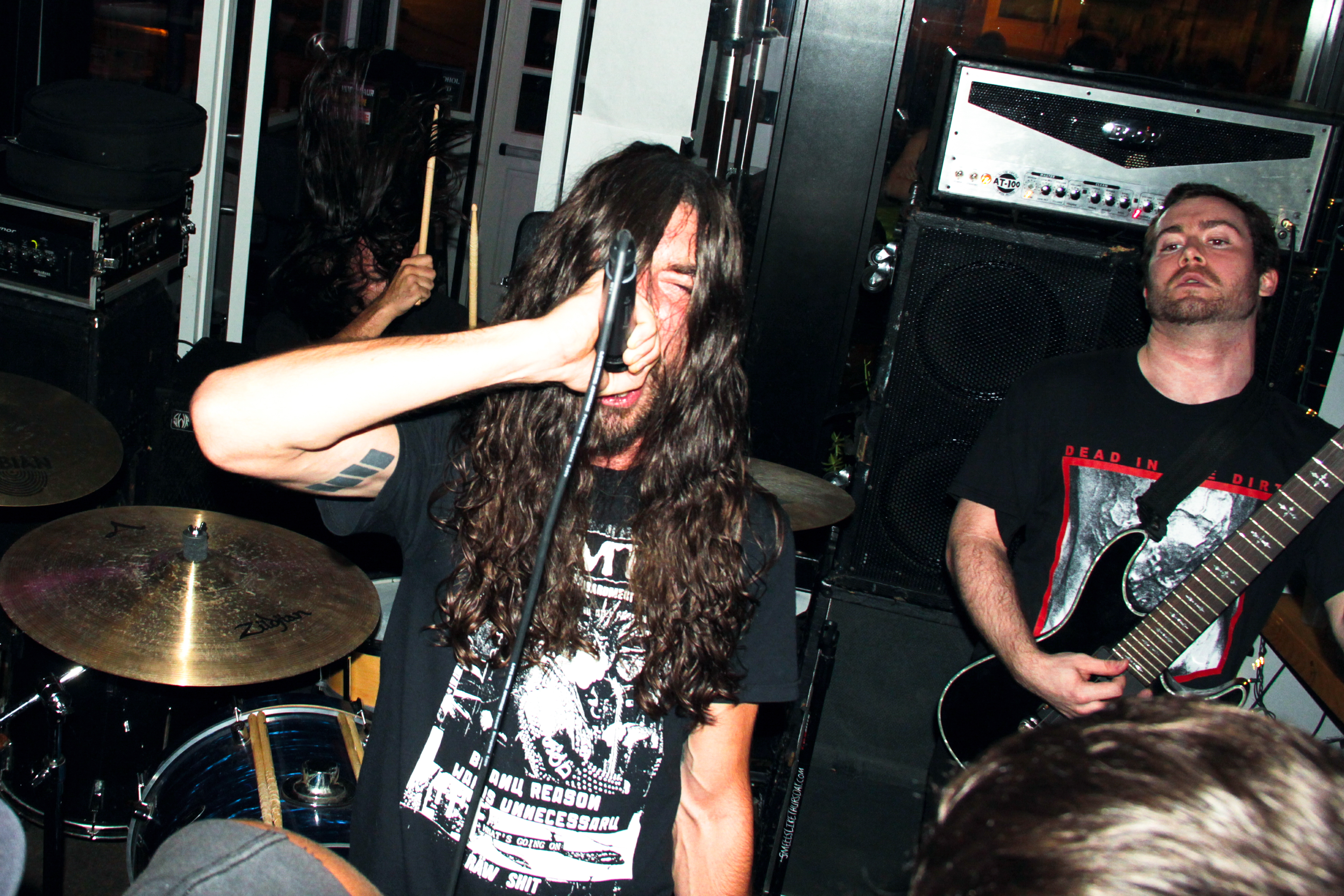 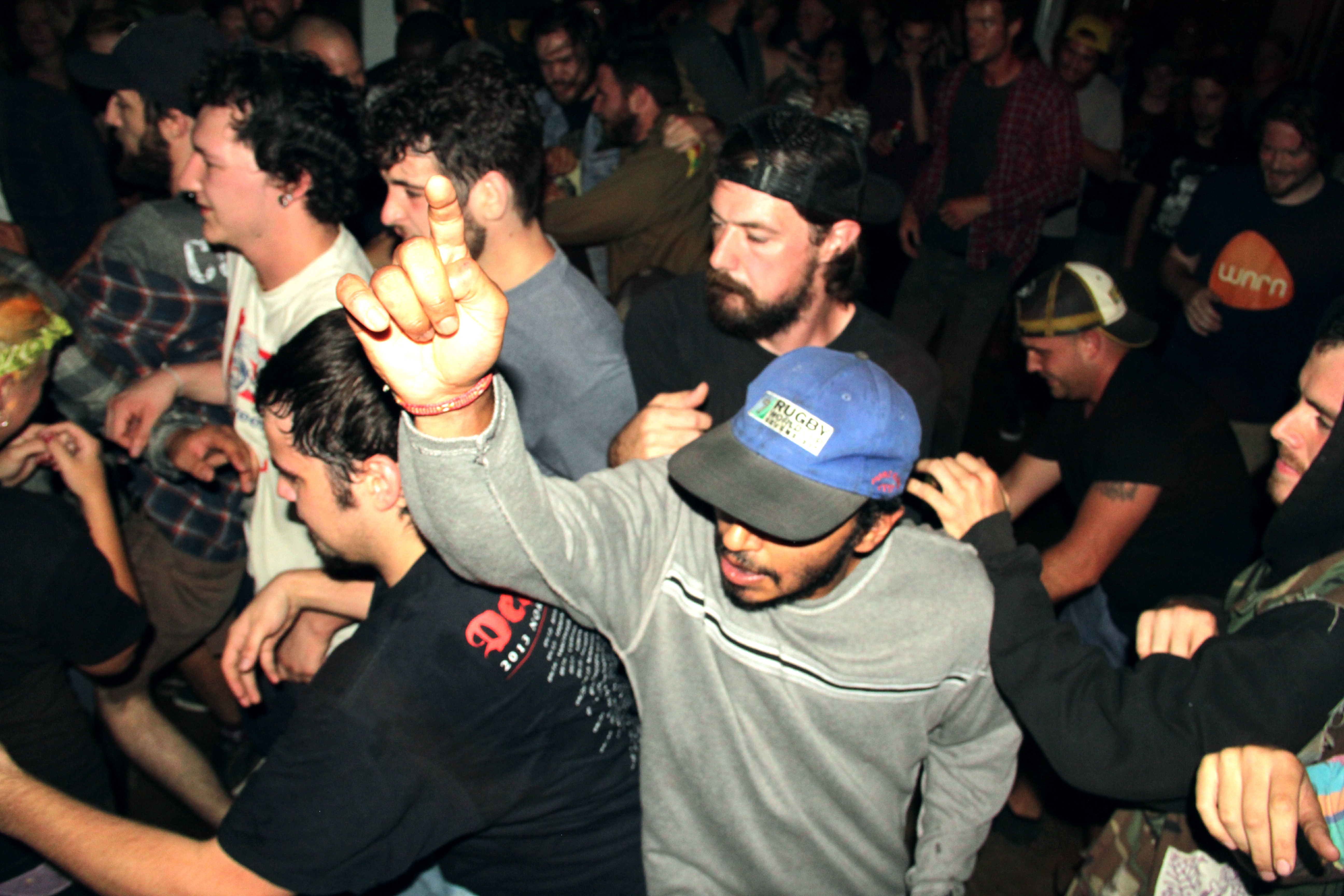 For once Facebook’s recommended events finally paid off.  Iron Reagan, War on Women and Prisoner played on October’s First Friday at En Su Boca for the headliner’s record release.  The show was not necessarily “free,” the venue was asking for donations at the door, but the opportunity for a nearly free Iron Reagan show comes with no questions asked.

When I arrived at En Su Boca, Prisoner was already halfway through their set.  The front door of this tiny mexican restaurant was turned into a loading and unloading station for the bands to move their equipment to and from their vehicles, while the deck side entrance became the new location for accepting patrons into the venue.  As soon as I got to the venue, I couldn’t help but wonder how En Su Boca was going to even manage to fit a band and 100 plus fans.  Ultimately, it didn’t even matter, as the restaurant successfully managed to set up a great venue..  The three garage-door style windows were all opened to allow the crowd to flow in and out of the restaurant at their leisure, the inside was transformed into a low key mosh pit, and the front entrance became a temporary stage for the evening. 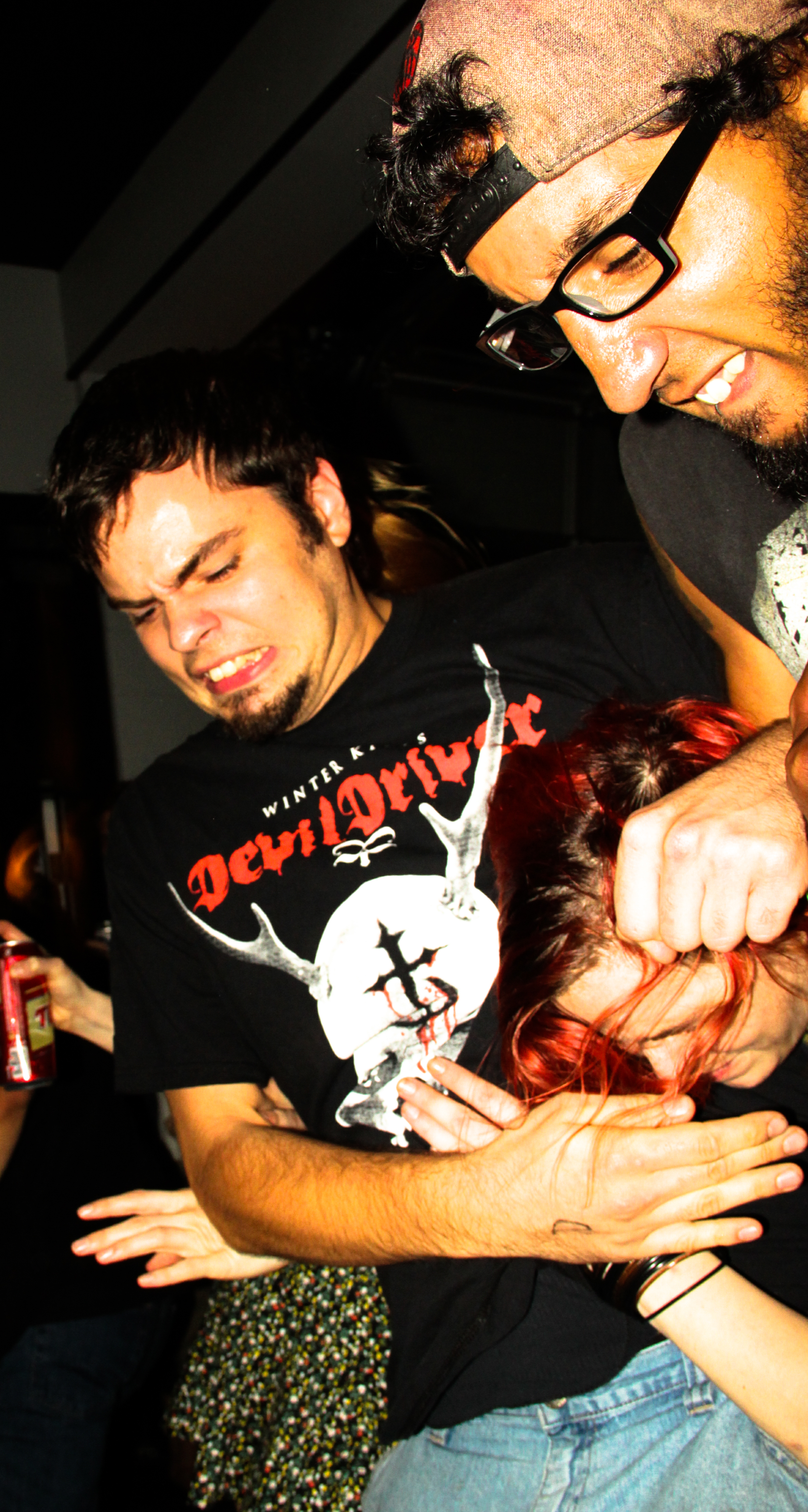 Prisoner’s set was pretty basic.  By basic, I mean there were a lot of screaming lyrics and instruments cranked up on the monitors to the point that each one was completely indistinguishable.  I am a huge fan of many styles of metal, but for me Prisoner was just not that memorable; however the they did end their set strongly with the crowd finally breaking into the mosh pit.

Next on stage was the hardcore feminist band War on Women.  I don’t know what it is about women vocalists in a metal band, but it’s really refreshing to hear something different than the testosterone-filled screams of a man.  War on Women had a lot character in their set and their vocalist was not afraid to get right in the faces of the biggest and baddest patrons in the crowd.  The lyrics definitely had a feminist attitude to them; one song was just one long cat call, which really had strong impact because it sounded very strange coming from a womans voice.  The Baltimore natives headed back home right after their set, but I hope that it will not be too long before War on Women make their way back down south. 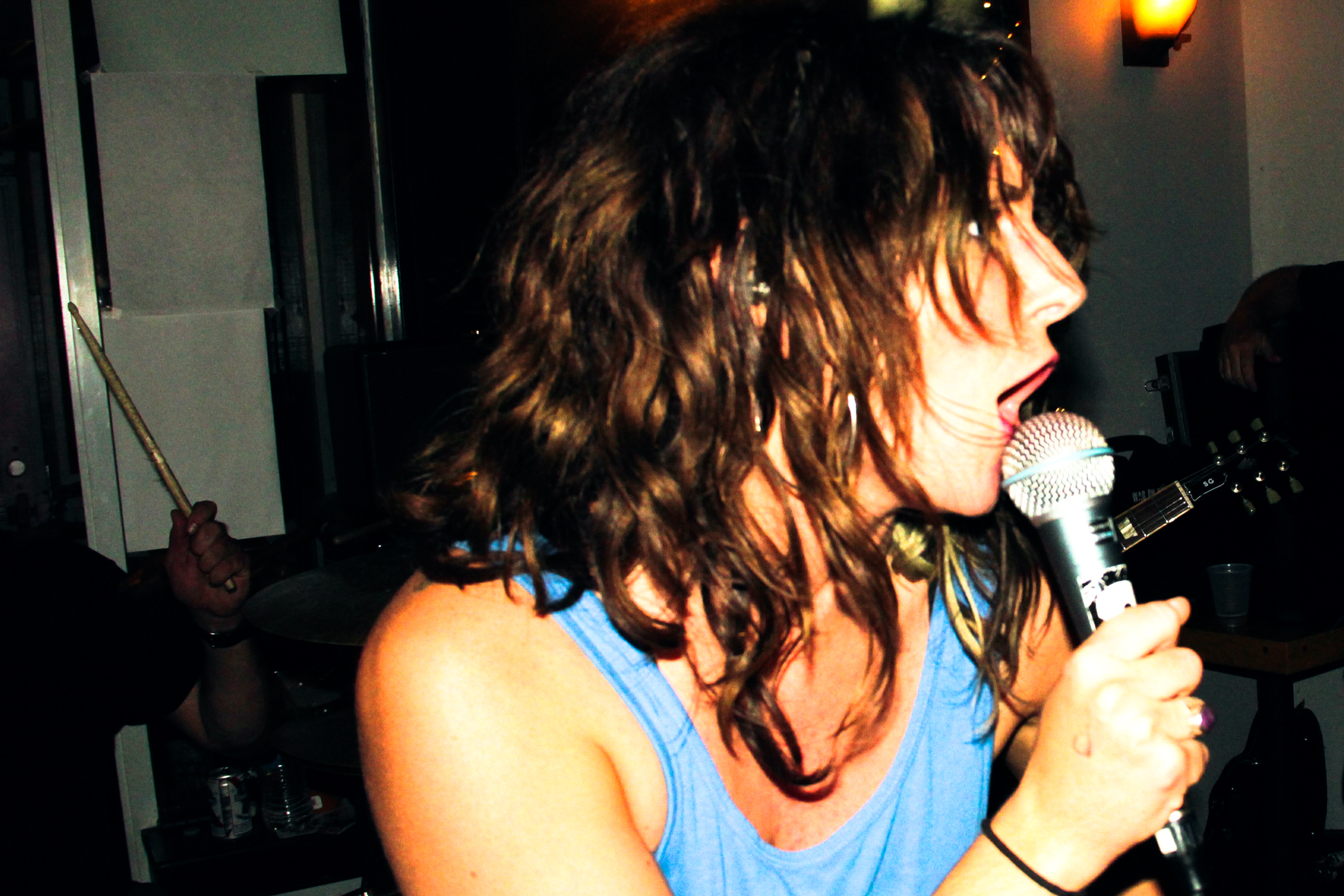 Finally, Iron Reagan took the stage.  Tony Foresta has the best stage presence that I have ever seen-Immediately at the start of Iron Reagan’s set Foresta grabbed microphone and yelled, “We’re Iron Reagan!  Lets rip out eyeballs right now!”  For anyone that listens to Iron Reagan knows this is Foresta’s battle cry to start their hottest song right now, “Eyeball Gore.”  Anyone that has not seen that music video needs to go straight to Youtube and look it up, because it is one of the most disgusting videos I have ever seen, and I say that in the best way possible.  For the next thirty minutes, the thrash metal band kept the crowd riled up until last call was finally announced. 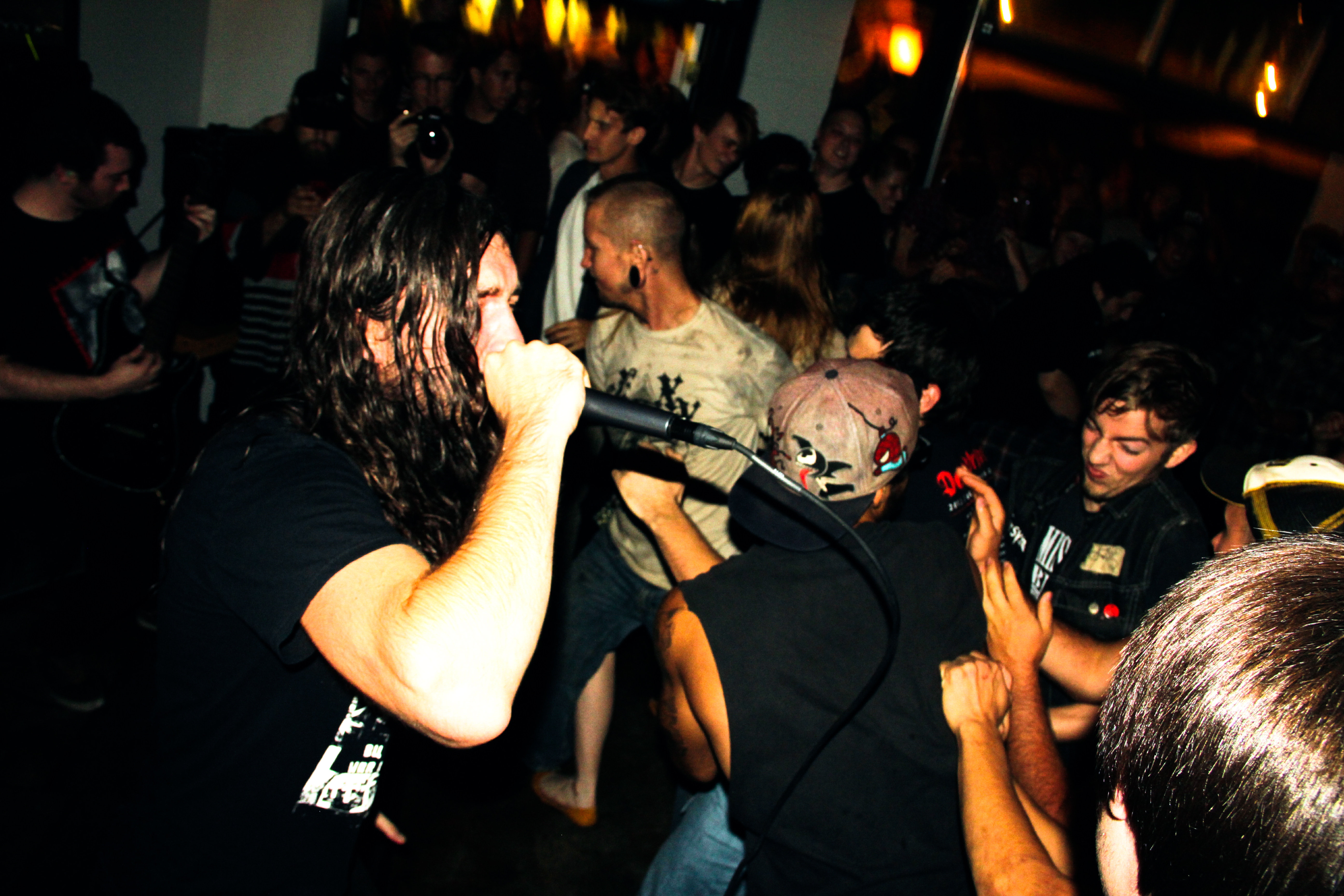 I’m probably beating a dead horse at this point, but I urge people, no matter what their preference is to go see these bands in action.  There is just something in the music that just seeps into the very bones of a spectator that makes it nearly impossible to not want to attack every living thing around them.  That might sound terrible, but it really gets the aggression that it is slowly stored up in every human being in one fell swoop in a relatively controlled environment.  Iron Reagan will probably not be free next time, but I will definitely be there to release all that metal angst on an unsuspecting audience, and maybe that will be you all. 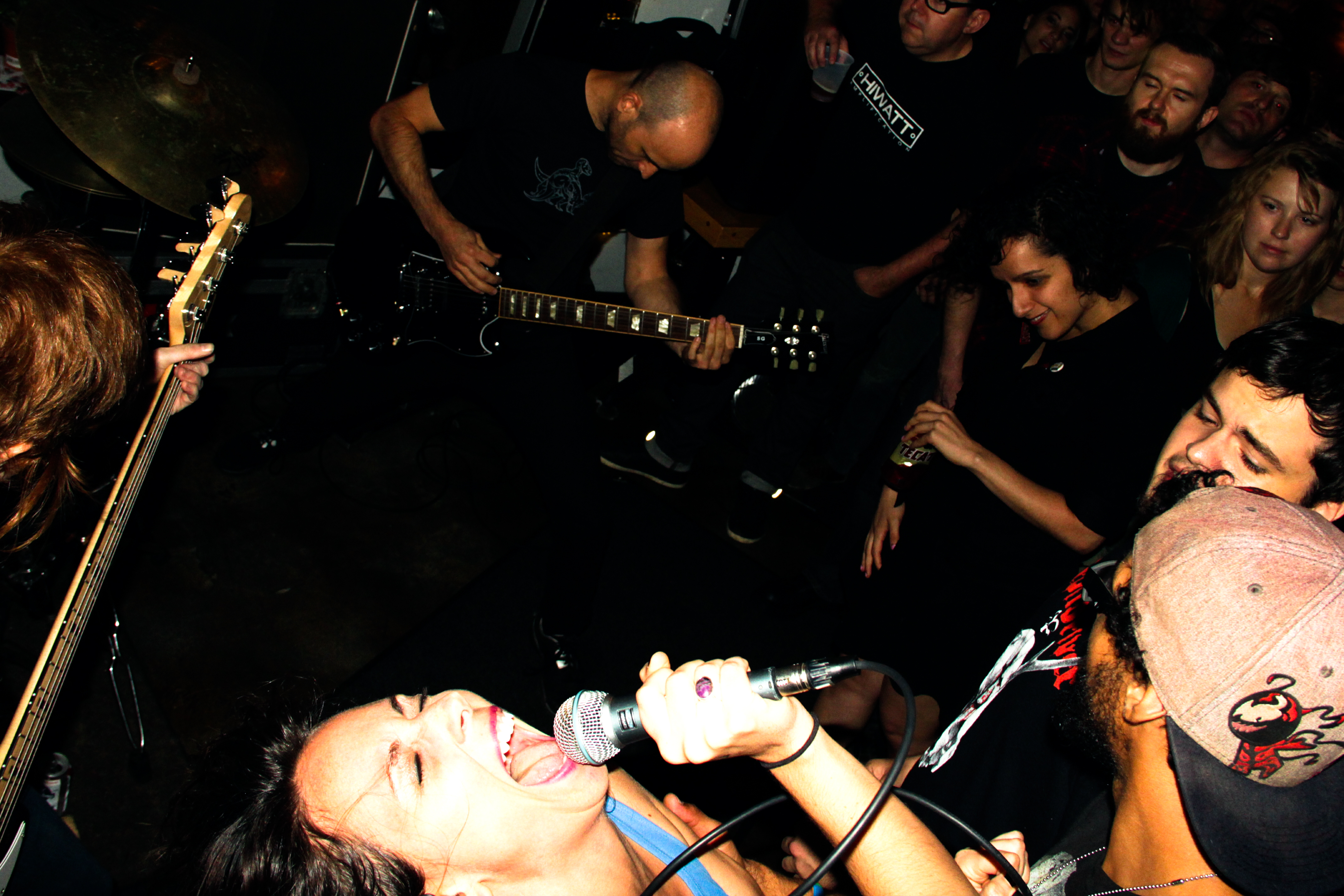