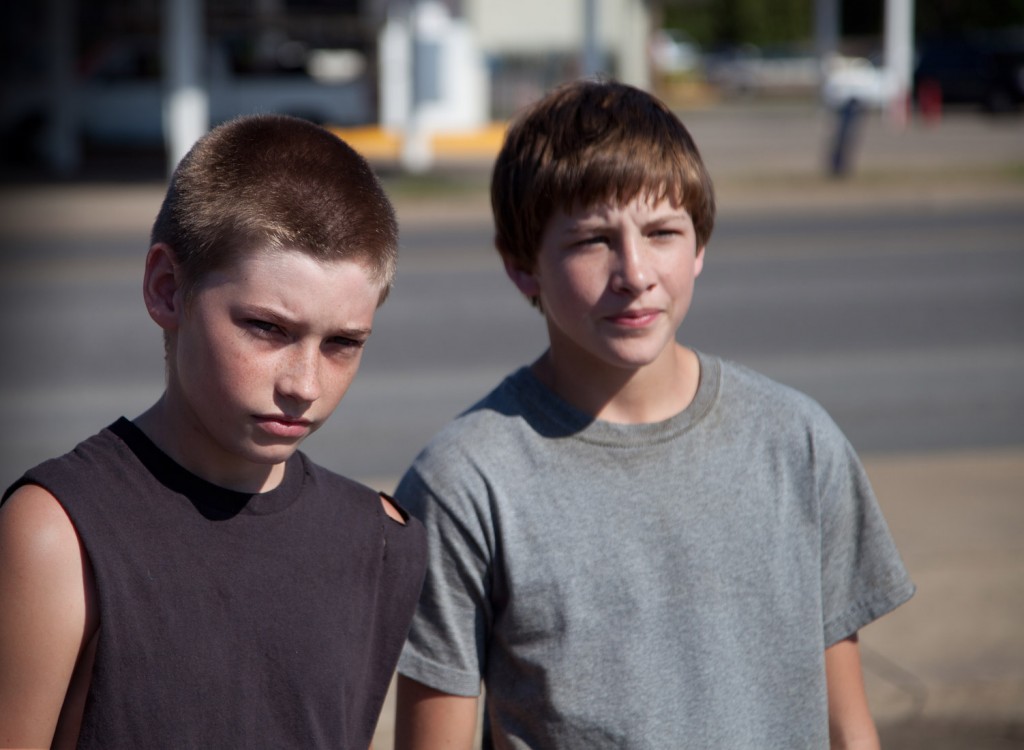 I am sucker for coming of age films. They capture the simultaneously confusing and enlightening time of adolescence, as adulthood encroaches upon the bastion of innocence. The movie “Mud” explores the landscape of emerging adolescence in a stunning and emotional way.

Set in the gorgeous wetlands of southern Mississippi, the movie centers on idealistic and romantic Ellis (Tye Sheridan), his pragmatic, skeptical best friend Neckbone (Jacob Lofland) and the mysterious fugitive they meet living alone on

The story starts out as a typical coming of age tale. The first scene we see Ellis and Neckbone just being regular boys, speaking in frank, vulgarities about girls and traversing through the wild coastlands of Mississippi seeking out adventure.

In a visually stunning scene, they head out to a small island where they find an abandoned boat in a tree. They lay claim to their newly found treasure but run into an unkempt, bedraggled Mud. Mud strikes an offer with them, if they bring him food, he will let them keep the boat they found. 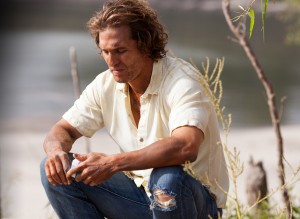 Neckbone is distrustful of the fast talking, enigmatic Mud, but Ellis takes to the Mud’s compelling stories of his true love Juniper (Reese Witherspoon) that have the epic proportions of a Shakespearian tragedy. Neck is in for the promise of material gain but Ellis is in it for the chance to reunite Mud with the love of his life Juniper.

In the midst of the young Ellis’s parent’s impending separation and the one-sided love he has for an older girl, Mud’s stories of his unending, go to the ends- of- the- earth-love matches Ellis’s hopeful view of love: pure, unconditional, and absolute.

The film has a brilliant cast whose performances carried the heavy, complicated context of this film with powerful and understated performances. McConaughey’s portrayal of Mud is well-done and is full of a hopefulness that is tinged with tragedy that is reminiscent of the hungry love that Gatsby has for Daisy in the The Greaty Gatsby.

I’m speaking obliquely here because I do not want to reveal the ending but at first, I found the conclusion to be satisfying but too neat, too convenient, and generally, a letdown. The complicated relationships and circumstances that the boys experienced seemed to be trivialized by the pleasant ending and it looked like the film took the easy way out.

I expected an emotionally shattering conclusion- an ending that really showed that the life is unfair and shitty sometimes. I thought would have had more verisimilitude but the more I reflected on the ending, it grew on me.

The movie doesn’t promise everlasting happiness. This is shown through the adult relationships and their respective dysfunctions. Those relationships demonstrate that disappointment and heartache is a part of life. But the ending, also carries a message that life doesn’t end when love does; it also emphasizes that there are no absolutes when it comes to love. Life and love are messy and it’s also clear as mud.