Norfolk Hardcore: A Q&A With BATO The group has kept the spirit of hardcore music alive in Norfolk through their own music and by running an independent studio space. Studio 239B is a small recording and performance space rented out of an extra room in a vending machine repair shop. It’s also the home base of the band’s record label, Not For The Weak (NFTW). My photographer, Aidan, and I were able to catch up with BATO before their show at 239B on March 6 and sit them down on their sticker-bombed futon for a quick Q&A. 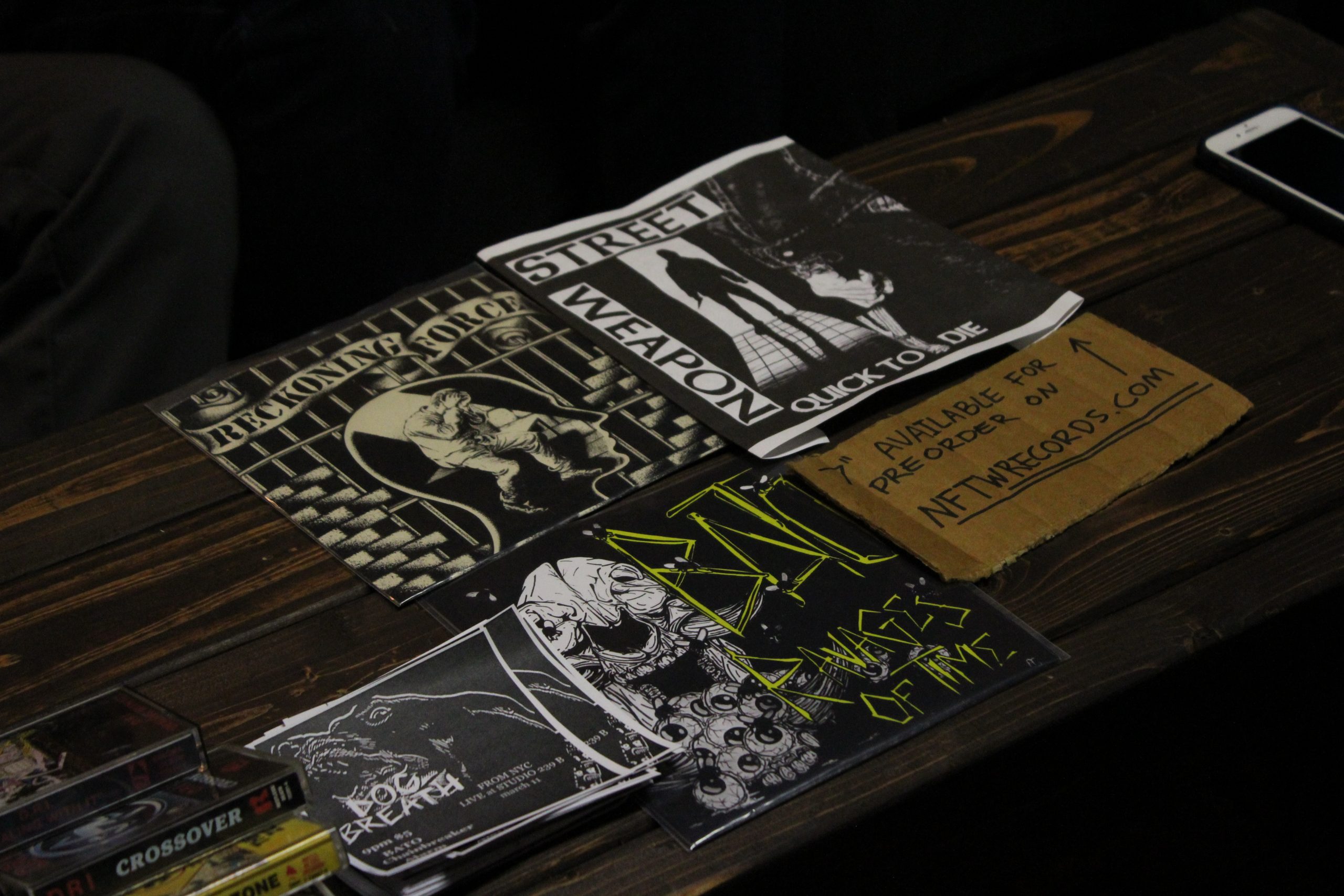 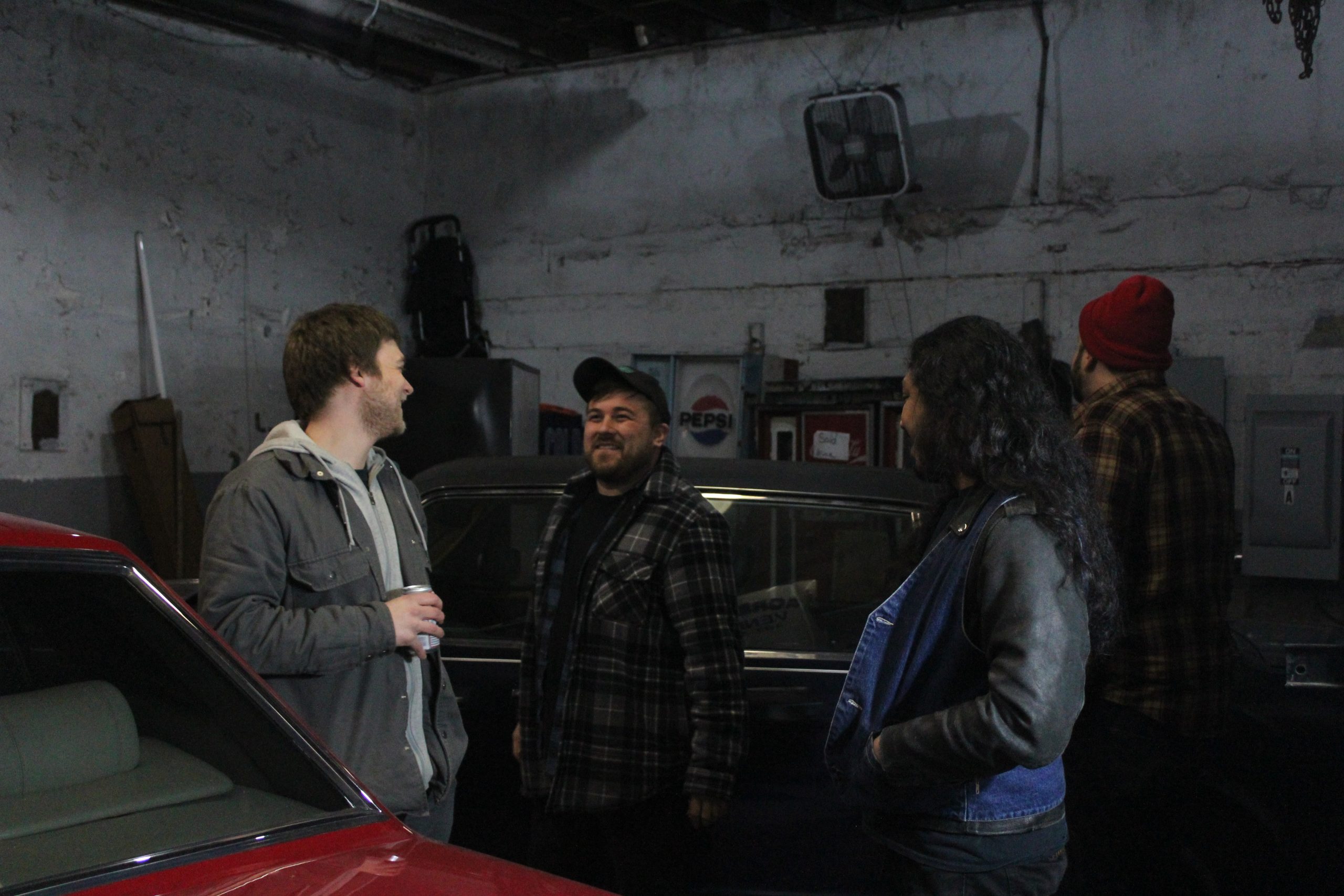 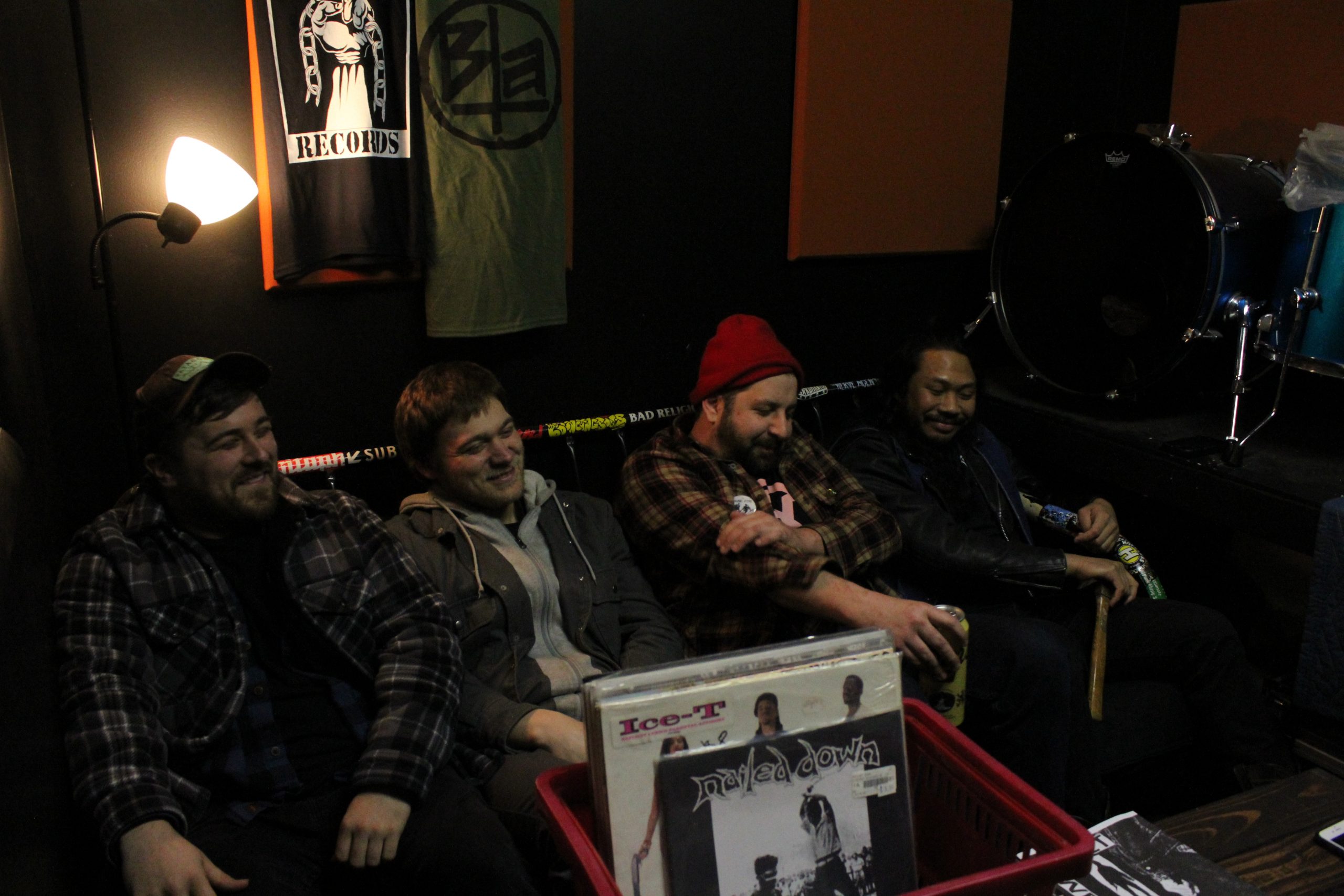 N: How did you all meet? How’d this whole thing start?

Chris: Me and TJ have known each other for too long… something like 17 years. We initially started [the band] then had a few member changes before becoming this thing right here. Greeno actually recorded us before he was in the band, but we needed a guitar player so he hopped in. And Zach, we needed a more consistent drummer so we got Zach.

N: Has being in BATO evolved into any other projects or led to other bands amongst you guys?

Zach: I guess all of our bands have kind of led to this space right here, like us and all the bands listed down there (the merch table), their releases. We all kind of share this spot. At this moment, someone burst into the room, shouting, “Hey did you listen to that fucking playlist I made?”

The band shouted back “Hey get the fuck out we’re busy!” and told us to lock the door.

TJ: Well, I was a kid; I don’t know what age. It always just kind of stuck with me. Hardcore- I guess from just being a loner and an outsider; and you know- started with some shitty punk to whatever you call it now.

Chris: I remember back in seventh or eighth grade the cool thing was to write in white out markers on your trapper keepers (you know, those big binder notebooks everyone had) this kid was writing bands. I was into the bands at the time like Marilyn Manson, Nine Inch Nails and stuff, but I was like “Hey what are those bands you’re writing?” and he goes “Oh, they’re punk bands.” I’m like “what’s punk?”; so I end up getting a NOFX CD and then from there my friend Jordan got me into hardcore.

Chris: Yeah, Jordan Hooper. He got me into hardcore in the early 2000s.

N: Is NOFX a big influence for you? 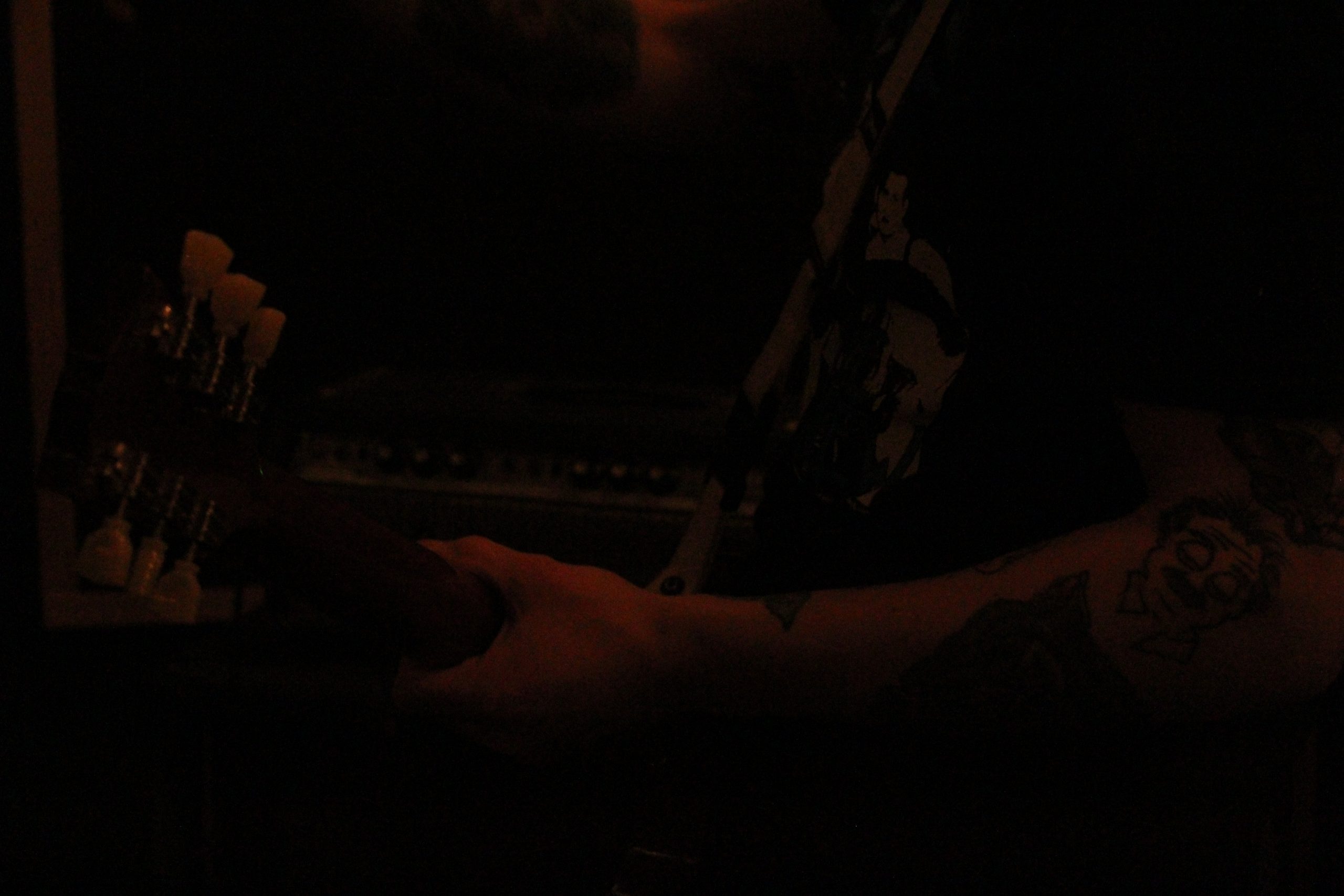 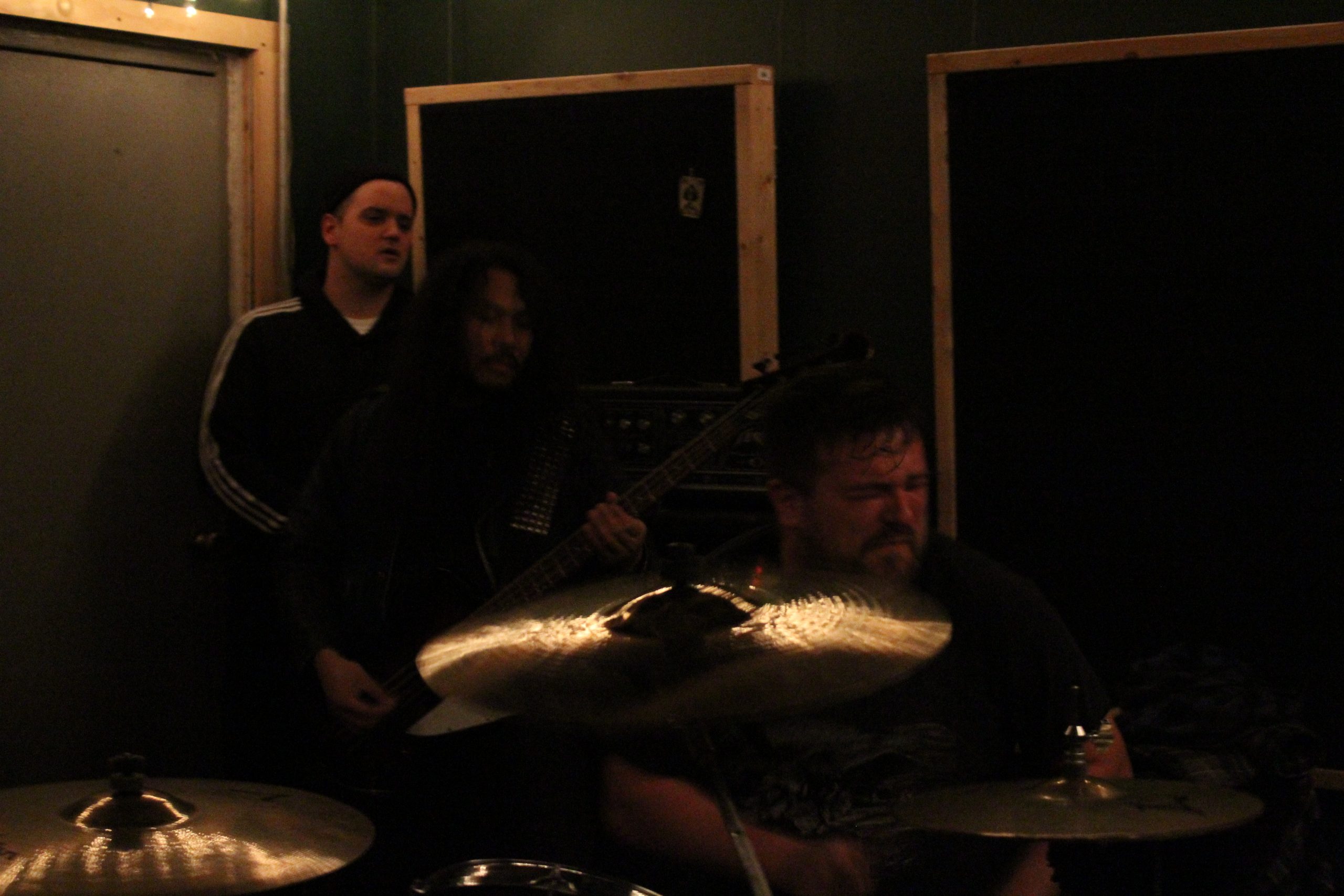 Chris: Um no, that was one of the first punk bands I got into, though.

Greeno: We do play it at practice, though; we went in on “Linoleum” at practice.

N: What are some of your big influences?

Zach: ‘80s hardcore in general, anything from the most well-known bands of that era like Bad Brains, Circle Jerks, to moreobscure things, too.

N: Okay, very cool. Bad Brains is sick. Where did the name come from? 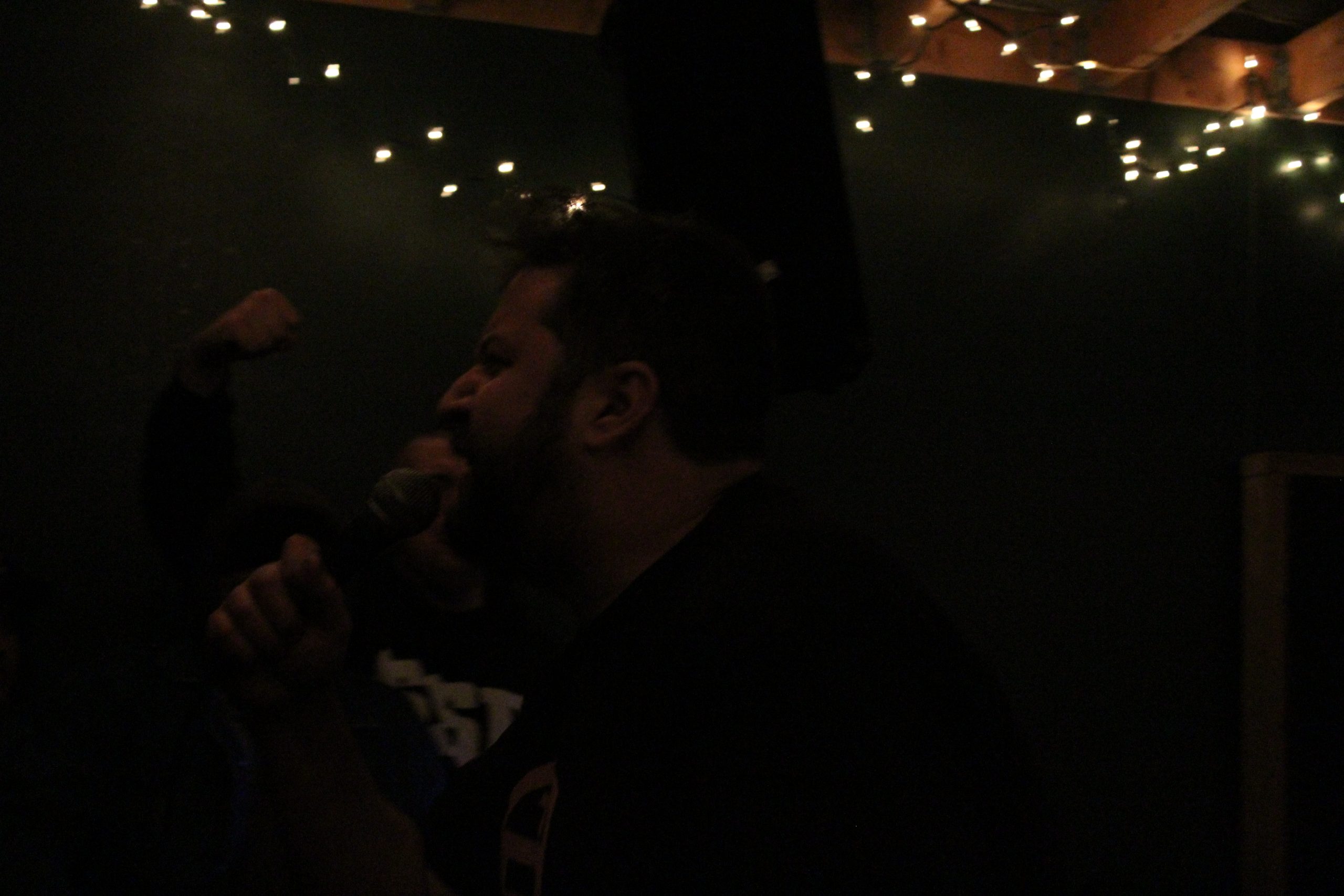 N: Can you tell me what BATO is?

TJ: It’s a word that means a lot of things. It could be proper, it could be slang. We were hanging out at Chris’ house and I called the situation of people “bato.” It could also mean you’re bored. Or it could be [you’re] stoned, it can mean rock or rock and roll, it also means “meth.” At the time, there was [like] a police person in my country; he had the name Bato, too. It kind of worked out. I thought it was a cool name and they dug it. N: Sweet. It seems to have worked so far. I want to ask you guys about a couple of your songs, like “Better Way” and “Dead End;” and on the whole “Ravages of Time” album, there seems like there’s a big aspect of the repetitiveness of life and dead end jobs. Is there any story or big event behind that?

Chris: No, not a big event. “Better Way” is basically just, you know, working a lot of hours trying to survive in this world as of now, you know? It’s kind of hard to get by working 8 hours a day in the same old job. “Dead End” is actually about a friend going down the wrong path; a path I once went down. I think the album does kind of have that theme of repetitiveness of life and monotony.

N: Monotony- there’s another song, too.

Chris: Yeah. I think it’s bullshit, but it’s something we’re forced to put up with, you know? But hardcore is my outlet, I guess. I get to express my feelings about things.

TJ: You got feelings too?

Chris: Yeah I have feelings.

N: So hardcore bands have feelings too?

N: If you guys weren’t doing music what do you think you’d be doing?

Zach: Probably the same shit but just not having that release. We all work, we all have careers and jobs that we don’t typically enjoy for the most part. Stuff like this just gives us an outlet for release. 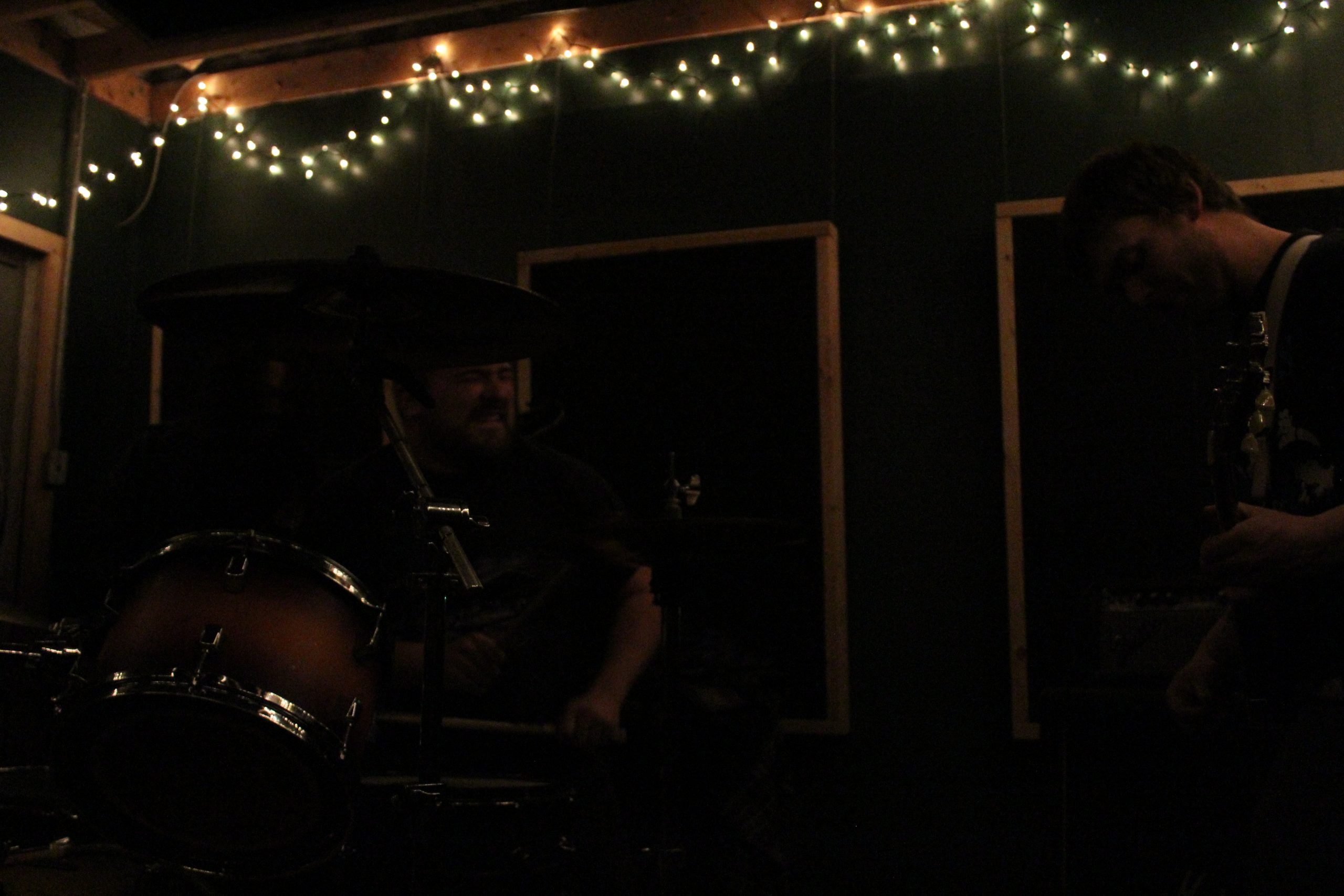 N: Was that part of the idea behind starting this studio?

Zach: That, I think, just came out of not really having a place to nurture what we want to do here; in terms of having all-ages shows that are cheap, focused on supporting the local music, the touring bands, and not having an emphasis on paying a door guy or worrying about a bar tab. [Greeno] is the guy that records everything, this is his baby. 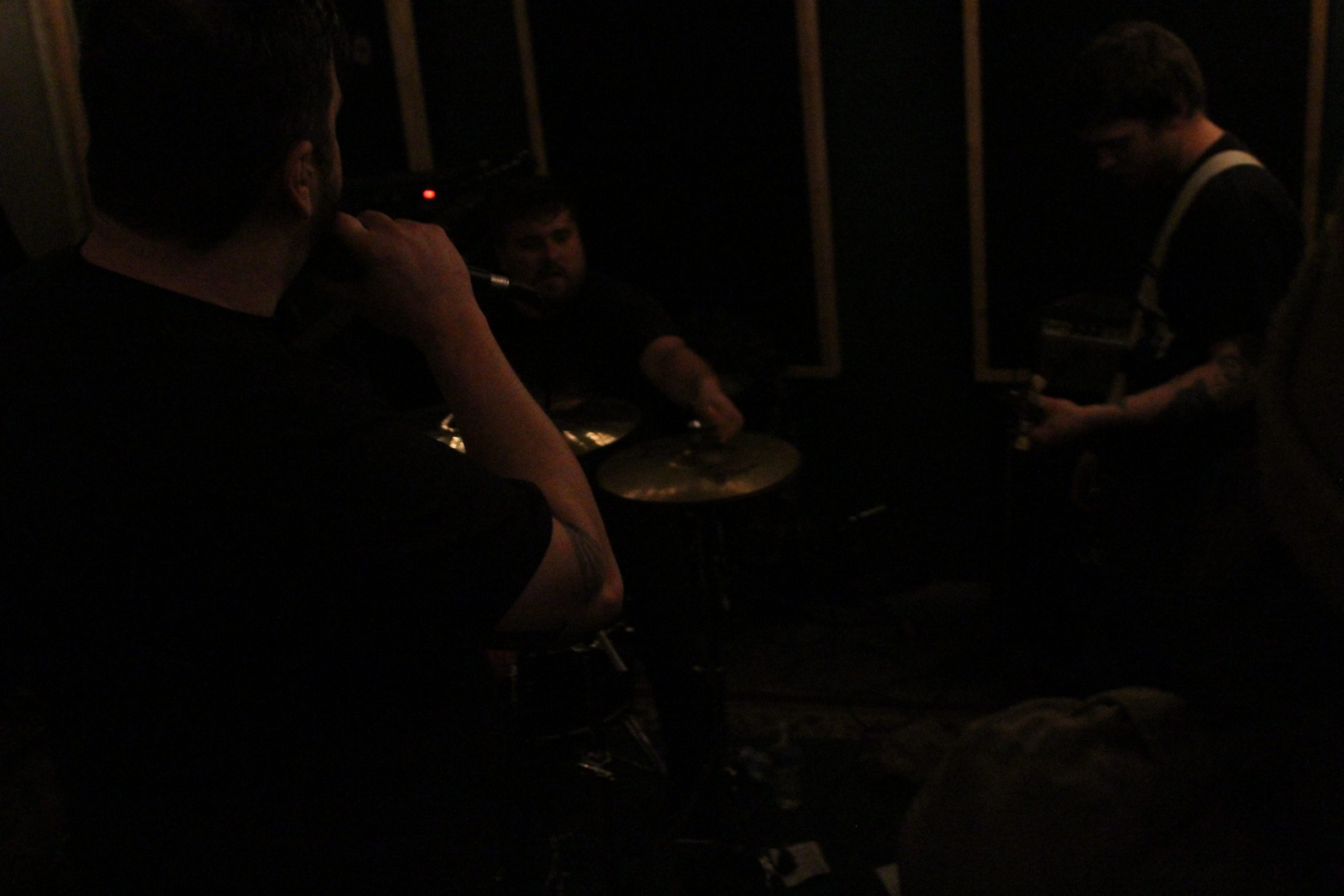 TJ: Ask him where he got it.

The simplicity of this answer led to a roar of laughter between the band, Aidan and I.

N: Since starting this spot have you seen it give back to the Norfolk scene as much as you’ve put into it?

Chris: I think so. I think it’s created a whole new thing. There really wasn’t much of a Norfolk hardcore scene. There was the VB scene which was its own entity in its own right, but we never imagined it to get like how it is now. It’s a whole, like, different group of kids. Some of the older guys come out and stuff, but like, it’s its own thing which is kind of cool. 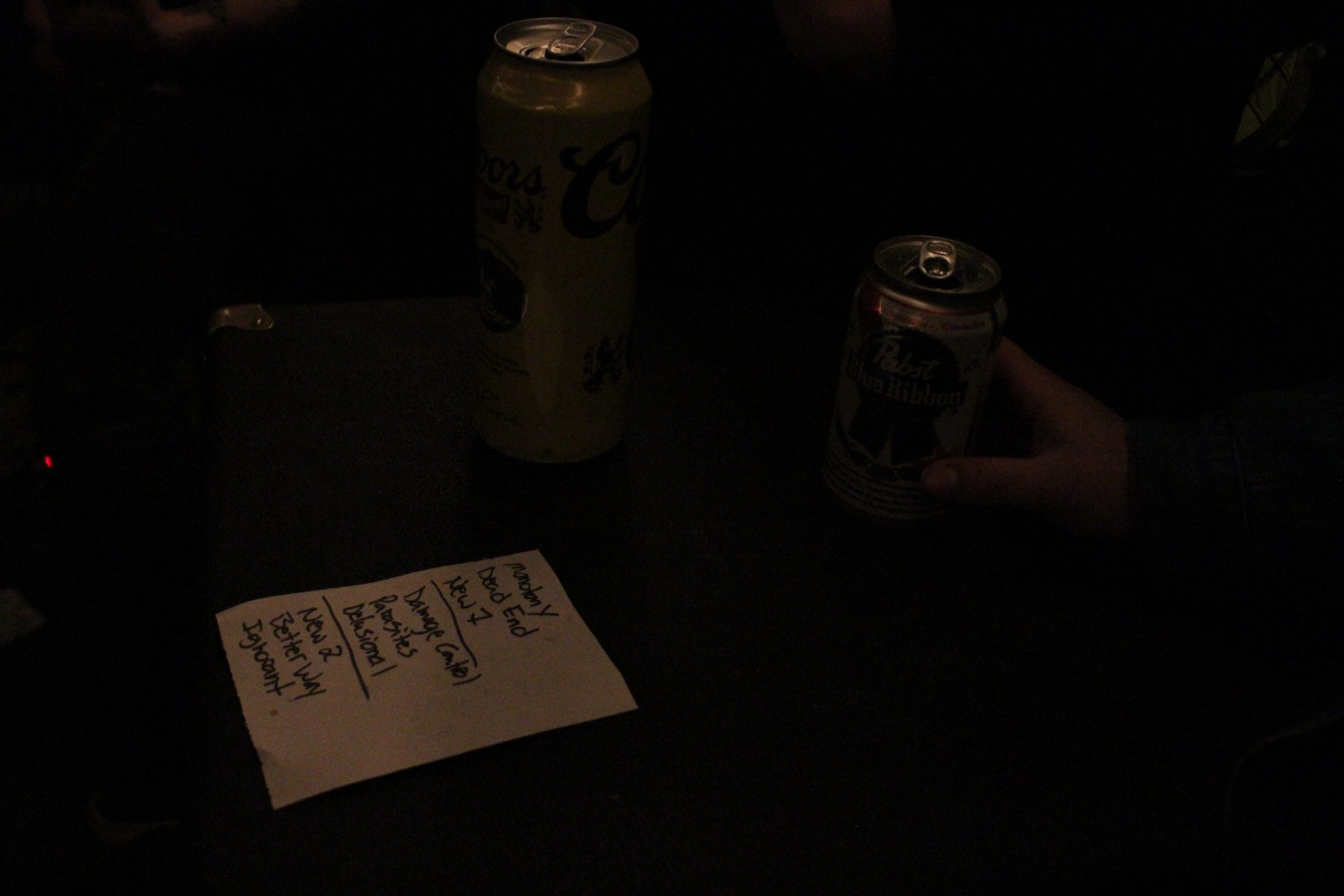 N: Yeah, it is pretty cool. So you guys have a show in Philly coming up, and you’ve been playing a lot of shows, it seems. Do you have any big plans? Any other big shows coming up?

Greeno: That show’s a part of a tour we have coming up. The first stop will be Raleigh, second stop Charlotte, third stop Pittsburg, fourth stop New York, and then Philly will be the fifth stop.

TJ: We’re going to see who gets the Coronavirus first.

Zach: You know I was actually thinking about that shit this morning! I was like “fuck man we’re going down south, going over, going up, we’re going everywhere and going to bring it back to Virginia.”

N: You guys are going all over! I think that just about does it for me. One last thing though- can you guys tell me a joke?

Chris: I have more observational humor.

Greeno: TJ’s the funny one.

Zach: Yeah TJ, you got a joke?

TJ: You guys uh… want me to smash that phone with this hammer? 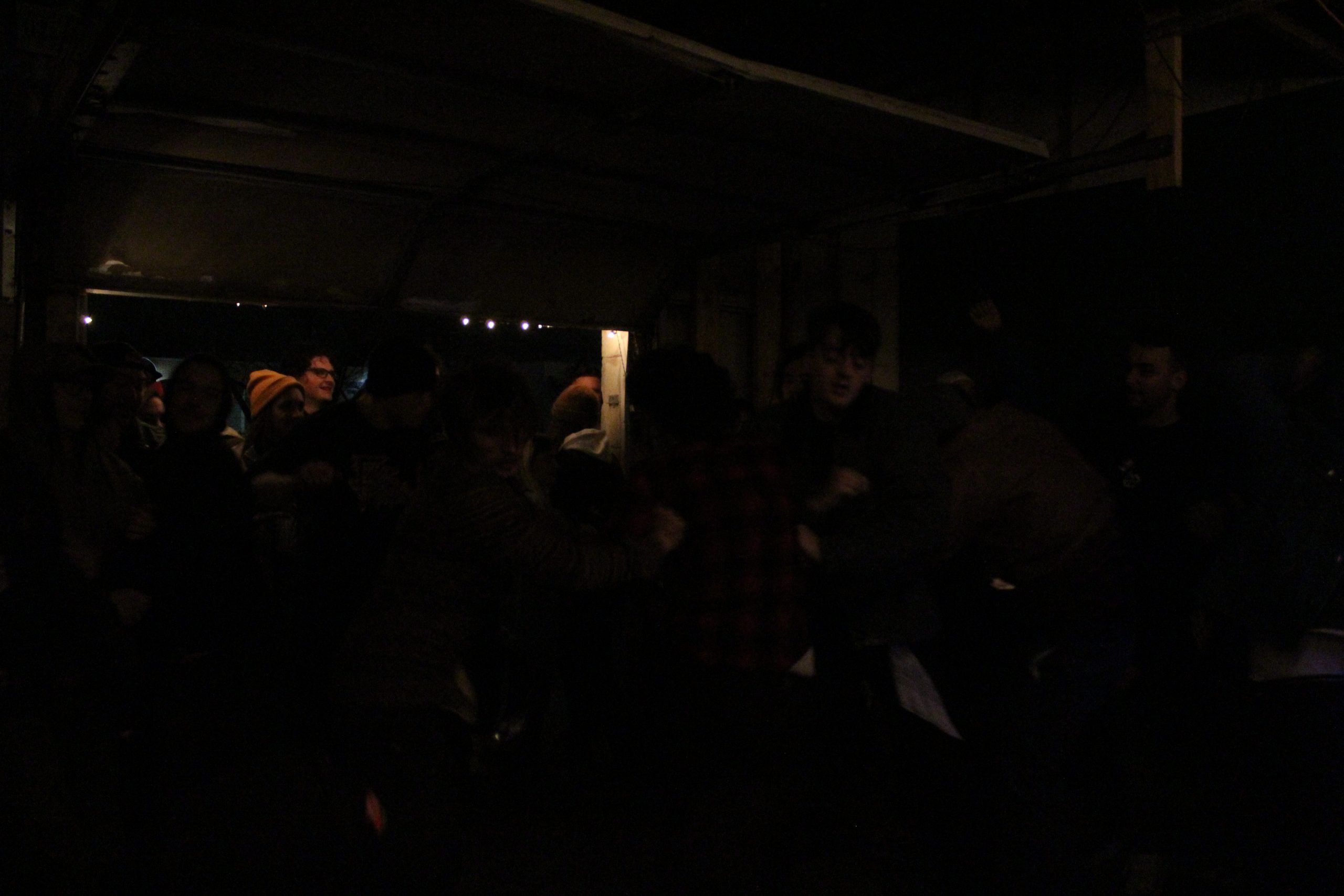 Following this, we were given a tour of the vending machine shop, told explicitly where the bathroom was, and showed the Bentley and Rolls Royce that were hidden in the back. Throughout the night, we continued to drink beers and watch bands play alongside BATO until their own performance closed out the night. Halfway through their set, frontman Chris pulled off his shirt, exposing the “HILL FOLK” tattoo he has across his stomach. Every time I stepped into the pit to take a picture, I found myself slammed up against the wall from the mosh. It was truly crazy, and BATO is a band that is absolutely worth seeing time and time again.