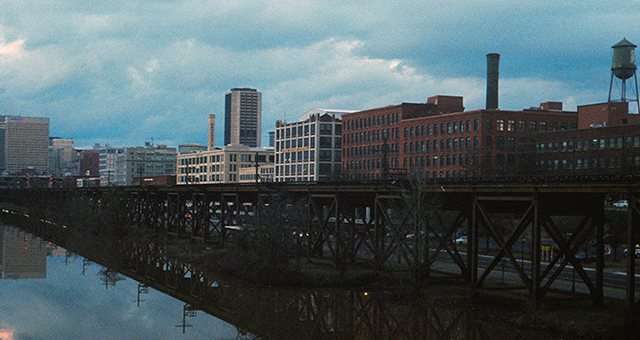 This past Monday’s public forum between police and citizens of Richmond, including the activist group Justice RVA, discussed police’s treatment of citizens and police conduct during these interactions.

The night seemed to have two sides of the table: people who thought the police were doing a great job, and those who thought otherwise.  Main concerns were police protocol when dealing with a suspect citizens, citizen’s being able to trust officers, and how officer misconducted was reported and punished, especially towards minorities.

Police brutality came up, with citizen’s concerned about how people were being treated during the arresting process.

During an arrest citizen’s were told to “comply and complain”, meaning stay quiet during the arrest, and report misconduct afterwards.

“If you act right, there’s no reason for conflict.” one audience member said.

A member of Justice RVA asked about if there were any guidelines for when police use excessive police.

“We can’t tell them what force to use.” Police Chief Colonel Durham said. “Every officer is trained when to use the least level of force.”

Member’s of the audience who were propolice claimed that many people from the opposition were simply upset with the Richmond police due to the recent national issues with police brutality in areas like Ferguson and New York.

One citizen said they were “Trying to put on a shoe that just ‘aint fitting right now.”

According to statistics given by the police department in 2014 of the more than 227,000 calls officers responded to only 98 complaints were filed.

A few audience members brought up the point that not all citizens are comfortable with coming forward to police due to previous treatments.

Police implored citizens to come to them with any issues they have had with the police.  Captain John Hall, head of the Internal Affairs Division even gave out the direct phone line to the department, and told citizens they could give anonymous complaints.

“We can’t do it all by ourselves.” Durham said.  “I can’t hold my officer’s accountable if I know they’ve something is wrong.”

The police’s stance on the issues seemed to be that they have been increasing efforts to engage with the community, and implemented a day long reduced bias training to help officers reduce pre-existing prejudices when on the job.

“Started recently before the nation wide issues was reduced biased training,” Officer Jeremy E said the program includes “Admitting biases already had, and working on minimizing bias in a situation.”

One audience member called out the police’s stance as solving bias by “using color blindness.”

Another citizen said that “One day cannot remove a lifetime of bias, no matter how good the training is.”

Often the police’s community engagement was their answer to questions, even when it had no relevance to the questions asked.  Due to this there were a few times that audience members had to re-ask questions to get a clear answer.

Neither side seemed to act professionally.  Both sides engaged in active eye rolling, and interrupting the questioning process with their own personal points.

The meeting was ended with a statement by the forum’s mediator Clovia Lawrence, otherwise known as “Miss Community” that this was not the end of the discussion and that talks would continue.