story and photos by Sarah Thaw

“Do you know when Mac is coming out?” an underage girl frantically scrubbing the Xs off the backs of her hands asks. That was the question on everyone’s mind at this sold-out show at Strange Matter. Although the rumored appearance of indie-rock artist Mac Demarco seemed to be what drew most of the crowd out, the headliner, Perfect Pussy, had no problem stealing the spotlight.

A mixed crowd of teens and twenty somethings gathered in the venue to see Perfect Pussy. The noise-rock and hardcore punk band reigning from Syracuse, New York fit right in with Richmond’s grungy music scene. 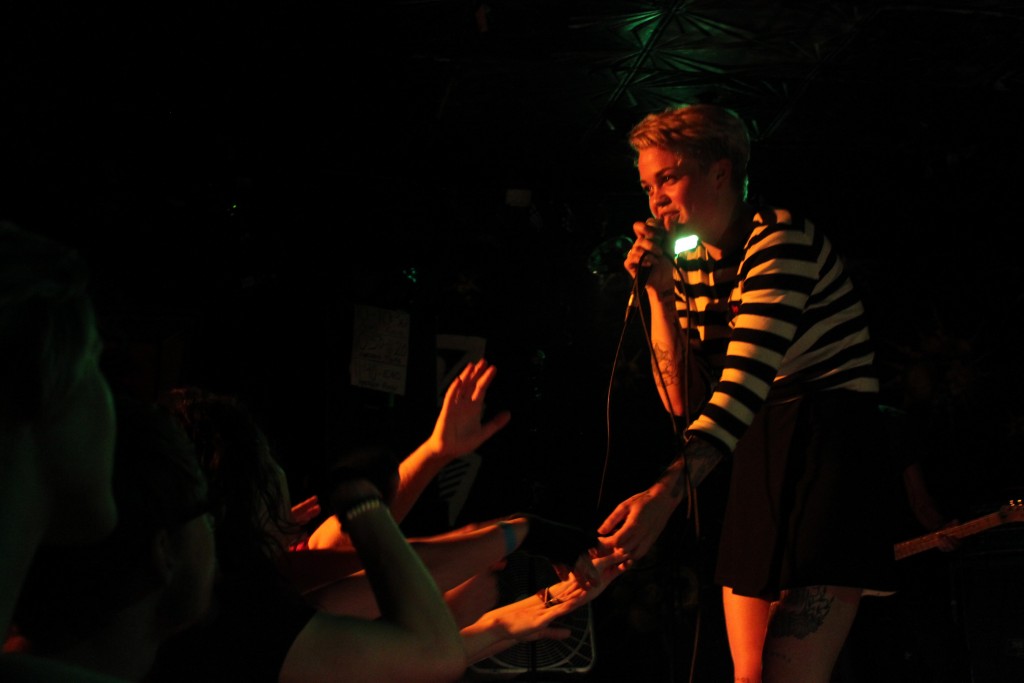 Rowdy shows are Perfect Pussy’s staple and this performance was no exception as the high energy level was reflected in the crowd with a collision of sweaty bodies moshing and dancing. There was a magnetic connection between the band and the audience that left a lasting impression and ears ringing.

Perfect Pussy consists of vocalist Meredith Graves, drummer Garrett Koloski, guitarist Ray McAndrew, and Shaun Sutkus on keyboard. They got their start in an unconventional manner in 2012, forming as a “fake” band for the film “Adult World.” 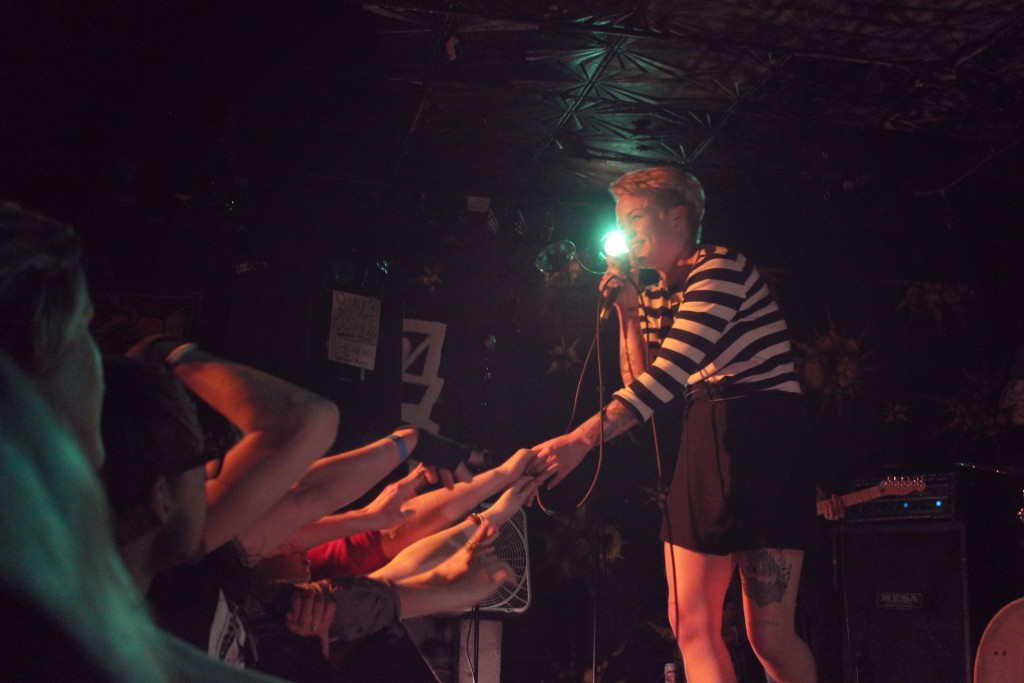 After filming ended, they continued performing together and became a legitimate band signed to Captured Tracks.

“Bad ass girl power” is what comes to mind when describing Perfect Pussy’s front-woman, Meredith. Her fiery personality is contagious and charismatic, and her abrasively poetic lyrics are complimented with a powerful stage presence. Underneath the hard exterior, her lyrics are honest and personal, focusing on issues surrounding sexuality and body image. 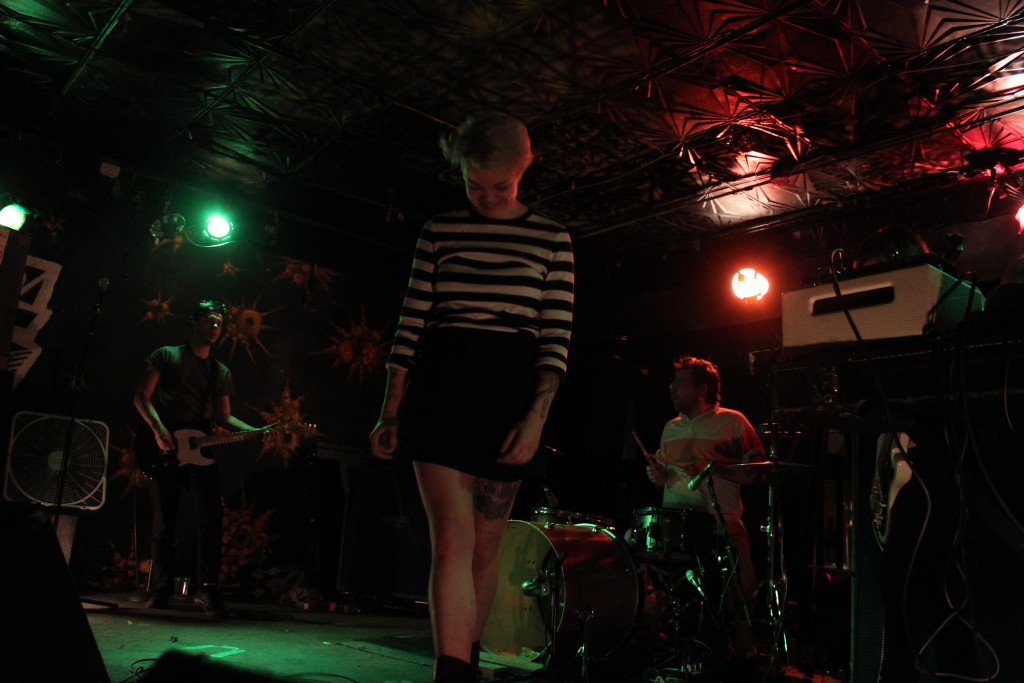 Music isn’t the only outlet that Graves uses to express her views on these issues. She gives presentations on the stereotypes surrounding women in the music industry and her experience as a female musician under a male standard.At a mere 27 years old, she has already launched her own record label, is working on a solo record and dabbling in her own creative pursuits in photography. This girl is taking the punk-world by storm and is definitely one to keep on the radar.

Perfect Pussy is continuing their tour with the next stop in Nashville, Baltimore and New York.