The show that took place at the VCU Compass on Sunday the 12th undoubtedly encouraged the same organic sharing of art and community that past pop-up shows have. Sound checking began at about a quarter past 7, and by that point a biting cold had settled over the grassy lawn across from Cabell Library. It was the kind of severe chill that would make it hard to grip a pen, let alone play an instrument. Nevertheless, the show kicked off.

Capnjames, an independent alternative solo act, opened the show with a few crunchy instrumental versions of his originals, most of which are featured on his latest EP, “Bed.” The recorded versions of these songs are full of delightfully glitchy vocals, lush layers of guitar, and carefully crafted electronic drum parts. But what the live versions performed on Sunday lacked in sonic bells and whistles, they made up for with energetic riffs and punchy drums, the latter of which were provided by Benjamin Perkinson of the project Sub Wrosa.

Tommy Salvato, the artist behind the indie rock project “Housesick,” was the next to play, again accompanied by Perkinson. The original songs the pair played were heartfelt and catchy, featuring straightforward chord progressions strummed under memorable vocal melodies and sincere lyrics. The song “Fast Enough” was particularly impactful, evoking a feeling of warmth and wholehearted passion.

The math rock band Takyon played next. The two piece, comprised of Grayson King on drums and Rinatt Montoya on guitar, boasted impressive technical chops as they navigated the several musical twists and turns in their set. Montoya’s ability to seemingly effortlessly weave between jazz chords, fingerstyle melodies, and crunchy breakdowns would have been commendable in any context, but was especially unbelievable given the freezing temperatures that had caused the hands of nearly everyone else present to retreat into warm sweater pockets. King’s drumming proved to be similarly spectacular as he deftly laid down insistent rhythms and complex fills.

The three piece Rocket Vomit then took to the stage (“stage” in this case meaning designated patch of concrete), serving up their bombastic and aggressive punk sound with its characteristic punch and charisma. Drummer Zach Bruington provided lightning fast fills and urgent rhythms to complement the effortlessly enthralling, distortion soaked progressions played by bassist Jackson Prior and lead singer and guitarist Evan Solomon. Their second to last song, entitled “Drowned Out,” was a highlight of their set, and showed off their ability to build dynamically in a way that kept the crowd engaged and excited.

Wallpaper closed the show, and although their time in front of the crowd was cut short, they didn’t have to get through much of their setlist to establish their ability to craft songs that float somewhere in the sweet spot between catchy and avant garde. Their live version of the track “Tuna Salad” off their EP “Good Morning” exemplified this perfectly; the short song centers almost entirely along a solitary guitar riff played under minimal vocals, until it suddenly explodes into a raucous and cathartic instrumental conclusion. The two-piece perfectly balanced contrasting dynamic sections to make their set intriguing and distinctive.

Overall, the December 12th pop-up show provided a space for a diverse set of artists and bands to share their art in an atmosphere that was appreciative and warm (in the emotional sense at least). These DIY shows organized by the artists themselves and conveniently located on or near campus provide the special opportunity for anyone to experience live music and appreciate the immense talent and originality present in Richmond’s music scene. Attending shows like this one is a great way to support local artists and participate in the rich culture of creativity and passion that exists on and around campus. 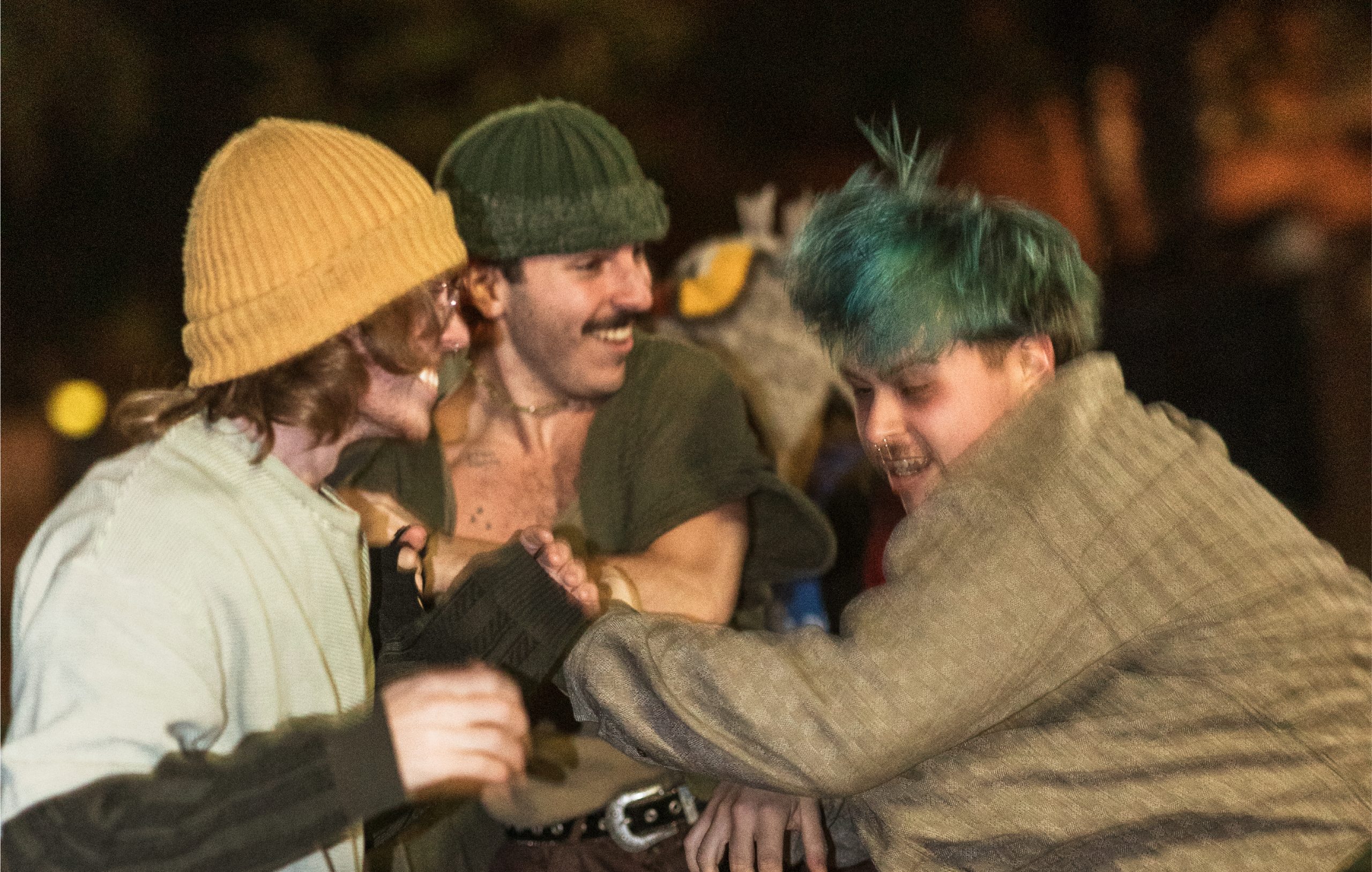 All photos provided by Jay Stonefield (@Jsvalence). See more of his work here