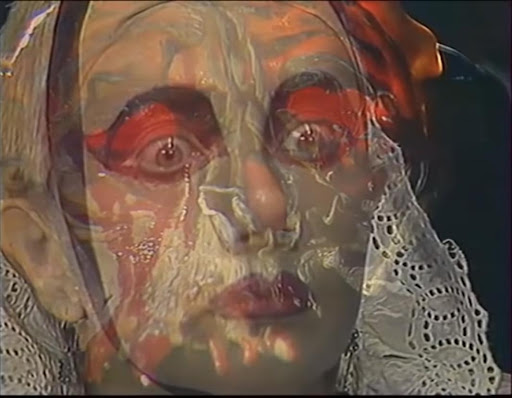 In 1991 there was much uncertainty for the future of the world. The Soviet Union was falling apart from the inside out, bringing forth the winds of change. One can’t help but wonder what it was like for those to witness this firsthand; what the civilians saw as their very lives would soon be changing in the months to come. What did these people turn to for comfort in these shifting times? A made-for-TV film adaptation of the Lord of The Rings, aired only once and then lost in the fall of the Soviet Union, until now.

As I first skimmed through the film seeing what I had gotten myself into before committing two hours for this joyride, I couldn’t believe just how goofy this movie was and how cheaply made it was, with small in-studio sets, exaggerated acting, and laughable effects. It resembles a school play directed by Gorbachev after reading Lord of the Rings rather than a serious film adaptation. Yes, it is bad, but my god it is hilarious and quite frankly profound in parts.

It begins with a slow melancholic song that is both cold and ghastly. The lyrics are in Russian but translated as Tolkien’s original poem of the One Ring.

One Ring to rule them all. One Ring to find them,One Ring to bring them all and in the darkness bind them.

Given the context of Russia at the time and the doom-centered tone of the song, it could very easily be adapted to real life lyrics of the final days of the Soviet Union. There are even some parallels between Middle Earth and Russia. The Lord of The Rings is an almost  post-apocalyptic wasteland, with nations in a state of decline, corrupted rulers, and little stability across the land. Sound familiar?

After all, one of the main themes in Tolkien’s novel is that power corrupts, which is exactly what happened to the Russians. 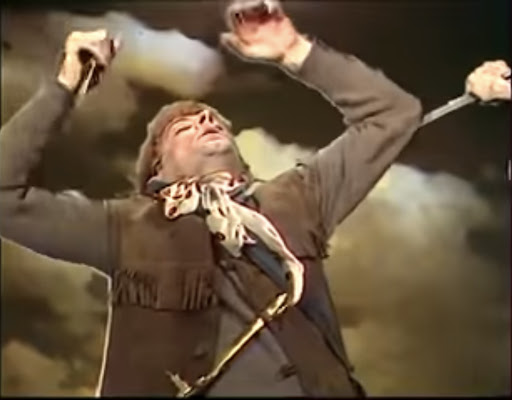 The music in this film is particularly interesting, jumping from genre to genre, keeping little to no consistency within the film. In one instance there’s traditional fantasy tunes and then a sharp turn to what you might hear at a nightclub. The shifts are so sudden it feels like someone surfing through different radio stations, unable to decide on one.

In this aspect, the film defies any set genre and is purely its own, almost post-morden with this surreal defiance of all that came before. The soundtrack almost serves as a time capsule of music from different ages all mixed in; village tunes, 70’s wizard disco, 80’s darkwave techno, eerie ambient noise-horror, new age psychedelic, and contemporary acoustic all stacked on top of eachother.

The Soviet version spends more time following Frodo and his hobbit companions’ journey between The Shire and the Prancing Pony, having plot points that were cut in Jackson’s version; such as Tom Bomdelial. The challenges the hobbits face are some of the most bizarre turns of events I have ever seen in film. In line with The Holy Mountain (1973), House (1977), and Fantastic Planet (1973). It has the artistic nature of a dream and like a dream its intentions are unknown and unexplainable.

The effects are stunning but not in any particularly good way; stock image green screens, cutaways to drawings of fireworks, a still of an eagle that the actor stands over, and so much more. The effects are just terribly janky, but it is what makes this movie special. Having this charm to them, like watching a friend’s bizarre art project that they begged you to be in. I love how bad it is and am frankly impressed with its drive to create a fantasy world no matter what. You have to respect the effort.

All of these factors make the film impossible to be fully immersed in, leaving the viewer helpless to only sit back and watch this nightmarish version of The Lord of the Rings with awe. I would say that the reason this film is worth watching is for its unintentional humor and for its psychedelic imagery, which is quite impressive for their budget and rivals the artistic nature of any other The Lord of The Rings adaptations.

It would be one thing if this was made as a cheap knockoff after Peter Jackson’s version, but it was made before those movies. The only other adaptation of the book before this one was the animated feature by Ralph Bakshi, meaning that the Soviet version may be the first live action adaptation of Tolkien’s Lord of The Rings trilogy. It is also one of the only adaptations to have a narrator in the film. The narrator pops in randomly throughout the film, staring at the viewer and sometimes smoking a pipe. Perhaps looking deep in the viewers’ souls as we witness these bizarre events.

Not only may it be the first live action version, this adaptation has its own unique Soviet touch that could never be recreated, it is purely a product of its own time and a blessing to have been rediscovered. I encourage you to watch this film on YouTube and to witness it for yourself.