The Epic Highs and Lows of Riverdale 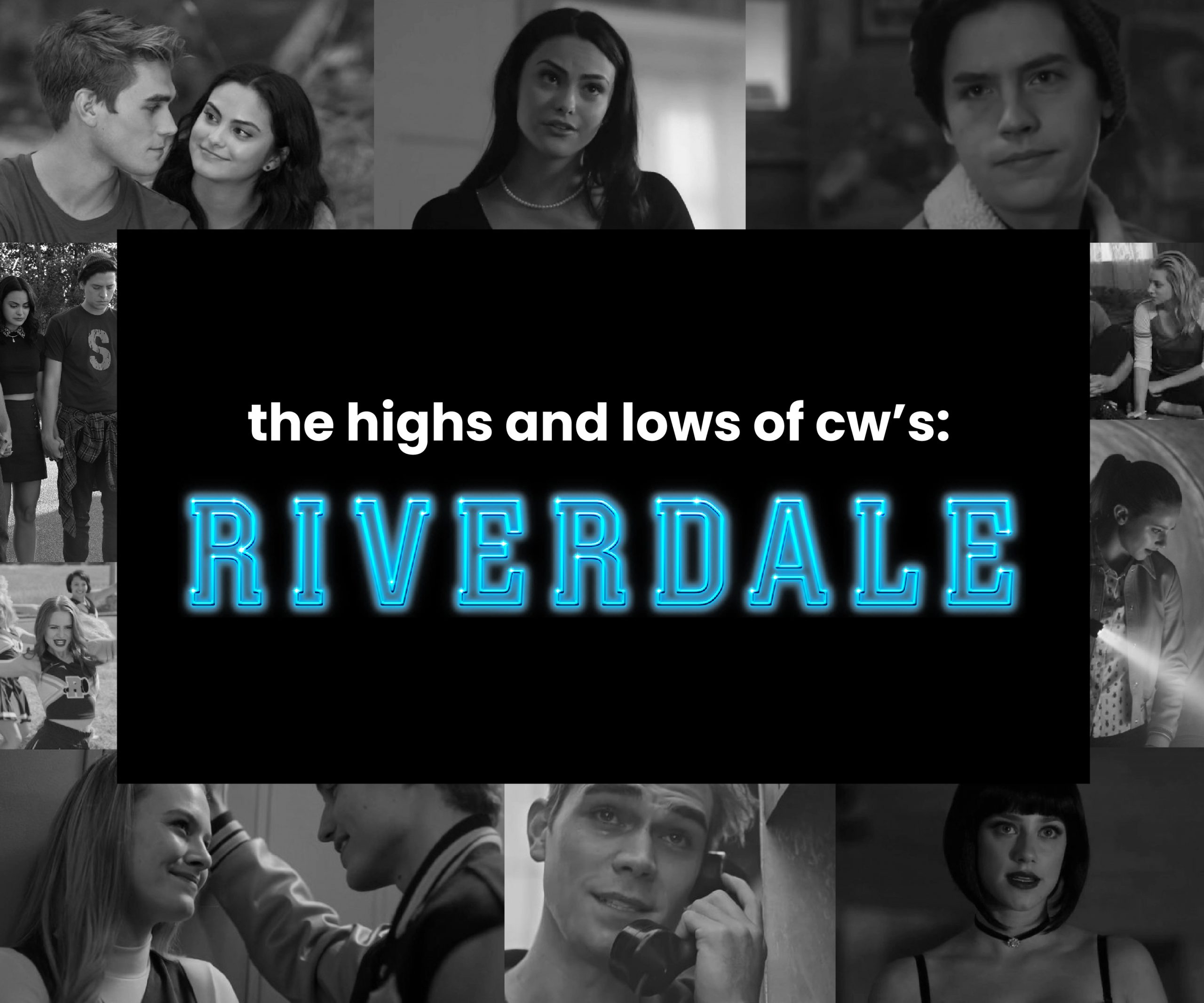 Riverdale has been airing on the CW since January of 2017. It’s based on the characters from Archie Comics, a series for children which is mostly about Archie trying to decide if he should take Betty or Veronica to the school dance. The first season of Riverdale is about Archie and friends trying to figure out who murdered their classmate. But it’s also a very, very, campy show. Even if you haven’t actually seen Riverdale, you’ve probably seen some of the more ridiculous scenes from it before. Every so often, a scene will be so bizarre and undeniably hilarious out of context (frankly, even in context) that it breaks out of the confines of Riverdale discussion circles and into the internet at large.

The first scene that really transcended the show itself was Jughead Jones’s “I’m weird. I’m a weirdo.” speech. In context, Jughead is complaining that some of the people at his birthday party aren’t really his friends, because he’s weird. This line probably became a meme because it’s ridiculous, poorly written (using the word “weird” three times in ten seconds is honestly impressive), but still strangely relatable. Who hasn’t met an overly pompous teenager who thinks they’re so special because they’re different? This meme truly transcended the show to the extent that they lampshaded its popularity in the second season.

Riverdale hasn’t had another line reach this degree of meme-ability outside of its own fans again so far. But there are tons of other lines which are infamous with regular show viewers. One of these moments is when Archie, who is in prison (don’t question it) tells a fellow prisoner that because he’s been in prison since he was young, he “hasn’t known the triumphs and defeats, the epic highs and lows of high school football”. This scene also really shows how much Riverdale has devolved from the first season. Jughead’s “I’m weird” speech is in reaction to feeling like he only has a few friends, a pretty normal and relatable situation. Archie says this after he’s framed for murder, put into jail, and the other prisoner he was speaking to tells him that he became an elementary school drop out to run drugs, yet he doesn’t blink an eye. It’s just another day in Riverdale! Even though this line caught some traction on the general internet because of how silly it is, it actually isn’t that stranger than a lot of other, less known Riverdale quips.

The feverishness of the plot is certainly a strong draw for a lot of fans. Even for those who watch the show every week, plotlines are convoluted, confusing, and contradictory. The dialogue is overwhelmingly silly, with characters talking like Shakespearean villains, or referencing their friends’ relationships using ship names like “Bughead”. The show also has a musical episode once a season, where the school puts on a musical and the characters all sing songs from it, for the whole episode. There’s also tons of non-musical episodes where characters sing anyway. And people almost always will share screenshots or video clips of the more ridiculous moments.

As Riverdale is a show intentionally full of quippy one-liners, insults, and jokes, it’s like the writers want their work to go viral. If that’s what they want, then it’s working! Accounts like no context riverdale on Twitter post screencaps from the show, many of which are just as ridiculous with context as they are without. On the r/riverdale subreddit, upvoting a post creates a little pop-up with a silly line from the show. I started watching Riverdale because every time I saw people talking about the show, I was just more and more confused. Cat burglars, satanic D&D, Archie getting attacked by a bear? And that’s just season three! Since it’s a CW show, the target audience is mostly young teenagers. But there is also a very sizable group of fans in their late teens and early 20s who discuss the show on platforms like Twitter, just to laugh about how ridiculous it is. It’s not even due to an ironic enjoyment of the show—I find it genuinely hilarious. Its massive plot inconsistencies and cheesy dialogue is overwhelmingly fun. It cracks me up to think about how ridiculous this show is, and I genuinely look forward to and enjoy watching it. Everyone should have something that they enjoy that’s like Riverdale—a “guilty pleasure” without the guilt, something fun that they can unapologetically enjoy. 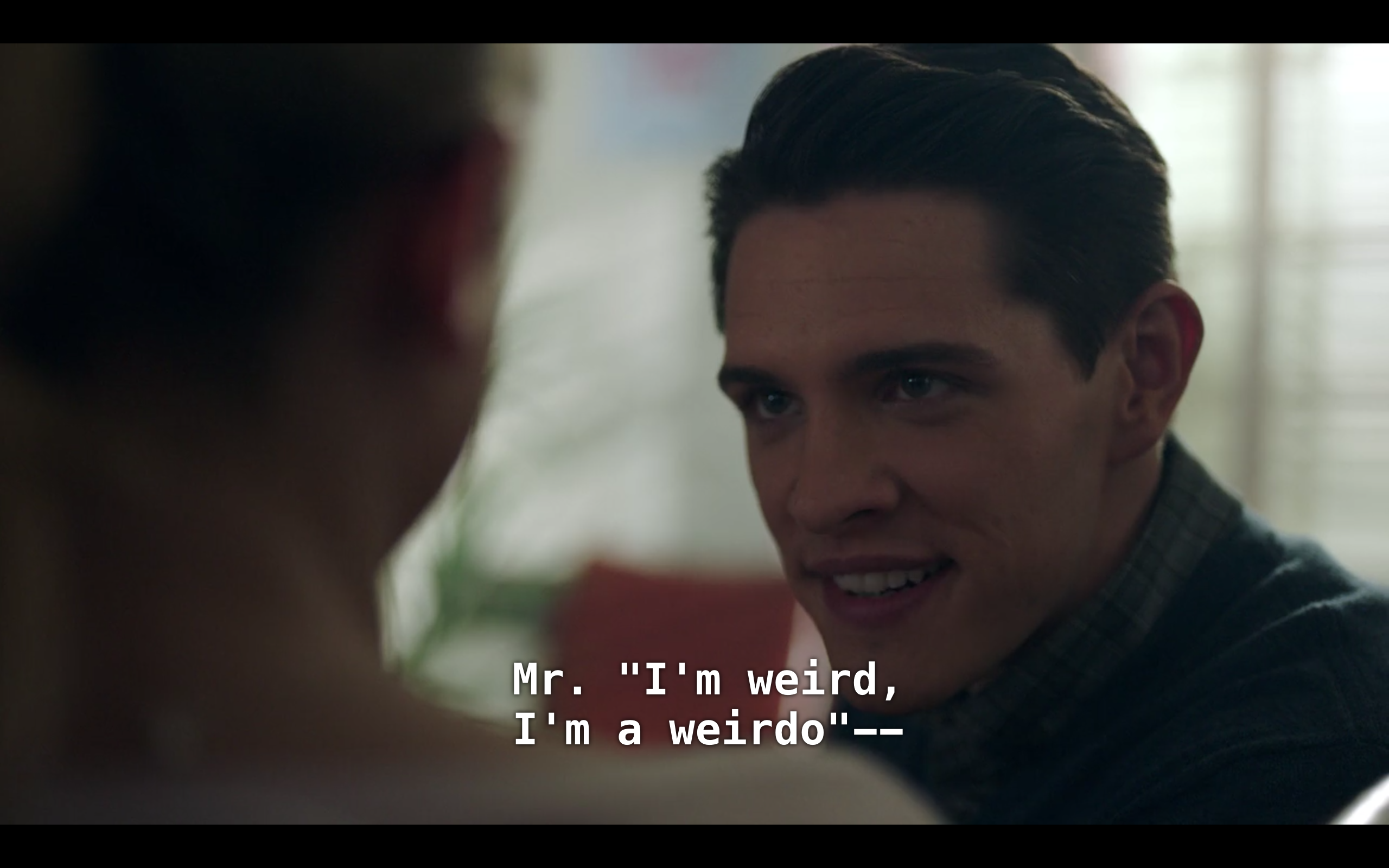