The Identity Monster and You 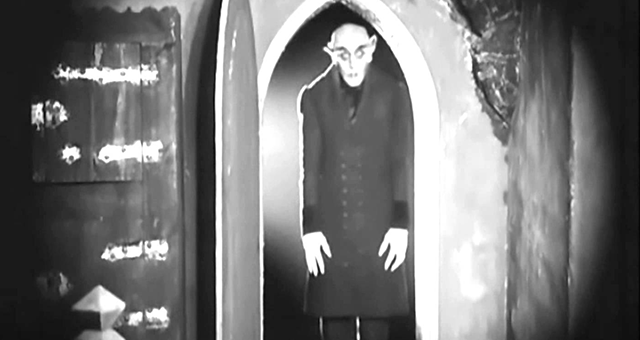 There is a scene in Alice in Wonderland that I think of often when I get the feeling that someone is going out of their way to impress or be likeable. It is when Alice meets the hookah smoking caterpillar. While he tries to give Alice advice on how to make her way through Wonderland, she is too busy focusing on herself to hear him. Then, and this is the quote that rings through my head the most, he asks her repeatedly, “who are you?” No matter how many times he asks, Alice does not answer. She doesn’t know. Instead, she keeps trying to make the caterpillar think she is so important that he should want to be her friend. “Don’t you think you ought to tell me who you are first?” she asks. She tries to recite a poem. She does all the things that she thinks will make him see her as important–thus he should be nice to her– but it doesn’t work. This desire to be recognized as special is mirrored by many everyday, real-world people. But how can someone like Alice, trying hard to charm those around her, ever begin to navigate Wonderland if they can’t even answer the question, who are you?

Being remembered as entirely unique or memorable might be the closest a person gets to immortality.  No one else will ever be like you, and no one can dethrone you from that mantle.  I rarely meet people who grow up wishing to be average. We want to be the Robin Williams of comedy, the Kate Moss of fashion, the Jean-Claude Van Damme of middle-splits.

The irony is, if you focus on projecting individuality, you often end up looking like a stereotype.  Take this example: Maybe you want to be the most interesting person in the room at a specific party, on a specific night. Logic dictates that you can do that by saying something exceptional, or telling a story that’s wild or uncommon. Instead, with the internal pressure mounting, I see people adopting the characteristics of other people they’ve flagged as “interesting”, and then imitating them.  That’s not unique at all. That is a lie.

Talking to them is like talking to a cardboard cut-out of whatever trope they are trying to be, with a “push me!” button launching a carefully scripted phrase when pressed. Here’s a few examples of some incredibly popular tropes I’ve seen in people I’ve met:

People like this talk about being true to themselves, uninhibited by society’s pressures, but it seems like their goal is to convince the public that that’s who they are, instead of actually being genuinely anything. Are all these people so focused on how they come across as a character, that they have forgotten about the human-actor on this inside? The person who’s actually alive?

As a kid, I remember thinking my father was the most confident person I knew, not because of anything he said or did in particular, but because he would wear shirts with holes in them out in public. He dressed in well-made suits during the week, but after he got undressed or on weekends, he would only wear white tube socks. With the rest of his outfit, of course. He was anything but slovenly, but if he did happen to get food stains on his clothes, I knew he wouldn’t do anything about it. He liked—and still likes–to sing loudly to Doo Wop and telling jokes about snot, or using my dog’s drool as maple syrup. I took up his do-what-you-love attitude, but I was distinctly less charming. During recess, I would hang upside-down from the jungle gym until I reached the edge of blacking out, just so that everyone would know I was a vampire. With my arms folded across my chest in repose, and all the blood in my tiny body rushing to my head, I mused that some people would never understand. But that was because they didn’t know my teacher. To seven-year-old me, my father lived with an authenticity that conjured images of pioneers arriving in a foreign land.  And I’ll never forget those things.

People who are truly unique don’t prioritize being unique. They do not step out of bed and think, “Today, I will wear this so people will see me and know that I am interesting and inimitable!” or “I will talk about this band and that book, so that people will know my talents are rare”. Exciting and unforgettable people do not do this.

Truly unique people are just being themselves. They let their own needs and desires guide them, and don’t limit themselves to what is conventional, palatable–or what might come across as memorable. Prioritizing uniqueness and choosing to be scripted for a desired perception, defaults us to a state of gross inauthenticity.  Reality with a laugh-track—cry now. Applaud now. Say “Awww”.

It can be scary and confusing to put our unscripted self out there. We can be left feeling that our own weirdly passionate, quirky, or unconventional personalities couldn’t be of value. People will tell you those parts of you aren’t worth being cultivated. You shouldn’t let that shift your authenticity.  If you’re living healthily, it shouldn’t be on everyone else’s terms. Your life, your genuine ambitions, are capable of being deeply meaningful to you, while bringing you closer to the people who want to see you succeed in your own way. Don’t let anxiety be your compass. No one should waste their time molding themselves into a character who has already been written.