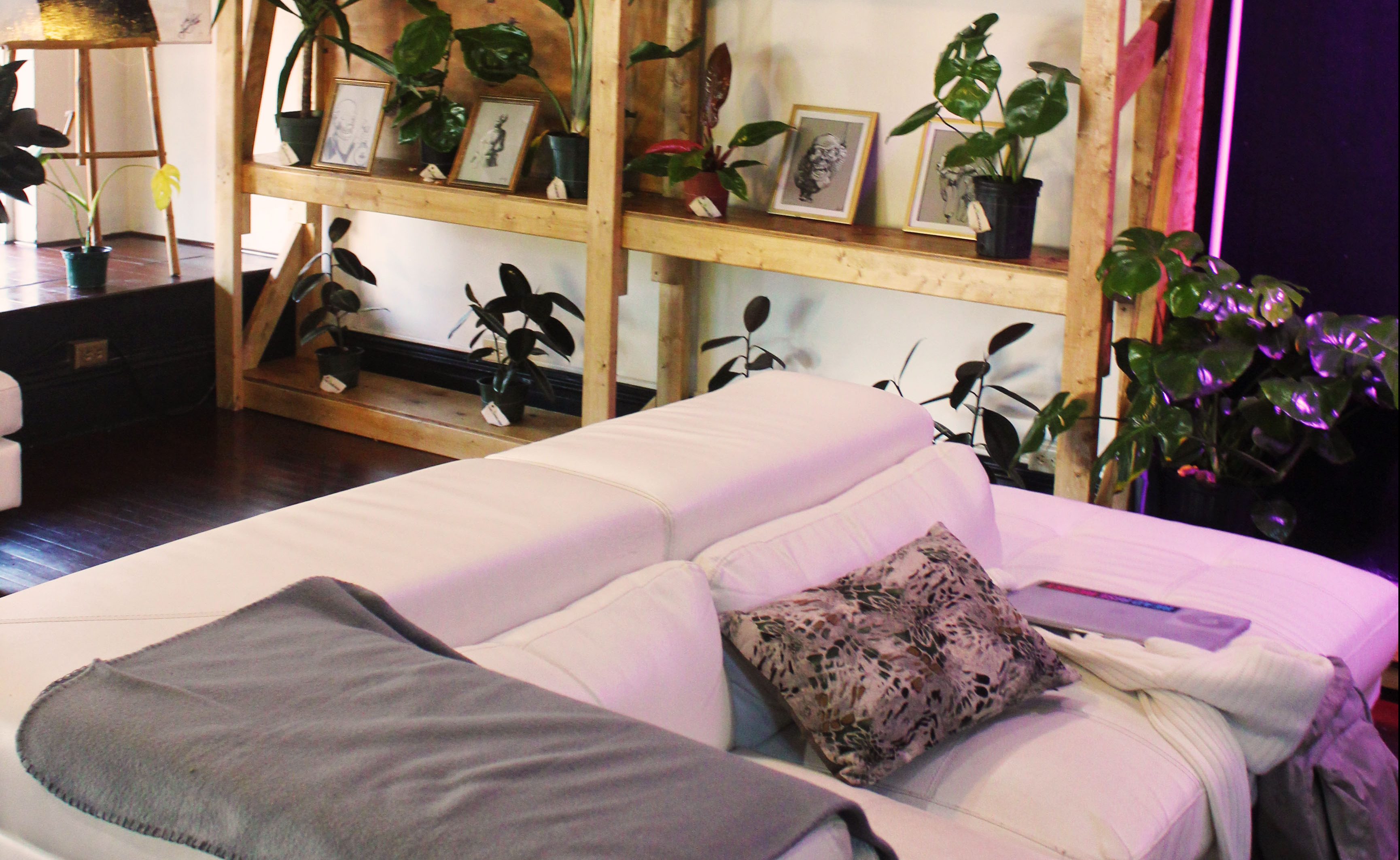 What is The Living Room?

The living room is a plant boutique, so we curate different plants that we think are dope, they’re tropical in nature, and we put them out here for you guys to purchase. It’s also a co-working space, so come in here, do work, chill- and we have artists come in here so it’s a great opportunity to bring the community together, free of charge. We host different events in this space, like yoga classes, we’re about to start a poetry slam too, in December. We have clothing pop ups, art pop ups, we do a thrift boutique called ungrateful bastards- lots of dope stuff, a communal space. And we sell plants!

Where did the name come from?

Ok cool, so… my brother Jacob, he’s the co owner, came up with that. He was in the living room at home, trying to think of a name, then he just sat down on the couch, and as soon as he sits down, he’s like “The Living Room!” It’s like a double entendre.

What inspired you to open the space?

Jacob’s really into plants and nature, I wasn’t, to be honest, I was just a musician. He gave me a fiddle leaf fig tree and was like, “try to take care of this.” I said, “bro I’m gonna kill this for sure,” like, there was no way. That tree is over in the window now, he’s still living, super dank, people make me offers for him all the time. After that tree, it just kept going, my plants grew, a lot of those over there are mine. I got into it, I was looking to invest, and I was like “well bro… let’s do it!” It’s all God inspired, all God guided, we’re very spiritual people, we just follow. 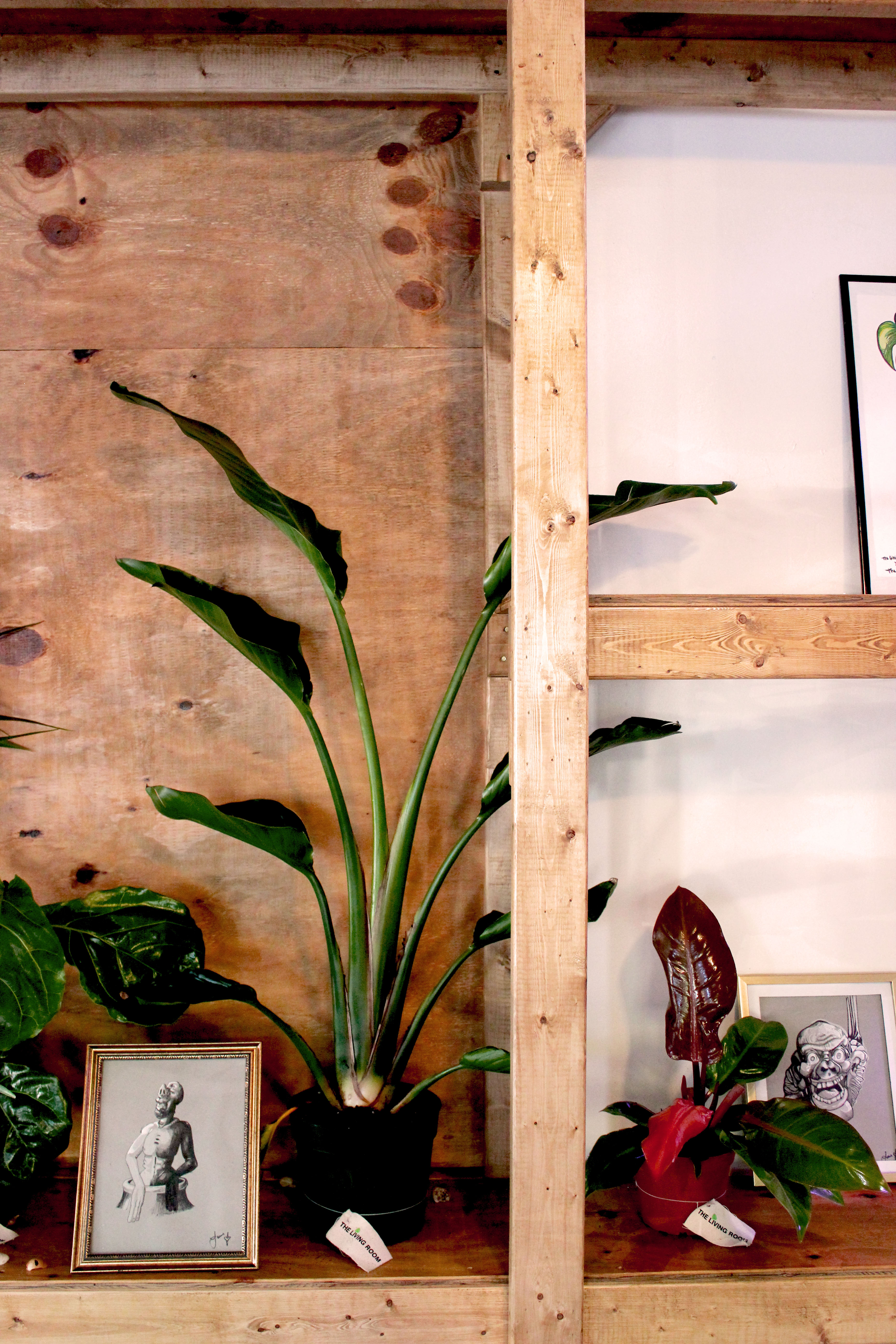 How did art and music influence your vision for the space? Did any specific artists shape that scene here? Or just culture in general?

Yeah that’s everything, I’d say it’s the culture in general. Jacob and I are both musicians. I’m a rapper, producer, engineer, and he’s a DJ, producer, engineer, so our whole idea was to take the things we like, the things we do, our culture, and try to embody it into a space. This is the brainchild of our creative minds, at least one portion of it.

Where would you love The Living Room to be a year from today?

Ooohhh, that’s cool. I would like to see it as a space where when people come to Richmond, they’re coming to The Living Room. Whether it’s celebrities or other horticulture people, I just want it to be a spot where its like- yeah we gotta go to Living Room, gotta pick up a plant. That’s definitely my goal, and of course, I wanna see it help a lot of people too, for sure.

What’s your favorite thing about Richmond? Why open here?

We’re both born and raised here, it doesn’t make sense to start anywhere else. Maybe we’ll franchise out, that’s one of the dreams, but this is home. We can help the economy here, we can help the community here, if we can help the people, why not?

You mentioned growing, would you open in another city?

Yeah, definitely something we’d do. Hawaii’s a spot were interested in, and Puerto Rico. Miami would be cool, I’d love to open there, and New York for sure. We’ll show Cali some love too. 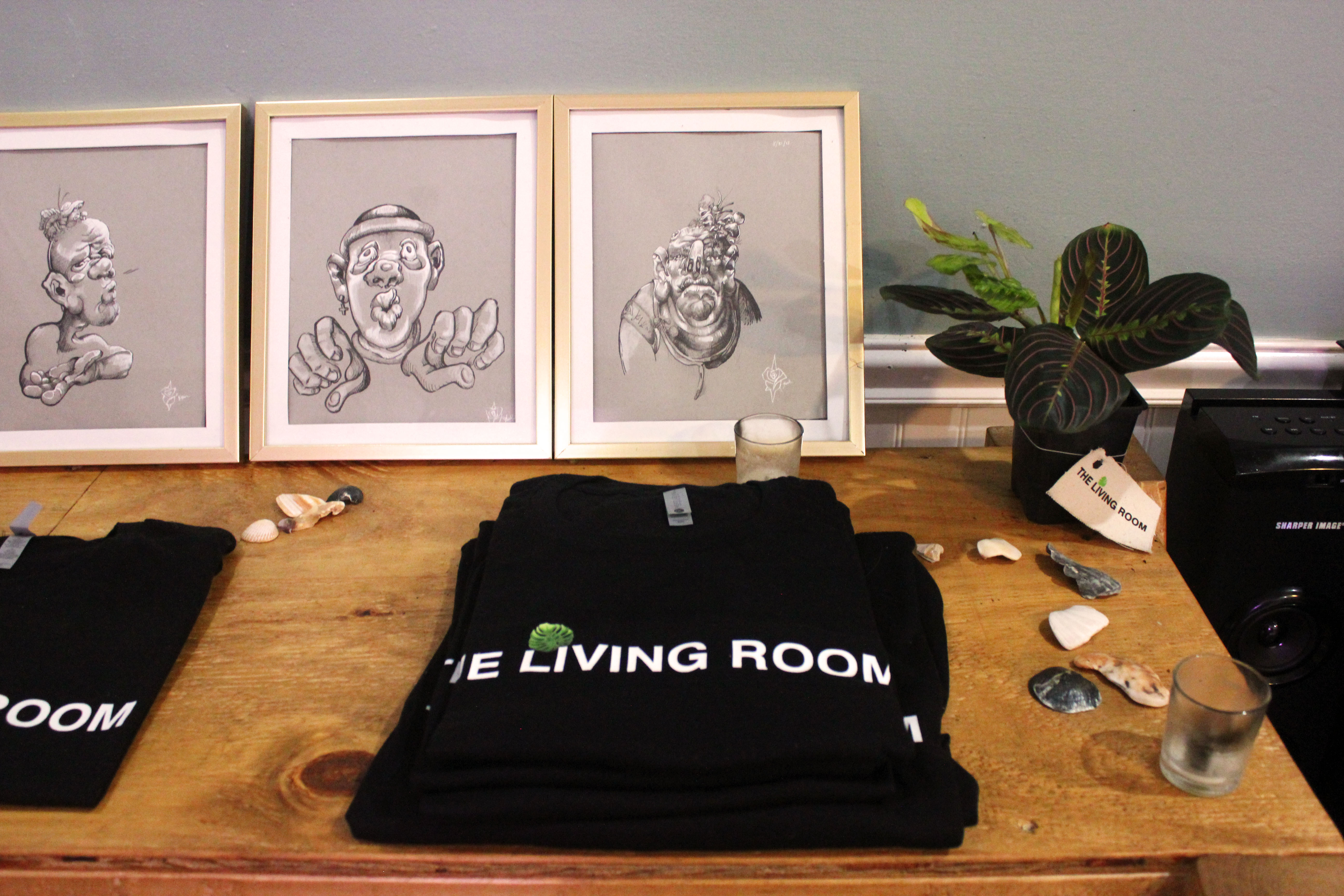 What has surprised you so far, since opening the space?

Oh yeah, all of it. We really were excited to put this space together, but of course you have dreams, like how this will be, how this will happen, even the space in general, we made all from scratch, started from nothing and just went head first. Then CBS-6 was interested, Richmond Experience hit us up, R Home, you guys, it’s just been a blessing, it’s really dope.

Did you have any expectations before opening?

I can’t speak for Jacob, a lot of this is his vision. He brought me on, I added a twist, another aesthetic to it, and I added the finances. I’m on the business side, and I was like, I don’t see many successful plant stores, but something on the inside was like- do it, do it, do it.

The craziest one that always sticks out to me, if you’ve read the CBS-6 article on our opening, we told the story of how I got the money to do this. My house burned down, there was some crazy spiritual entity in my house, we spoke to that whole situation in the article. After we’d been open for like two weeks, five or six kids came in, Jacob and I were both here, it was like a western showdown- they stood in a line and then we stood in a line, and they said tell us the story. I said “where do you want us to start?”, and they said “the demon,” so we all sit on the couch and we tell them the story, it was crazy, pretty cool. But everyday we get to talk to people who are creators, or are creators in their heart but haven’t embarked yet, on their journey. We tell them, hey, there’s a way in this world, a way to grow sustainably, what you want. You don’t have to follow the curve or conform, you can do what you love and still be successful.

Anyone particular you’d love to have a couch conversation with?

Oh Bodega Rose would be super dope. I would love for Sean Wotherspoon to come here too, I actually spoke to him before the grand opening, he wanted to try to make it, so that would be cool, and so would really any influential person who came through.

What advice would you give to someone who wanted to start a business?

Honestly, I can just tell you what we did, we stayed true to the vision. There’ll be so many opportunities for you to cut corners, or to just quit, to say maybe this isn’t smart. There’s gonna be a million opportunities to do that, it happened to me. If you stay true to your vision, to what you believe in, and you put the energy out there, that energy will come back. 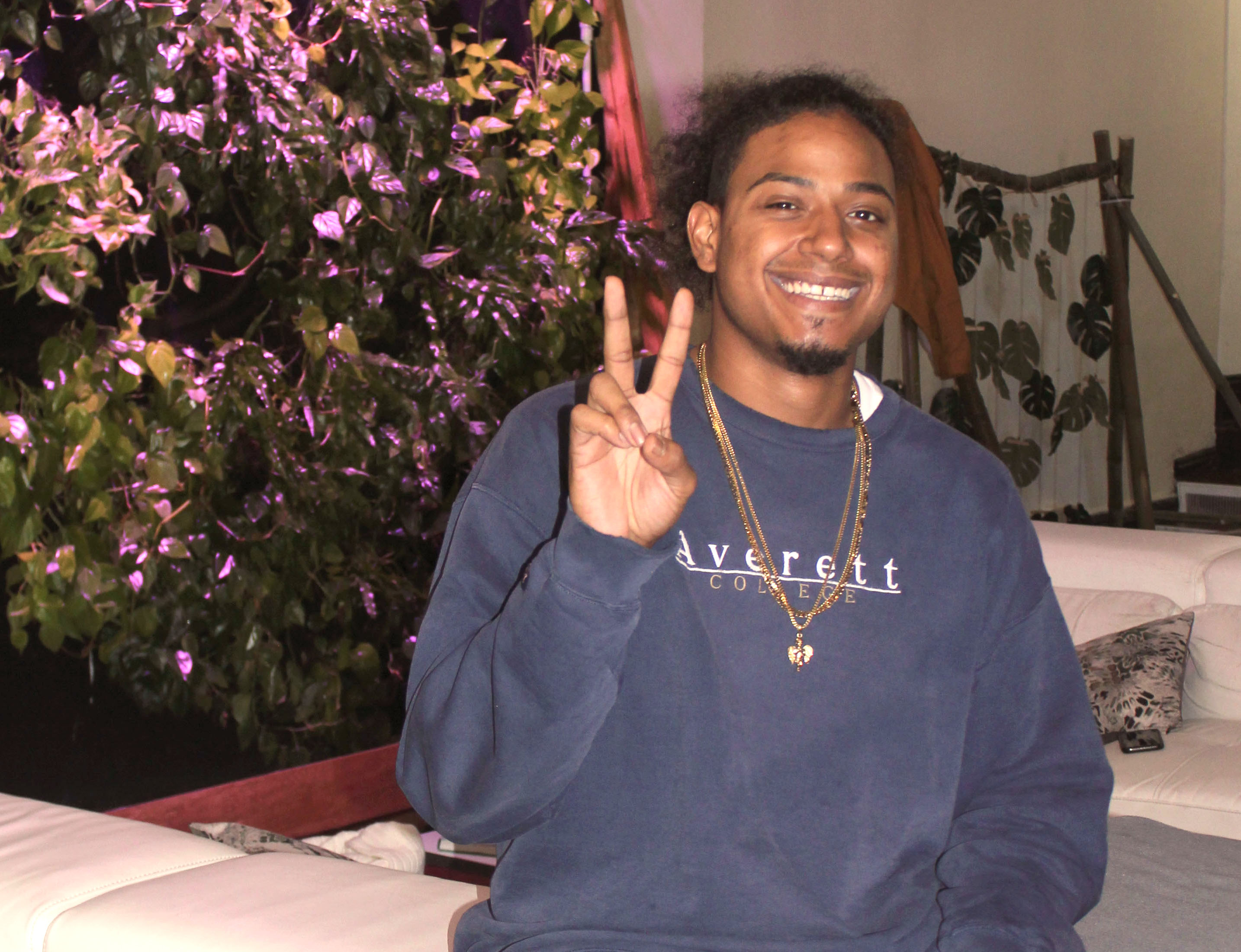 Words and Photos by Cali Carter