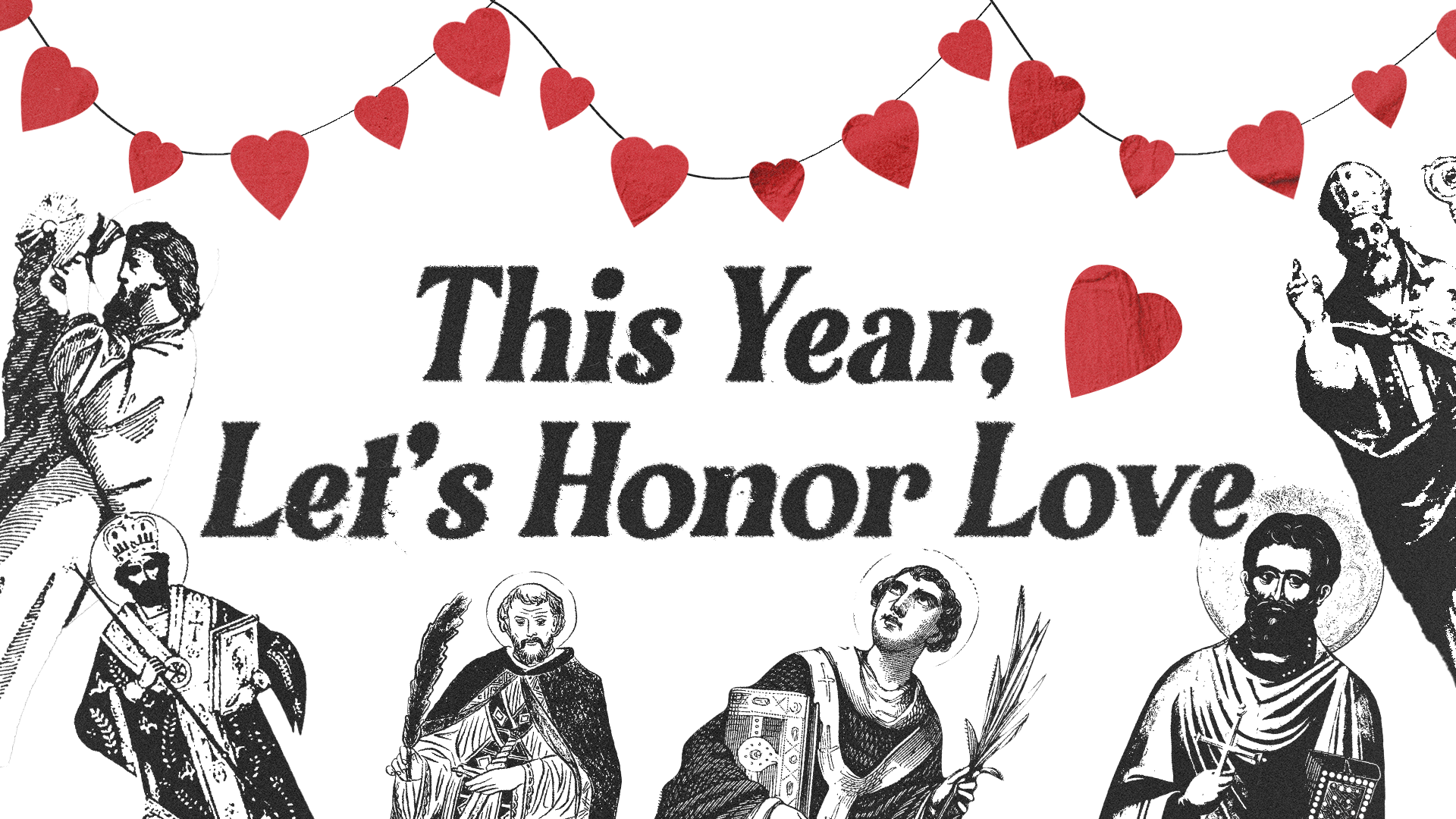 Valentine’s Day. Is it a Hallmark holiday? Yes. Is it a strategic bump to the economy after the holidays to keep up the momentum of capitalism? Also yes.  But is it also an excuse to do things you may not normally feel you have a “reason” to do for a partner (or partners)? An excuse to put on a show of affection the world we live in tells us has to remain under wraps until we are given the go-ahead of a sanctioned holiday? Yes! It’s also an opportunity to consider breaking free from the antiquated notion of needing to reserve special things only for special occasions. Vulnerability has been wrongly categorized as weakness and not strength, causing many of us to hide our affections away, to make our love seem small. This year, Valentine’s Day can be the beginning of a new take on how we display our affections to friends and lovers alike.

It is most commonly believed that the holiday’s namesake, Saint Valentine, lived in third-century Terni, a city of the Roman Empire in Italy. He ministered to Christians who were persecuted on and off by the Romans. The emperor of this time, Claudius II, believed that married men made for terrible soldiers and thus—as any great, logical leader in his position surely would have done—he banned marriage. Saint Valentine disagreed with the emperor’s tactic and waged a war of his own against the ban, marrying couples despite the risk to his life. Unfortunately, on February 14, Claudius is said to have had Saint Valentine beheaded for his crimes against the empire. Saint Valentine was a true martyr for love! Ironically, the holiday has come to be associated with the Roman god of love, Cupid.

So, for Saint Valentine’s sake, appreciate your bonds with those you love and celebrate with one another! For those of us here in Richmond, here’s a brief list of places to go and things to do with your Valentines:

1. Cook a meal with the ones you love:

Avoid the Valentine’s Day crowds by picking up supplies for a meal you and your special someone(s) can prepare and enjoy together. Creating a dish with everyone involved can be a very intimate experience. Cooking can be quite a meditative and centering activity. It can press you to focus on being present with your actions. Nothing leads to love, knowledge, and intimacy more potently than being centered in body and mind. Even if you are your own Valentine this year, spend your day nurturing yourself and your body with fresh foods you’ve labored over and created for the sole purpose of making yourself feel marvelous and worthy.

2. Let’s Do Dinner: A Night with Antoni Porowski:

Valentine’s Day evening, Antoni Porowski of “Queer Eye”—along with his massive biceps—will be at The National as part of his “Let’s Do Dinner” book tour. According to his site, “he will demo recipes from his latest cookbook ‘Antoni: Let’s Do Dinner,’ answer your kitchen questions about everything from simple but special post-work suppers to casual entertaining tips, and let you in on the secret weapons that get great food on the table fast.” Tickets can be found here!

You, the boo, and the crew could also head to Hotel Greene for an evening of friendly competition. If you haven’t been, or haven’t even heard of Hotel Greene, it’s worth checking out for the vibes alone. It’s like playing putt-putt through the sets of Carol, while also feeling like there may or may not be a ghost just a step behind you. It’s a good time all around, even for the least athletic of us. As a bonus, no small children after 5PM.

Stemming from the same era as Hotel Greene, Grandstaff & Stein Booksellers is not the establishment it appears to be. Upon entry, it looks as though you’ve entered a small antique book shop. You’ll be greeted by an employee behind the counter who may ask you for the password. Once provided (weekly passwords can be found on their website), the host will open the bookcase by the desk and lead you back into the speakeasy. Here you can order from a full menu of food and a massive menu of drinks.

If you really want to have a night you’ll never forget, head to The Broadberry Valentine’s Day evening to see That 1 Guy performing his new show “In the Gnu Gnargaverse.” The show itself certainly isn’t something I’d deem to be romantic, but, for me, the best parts of so many relationships are the memories made within them. Some of the best memories I have with friends, family, or partners have always been the ones where we look back and think, “Do you remember (insert generally deranged/hysterical/unbelievable event here)?” This show is certainly bound to be one of those events.

No matter what, listen to your heart. Even if you have a whole day planned with yourself, your boo, or boos, be willing to be flexible! Nothing kills the vibe faster than having a plan thwarted by some unforeseen circumstance and not having the ability to simply pivot or be spontaneous. You arrive at the restaurant and it turns out they “never got your reservation?” Fine! Go to the takeout place down the block and get twice the food for half the price. The movie theater was sold out? Get online and find a random local show to go to instead. Make sure the focus of your day is on fun, love, and connection.

This year, when you ask someone to be your Valentine, whoever that may be (strongly consider making that hottie in the mirror your Valentine this year) think hard about what you’re asking: Will you fight for love? Will you stand up in the face of injustice and intolerance? Wage war on those attempting to douse the flames of affection, platonic or passionate? Fight for warmth, intimacy, tenderness, devotion, and compassion?

This year’s Valentine’s Day can be one of personal revolution! Make this day something truly special, a day for reflecting on and being grateful for love gained and lost, a day that reminds you not to cordon off your emotions until our culture tells you you’re allowed to show them.

Let’s change how we think about this holiday. Let’s not allow for it to be a commercialized parade of candy hearts and slave-labor stuffed animals. Let’s honor love!

So, will you be my Valentine?