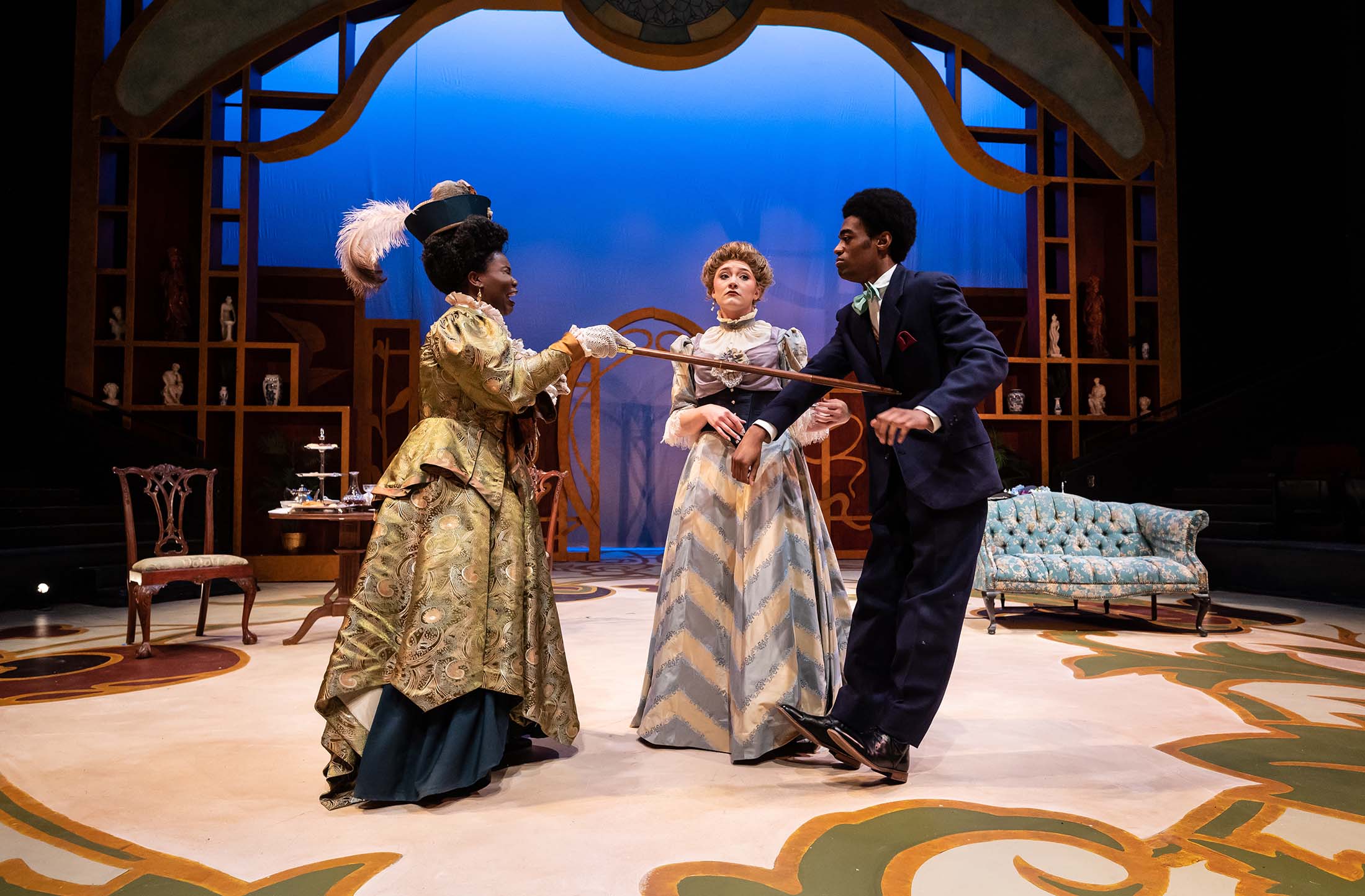 Why might I have called this play silly? Certainly, it is because the play is all about what the wealthy citizens of London, in the late 1890s, do when they are bored: go out to dinner and brag about their importance.. Every character plays a part, a part of wealth and sophistication that society has told them to play.

VCU Theater opened their adaptation of the play on October 6th through the 9th and played their parts so ridiculously that they could’ve made their own characters gasp. This storyline could be at times dense, but the performers did a good job of uniquely lifting the portrayal of the boring everyday lives of the characters off the ground.

Charlotte Grace Smith played the part of  Gwendolyn perfectly by elaborating on her wealth and showing off her dramatic stances on minimal things like first names. She giggled, she gasped, she swayed her hips, and stomped her feet on and off stage to prove the point that Gwendolyn (Smith’s character) is such a spoiled apprehension of wealth and boredom. Not to mention, the brilliant purple and mauve colors that costume designer Christopher Goode draped her in. All the details, including the vibrant hat, lacy necktie, and sleeves, added to her stubbornness and idiocy.

However, Gwendolyn had a foe in the play. And her name was Cecily. Although a lot of us college students and young adults prefer to put our childhood and adolescent tendencies behind us, Cecily, played by Kylee Márquez-Downie, brought out the silly little teenager we all had within ourselves at one point. She absolutely dreaded doing school work, wrote all her secrets in her diary, and dreamt about her fake fiance: Earnest. Dressed in all pink, the audience got the notion that she is a bright ray of sunshine that flutters across the stage and makes the audience laugh at her immature stubbornness.

Despite the fact that watching a two-in-a-half-hour play that is more than 120 years old may sound dreadful, it was actually rather tastefully done. While I’ve always been a fan of Oscar Wilde’s novel The Portrait of Dorian Gray, I had always found his plays to be monotonous and tedious. Although I can’t ignore the fact that VCU Theater made the production rather bright and silly, there was still the underlying tone that this play, from a directorial standpoint, was overall drab and potentially unfinished.

There is not much soul behind the wealthy characters and the only main theme surrounding the story is that lying about your identity can actually work out in the end. No meaning was taught, and no lessons were conveyed.

But rather than categorize this play as bland and amateur, the theater program did a brilliant job involving fine art students in all aspects, including sound, lighting, set design, costumes, hair, and makeup. Fully student run, it felt almost professional.

A final concluding shoutout to all the actors and crew members who made “The Importance of Being Earnest”truly earnest.