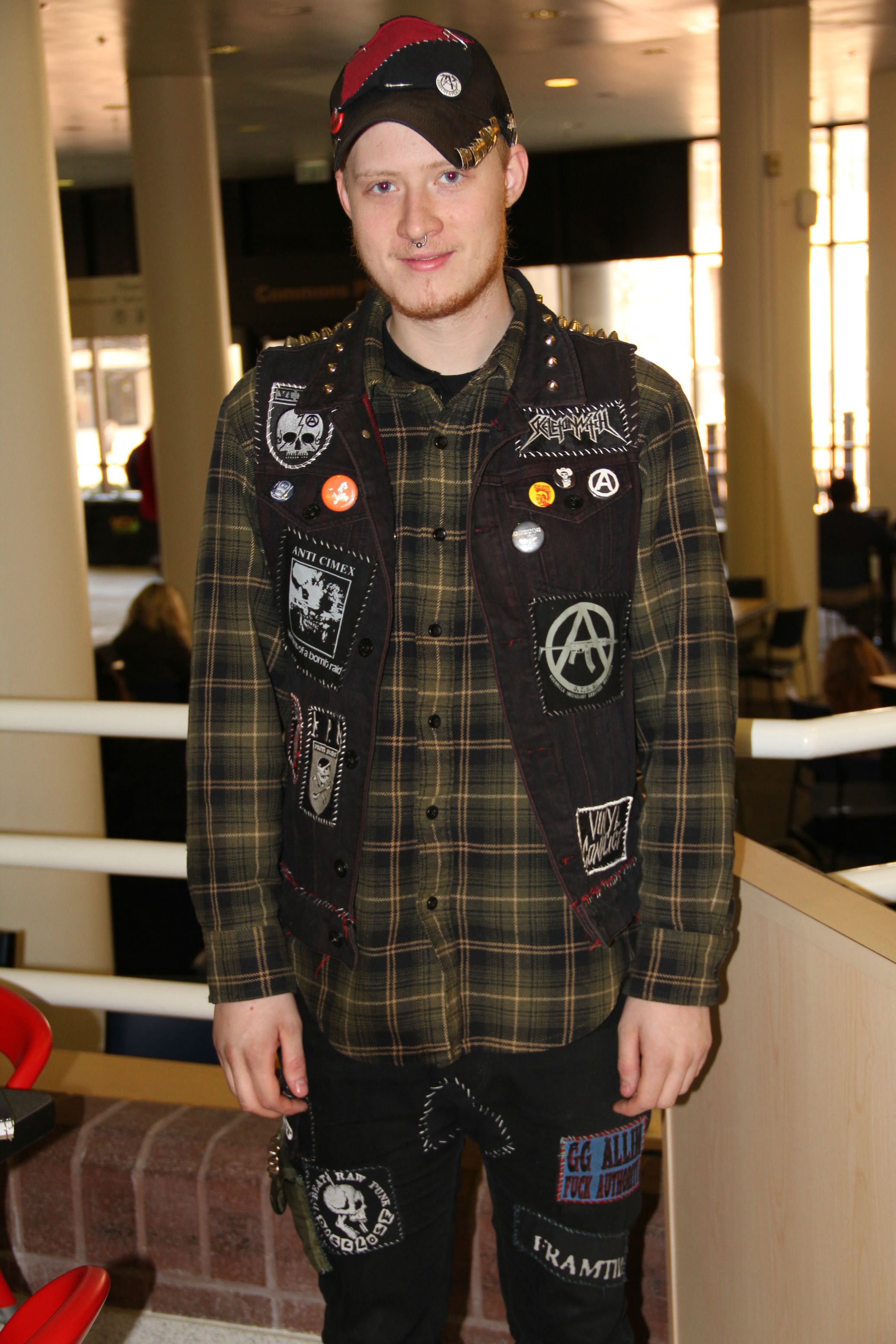 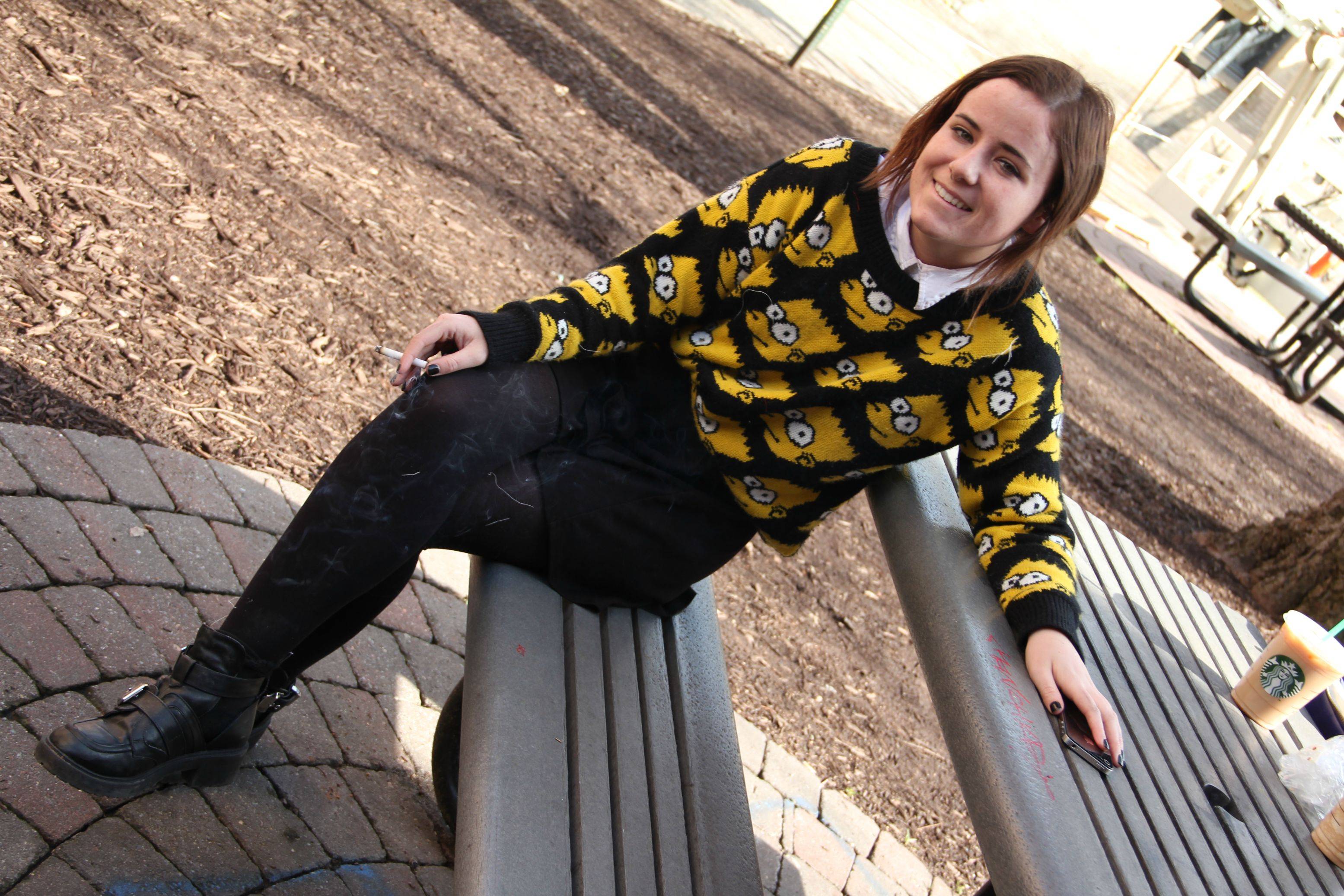 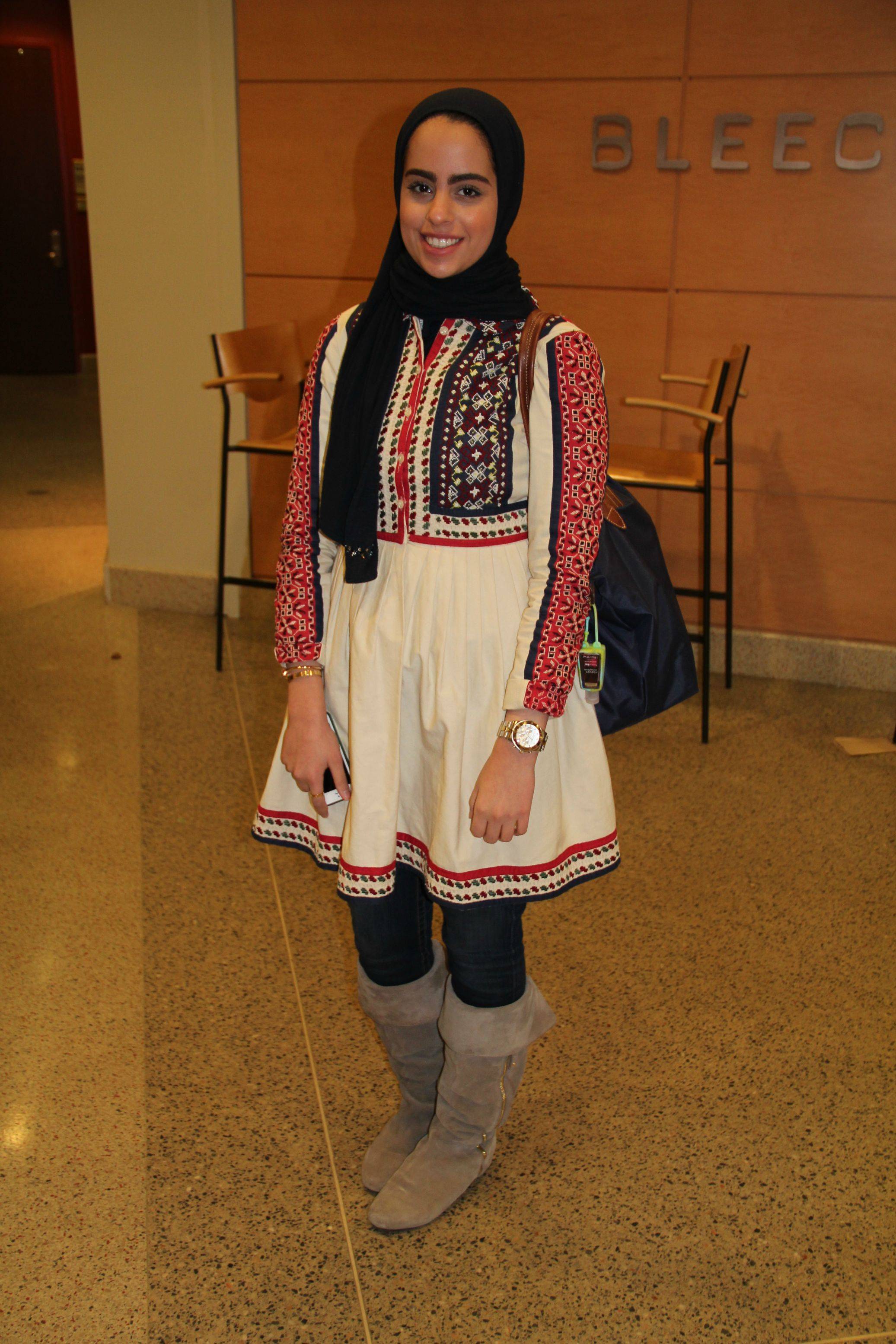 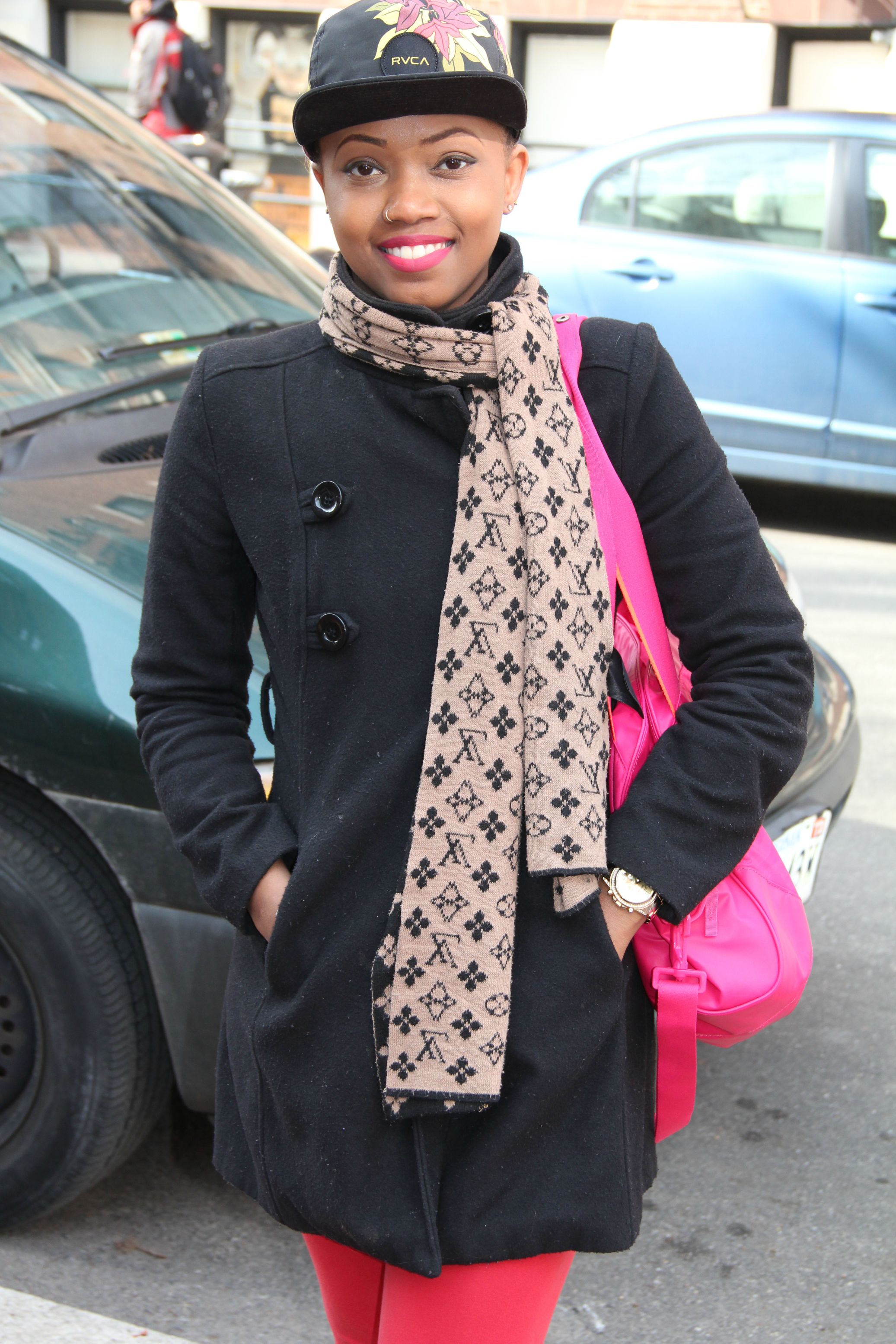 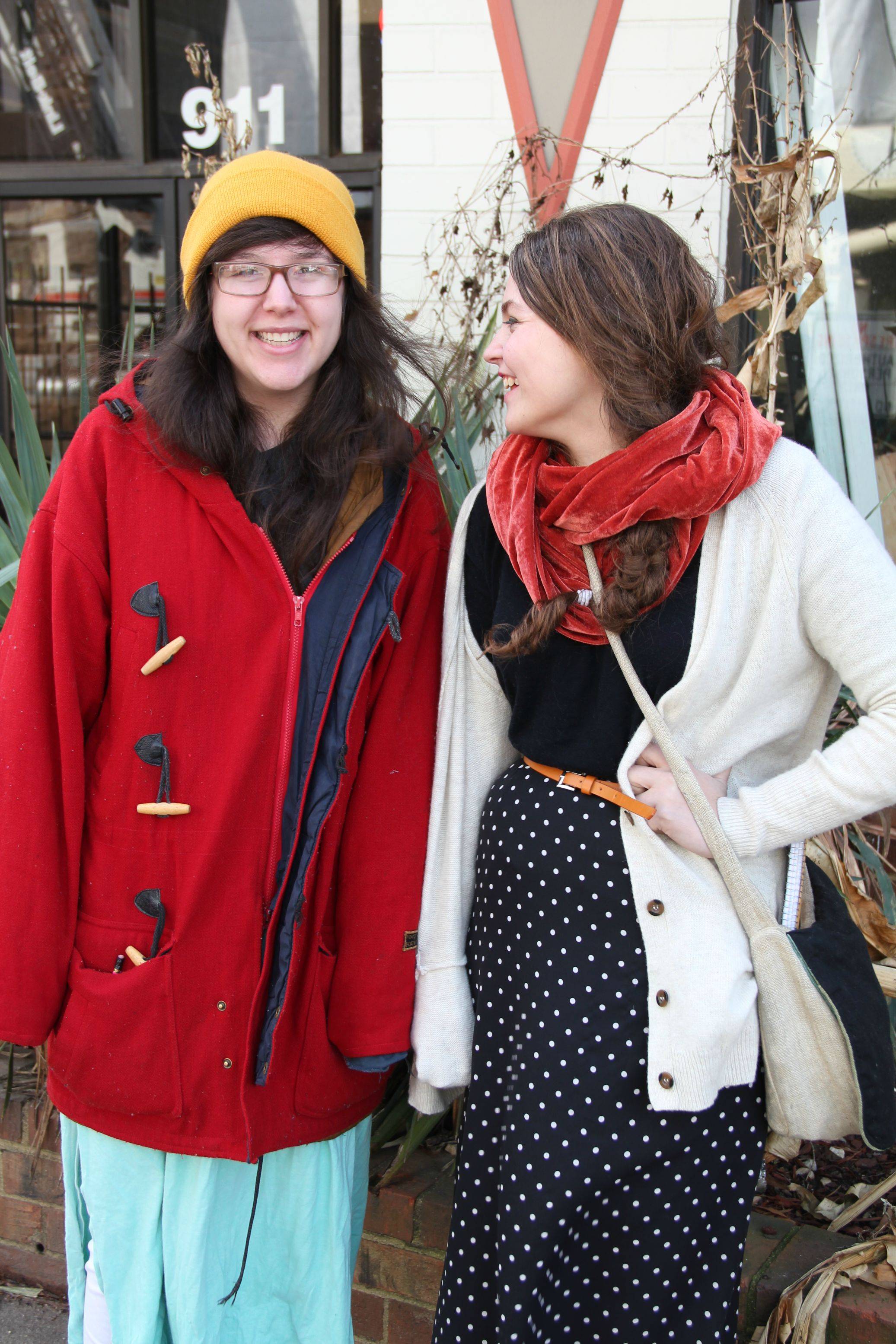 Lucy Dacus and Carson McNamara, both in Art Foundations.
Lucy is wearing her mother’s jacket from the 1980’s, her grandmother’s skirt (also probably ‘80s), Leggings from Goodwill Outlet (“…you can buy clothing by the pound!”), hat taken from Jimmie Lee Jarvis. Carson is wearing a scarf from Mod Cloth, and a skirt and sweater both from H&M. 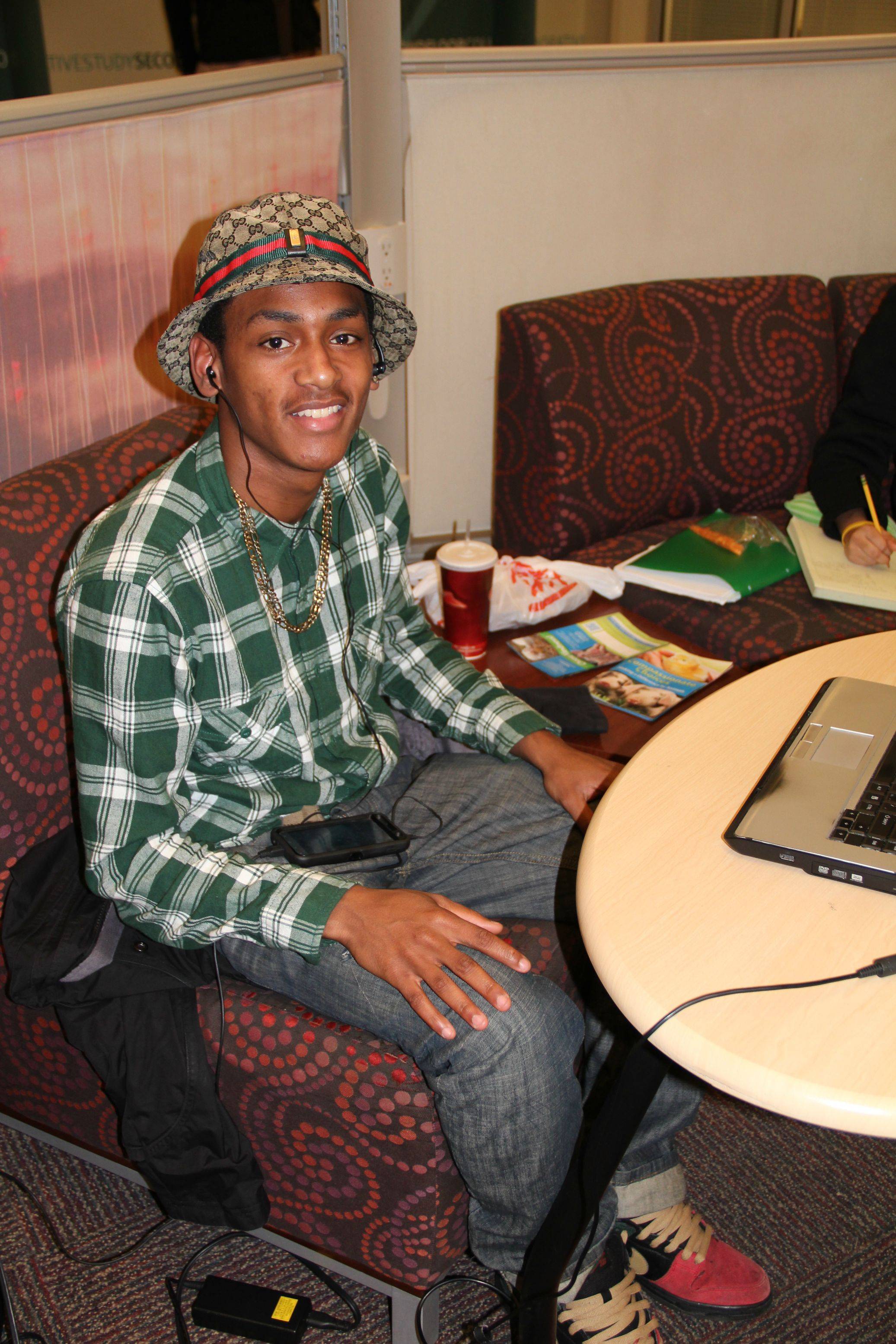 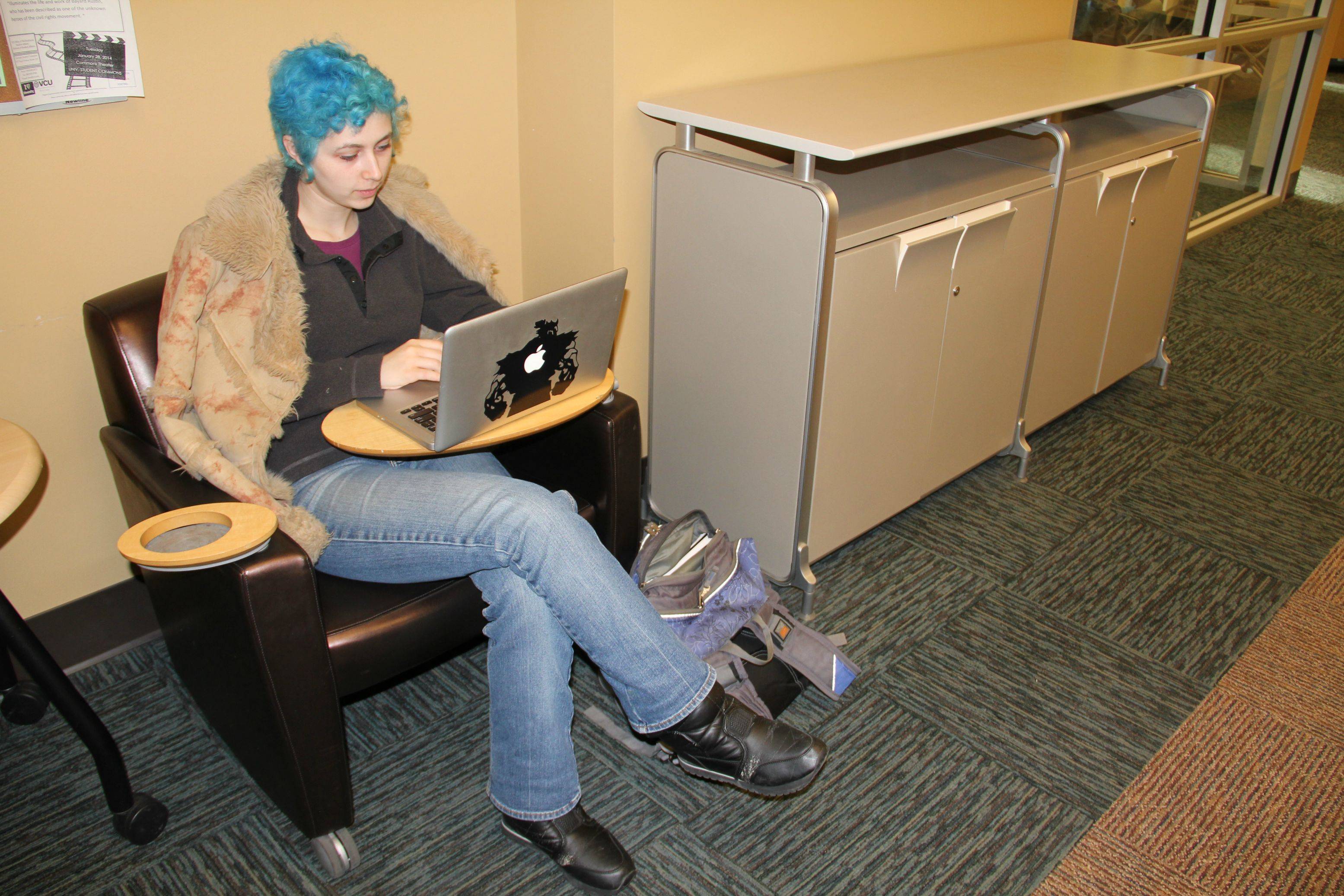