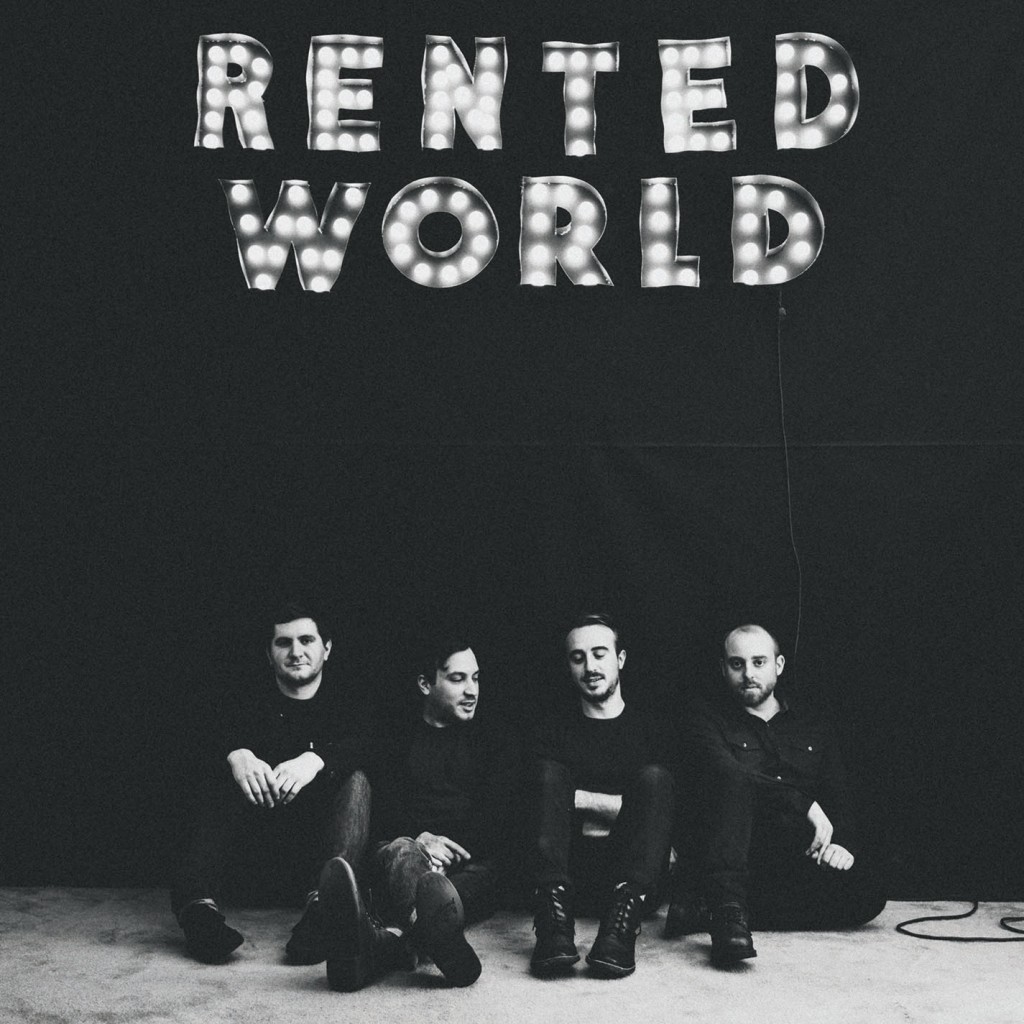 The Menzingers might be all that I need to make it though finals week; aside from a disturbing lack of sleep and grotesque abundance of tea. The Philadelphia based pop-punk band has been chugging along for near 8 years now and have yet to mend the chip on their shoulder. This may not be the best thing for them personally but I couldn’t be happier. With their new release “Rented World” the longing lyrics, and aggressive side of a sometimes too poppy genre come forward. The Menzingers manage to show they still have stories to tell and a cathartic experience to provide, with a solid mix in the dynamics between and within songs.

The record opens up with “I Don’t Want to be an Asshole Anymore.” The aptly named track includes rather honest but self-deprecating lyricism that forces some personal assessment. It is the kind of song that ends and makes the listener wonder if they too are that good of a person with all the lies we all tell. All of this is accompanied by the chugging guitar and gang vocals that have allowed the Menzingers to come to the forefront of the pop-punk genre.

The album later takes a dip in tone and becomes softer and more melodic as “Transient Love” comes through the speakers. With a drum beat that starts to become hypnotic in its fluid repetition. And a bass riff that lures you in even more. As the song progresses in the same fashion, keeping you entranced, singer Tom May comes in to connect to the disheveled and sad, singing, in a broken voice, “All I ever wanted was to make things right ” throughout the song. With each iteration it rings more true, and by the end of the song you realize the music has built and you’re probably crying somewhere in the corner.

“Hearts Unknown” moves from interior criticism, and heart broken melancholy, to an assessment of the outer world the song hits the final of the sad bases on the way to a home run. In it Tom May scoffs “They’re staring at their phone and calling it communication.”

“When You Died” is the token acoustic track of the album but doesn’t follow the course of a depressing love song. Instead it becomes a touching remission of a good friend. The song explores the mourning of their death, the close times shared, and a question that feels like it should be belted in anger but instead falls softly from a weak voice of “Where do people go when they die, how do you keep them alive, how do you make sure that something like this won’t ever happen again, how do you make sure something like this won’t ever happen again, not to any other, any other friends.”

While some songs are stylistic b-sides to the bands previous albums, there is also a good amount of softer exploration as well in “Rented World.” The band manages to keep all in line and tread carefully across a tight rope with the chasms of change and stagnation waiting on either side of their balancing act.