On June 16, 2019, HBO’s series Euphoria first premiered, and it was an instant hit. The show captured the hearts and minds of the masses. From its compelling cast of characters, tight knit and nuanced storytelling, and unique visual aesthetic, it’s not hard to see why. The show spoke to a generation of viewers and made them feel seen. While most high schoolers weren’t out getting drunk at college parties and overdosing on drugs, the show perfectly captured the feeling of being a teenager. The contradiction of everything both not mattering yet at the same time being the most important thing in the world. The way things at high school can feel like the end of the world, even though there’s so much more waiting out there. When the show wrapped up its first season in August, the future looked bright, and its fan base would only continue to grow with time.

March of 2020 saw the pandemic hit the states, and with it came lockdown. The filming of many shows was shut down, including Euphoria, and the second season’s production was postponed until it was safe to begin filming again. However, during the pandemic, there were two specials released, each revolving around one of the two central characters, Rue and Jules.

I’ve always had a special connection to Euphoria. Trans representation was hard to come by, and while great shows like Pose existed at the time, there wasn’t any show besides Euphoria that spoke to my experience as a trans youth. Jules spoke to my experience in a way no other character I’d seen before had. Kat spoke to my insecurities and my self doubts. In a lot of ways, Euphoria was my comfort show. But no piece of media has ever spoken to me the way that the Jules special has.

“Honestly for me, being trans is spiritual. Y’know it’s not religious, it’s not like, for some congregation, it’s for me. It’s mine. It belongs to me. And I don’t ever wanna… stand still. Like, I wanna be alive. I mean, that’s what this has always been about, it’s like, staying alive.” -Jules

The statements that this episode communicated were feelings that had always been in me, in the recesses of my mind. Thoughts so true about my trans experience, but feelings that I’d never been able to put into words. This show gave me so much, and so, to no one’s surprise, I was a big fan. When season two premiered, I was hyped. I mean, how could I not be? Season one was incredible. Surely season two would be too, right?

A Trans Girl Wearing a Binder

When season two premiered, it was fantastic. Or, at least, I thought the first two episodes were. Jules was a tad underwritten in the first two episodes, but I chalked it up to the season having new focus characters. It seemed to be less about Rue and Jules and more about Maddie and Cassie, but that was okay. Jules was still in the show, and she’d get her moment soon enough. Then, in episode 3, she finally got it, but it wasn’t what I’d been expecting. It was something else entirely.

The first scene that Jules appears in has her being shamed by two cis people for her sexual choices, history, and her choice to wear a binder. Her decision to move away from heteronormative gender presentation and her realization that she’s not attracted to men were laid out quite eloquently in the Jules special mentioned prior, and yet here they were scrutinized for comic value.

“She doesn’t want to answer that question ‘cause she’s kind of a whore.”

“How many men do you have to fuck to no longer be interested in them?”

“That’s like a mentally ill amount of people to fuck.”

“You’re a trans girl wearing a binder asking me whether I’m straight or gay.”

Directly afterwards, we’re treated to a sex scene between Rue and Jules, in which Rue puts her hand down Jules’ pants and rubs her genitals. The entire scene has the camera eyeing her body up and down, with an emphasis on her crotch (covered by her jeans). While it’s a common complaint that this show sexualizes underaged characters, it’s a complaint fans usually brush aside. It’s a teen drama after all, and that trope is a fixture of the genre. However, in this case, I feel that it needs to be called out.

However, in this scene, it didn’t feel very equal. The camera seemed to have a fascination with Jules’ body. A fascination that, as a trans girl, felt all too familiar to me. 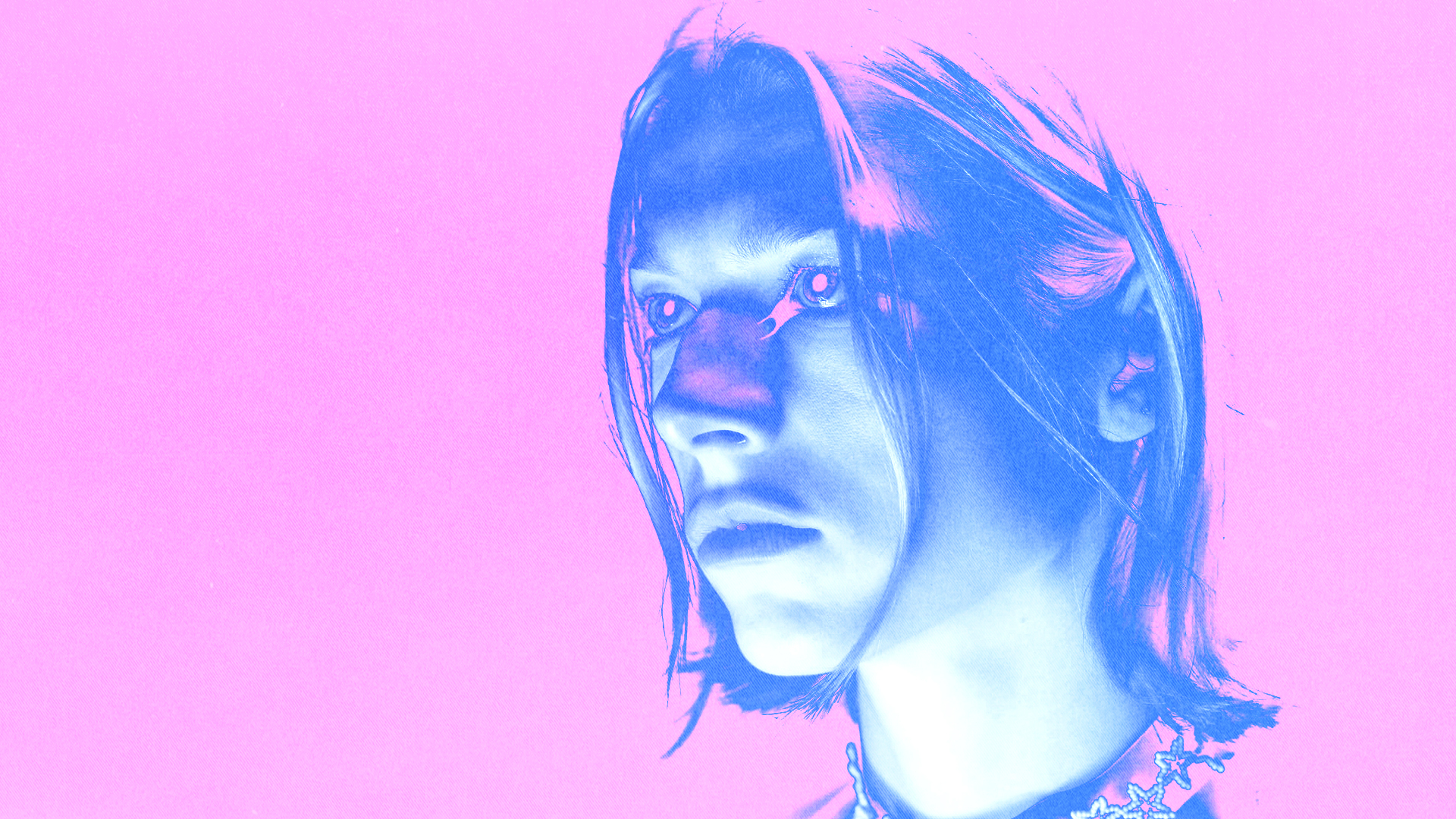 We’re also treated to a series of clips showing Rue, Jules, and Elliott playing truth or dare. In one clip,Elliott dares Jules to “take a piss in the middle of the street.” She replies with, “Genderfuck me, please!” and we watch from behind as Jules steps out of the car, walks into the middle of the street, pulls down her underwear, and pees. It was at this point in the episode that my discomfort peaked. The scenes prior were uncomfortable, but I was willing to let them slide. Maybe it was just the tone of the story, maybe this would make sense later on. After all, the characters’ motivations in this show didn’t always make sense right away. This, however? There was no benefit of the doubt for me to give.

There are two readings of this scene. The first is that it’s a joke. We watch her pee while Rue and Elliott laugh and shout out, “Wow!” When a car comes in her direction, she turns back to Rue and Elliott, not wanting to flash an unsuspecting stranger, and the two of them are presumably greeted with the sight of her (still urinating) genitals, as Elliott shouts out, “Not on the car!” This would be a joke where the punchline is a trans woman’s biology. The punchline is the fact that Jules, a girl, has a penis. Of course, it’s only furthered by the gawking and chuckling of two cis characters as they watch her do this. This is, perhaps, the most charitable reading of this scene.

The second reading of this scene is that it’s fetishization. All too frequently, trans women are made the sexual object of cis mens desire, and every episode of Euphoria is written and directed by Sam Levinson, a cis man. In season one the gaze directed at Jules was described by many as “trans-amorous.” It’s hard not to fall in love with Jules when watching the show. However, this was anything but. As this season is much darker, the view towards her is much darker, and it comes off less like a trans-amorous gaze and more like a sick fascination with Jules’ anatomy.

This specific fetish towards trans women is not new. Trans women are fetishized by cishet men not infrequently, and men being turned on by the fact that we can pee standing up is all too common. Seeing a scene like that in this show made me feel gross. Watching it made my skin crawl. Not because I think trans women should be ashamed of their anatomy, or because there isn’t humor to be found in the trans experience, but because the fact that this was written,made it into the final cut of the script, acted and filmed, and still found its way into the final cut of the episode.

It feels like someone behind the scenes is getting off on it.

I’ve loved this show for a very long time, and there’s a part of me that always will. It gave so much to me and got me through some really tough times, and I’m always going to be grateful for a show like this hitting the screens and being as big as it is. But there is a danger that comes with its reach. There’s a danger in portrayals like these being put out there. So many people watch Euphoria, and most of those people don’t know a trans person in their day-to-day lives, at least not super well. That means what they see on tv is informing what they think of these people. That means that creatives who put trans characters in their work need to be more careful. Allyship is important, but it’s also important for allies not to pass their place. They need to remember that at the end of the day, they are still outside of these communities.

I watched this show with a friend of mine, also a trans girl, and we were both shocked by what happened on the screen in front of it. I was uncomfortable, but she was even more so. I think, in writing marginalized characters, especially trans characters, sometimes it needs to be asked who these characters are made for. Are these characters written for the trans community, to represent them? Or are they written for a cis audience, to please a cis gaze? I can’t speak to the intentions of Sam Levinson. I don’t know him personally.

But this portrayal of Jules? It wasn’t for me.